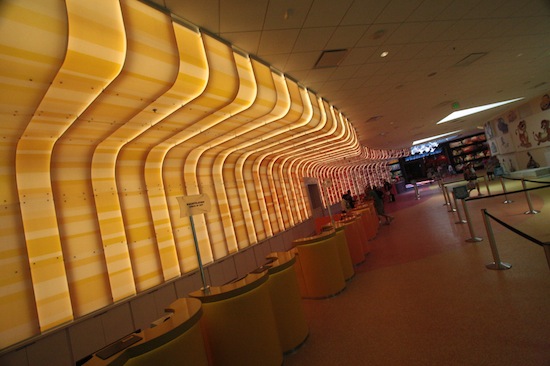 It’s a banner week in Orlando, when that rarest of events occurred: the opening of a new full-sized Disney addition. More than a ride, a new resort hotel is a bigger deal, and it doesn’t happen often these days (compared to the 1990s). The Art of Animation replaces the second half of Pop Century, and it’s extremely well-themed. We take a look around in photos.

Snow White’s Scary Adventures closed this week, and the Disney parks saw other small changes such as new signs at Dumbo and Storybook Circus. Car Masters Weekend at Downtown Disney brought a classic car show and other goodies. And the Highland Games opened at Epcot’s rose garden to celebrate the upcoming movie Brave.

Outside of Disney, Wet ‘n Wild opened its new Blastaway Beach, a kiddie water playground that is just as welcoming for adults as it is for kids. What a week of new stuff!

CORRECTION: Finn McMissile was at last year’s Car Masters Weekend. The Finding Nemo pool will be the largest at Disney’s Art of Animation.