Photo Finds: Take a look at this year’s Food and Wine Festival at Epcot 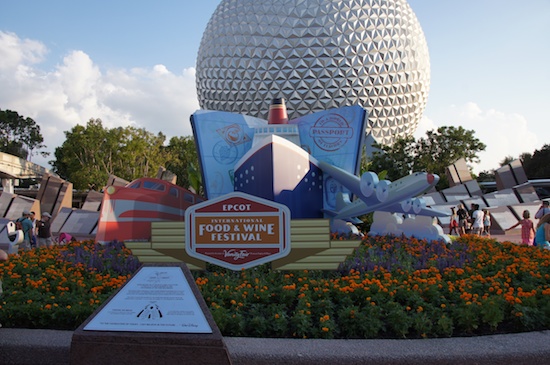 The 16th Epcot International Food & Wine Festival is happening every day until Nov. 13, 2011 and many good tastes, classes and music artists have returned. But there’s also a lot of new things to see, do and sample. Here’s a look at what I noticed during my two visits so far. My family and I have sampled many of the food choices, look for a gallery at the end with descriptions. On our way to Epcot, billboards around town showing many of the different food times available taunted us. 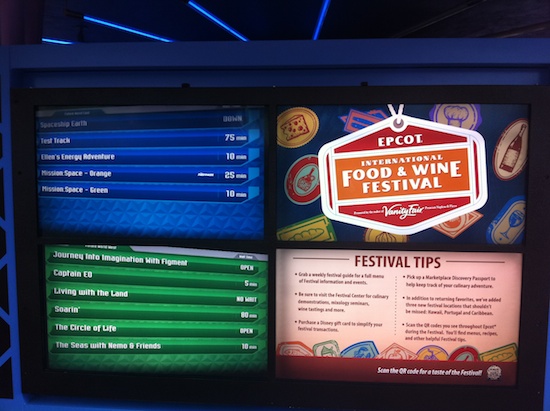 Epcot has a new tip board display which is not only giving ride wait times, but information about the festival. During the first few days of the festival, the board was showing Tweets with the tag #EpcotFW11, but they seem to have stopped showing those. 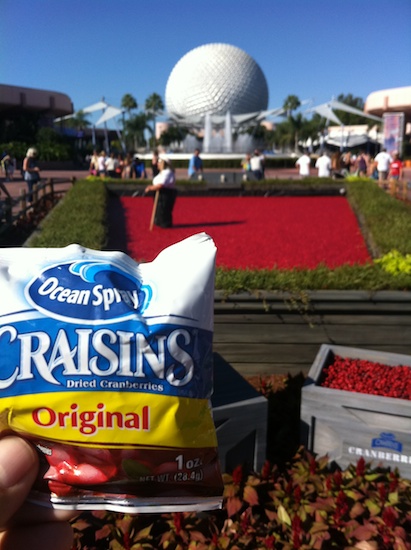 Ocean Spray is a new sponser at Walt Disney World and they have a cranberry bog display set up in Future World. They’re also giving out free craisin samples from a kiosk nearby. 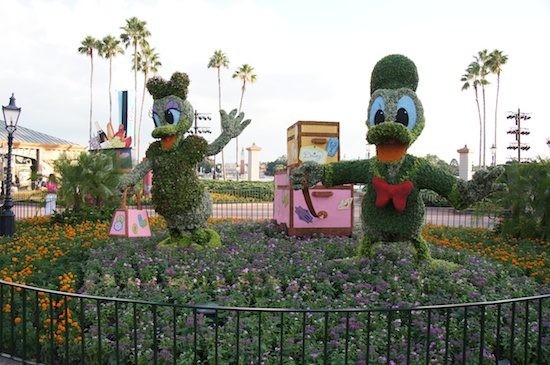 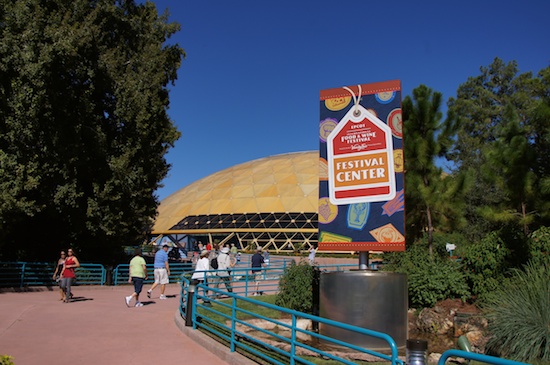 The former Wonders of Life building is once again being used as the Festival Center. Many cooking and wine classes are held in here, as well as merchandise sales. 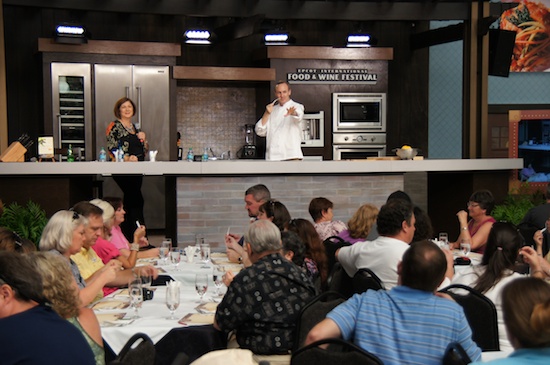 The “classrooms” look great this year. They’ve really spruced up the area. 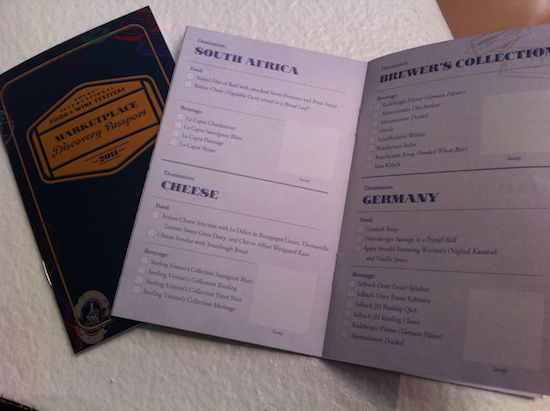 You can pick up a free passport in the Festival Center and have it stamped at each different kiosk as you eat and drink your way around the world. 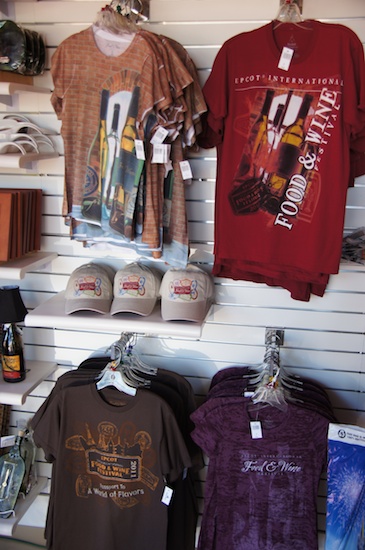 In addition to the Festival Center, there are stands set up around World Showcase selling merchandise. Here’s a look at a few of the T-shirts that are for sale. 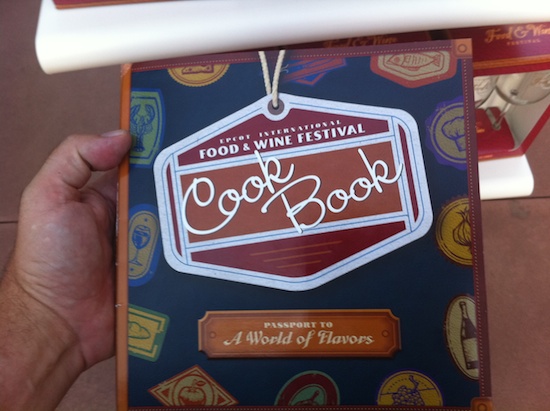 As usual they’re also selling a cookbook with recipes for most of the food items available during the festival. 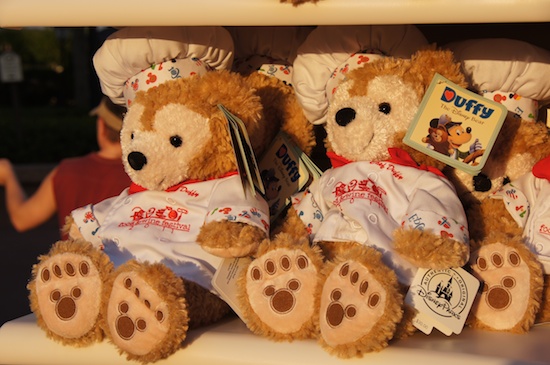 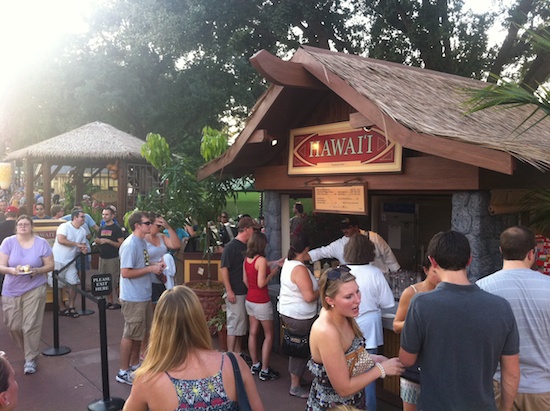 Here’s a look at the new Hawaii kiosk. Of course, there’s a stand next to it giving out information about Disney’s new resort in Hawaii, Aulani. 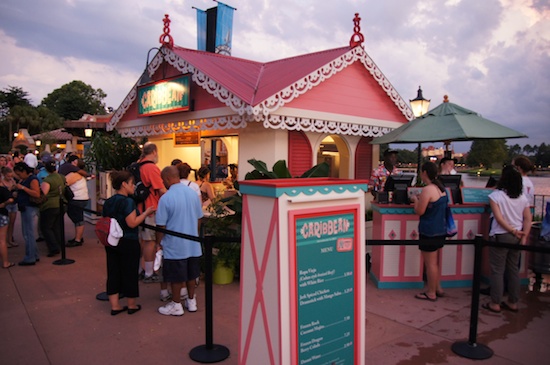 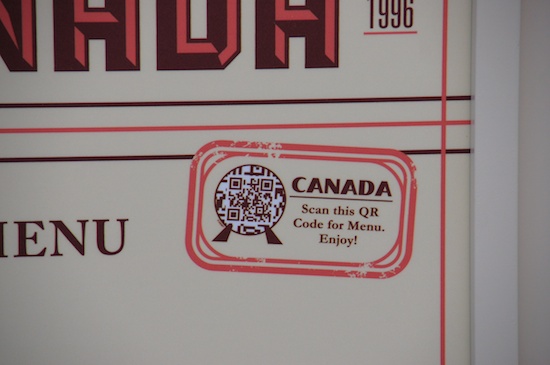 New this year is a mobile website guide to the festival. Just scan this code on any of the menu boards to be taken to that particular kiosk’s page in the guide. You can even scan this photo of the code. Go ahead, try it… 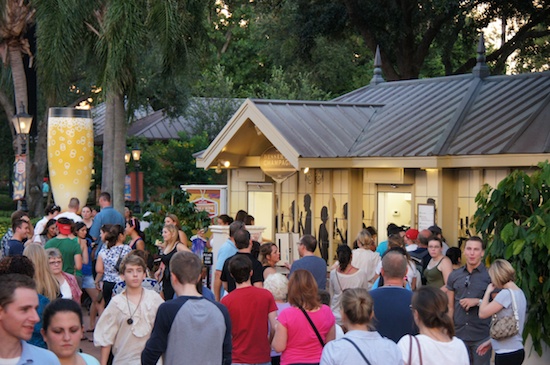 This is a permanent stand that usually sells typical theme park foods, but for the festival, it’s been converted into the Desserts & Champagne kiosk. 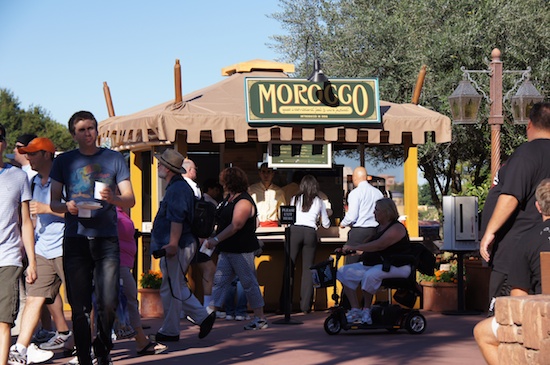 It used to be that most of the food kiosks were just standard looking small buildings, now they have taken on the theme of the kiosk. 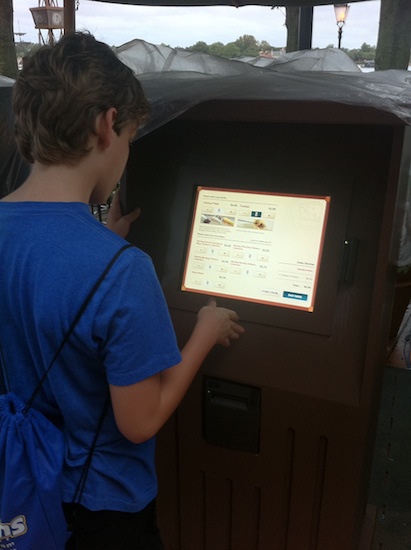 The Cheese kiosk had a self-serve touch-screen for placing your order with gift card or credit card. Since they weren’t at all the food kiosks, I assume this is a test they’re running. We found them easy to use. 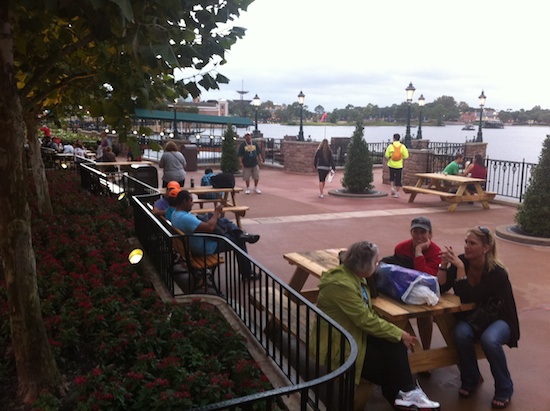 Many icnic tables have been added to this part of the Germany pavilion. I’m not sure if they’re permanent or were brought out just for the festival. 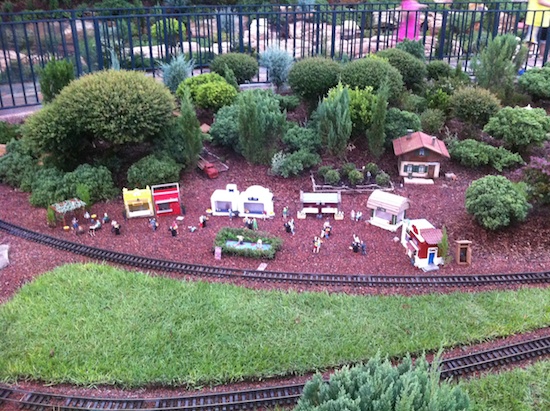 A Food & Wine Festival display was added to the train set-up in Germany.

Here’s a photo gallery of all the foods we’ve sampled so far. All were great. My favorites so far are the pork siders at Hawaii, the macaroni in France and the beef skewer in Argentina. We’ll be adding to this gallery as the we return.

Click Here to see the gallery on our Photo Page.