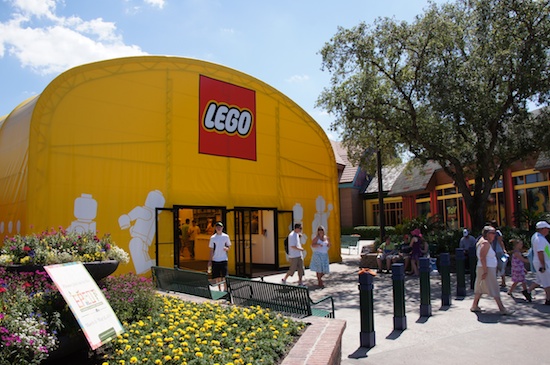 April 2011 – There’s a lot of construction activity right now at Downtown Disney. Stores are moving as expansions are done, and to make way for Pleasure Island’s change into Hyperion Wharf. 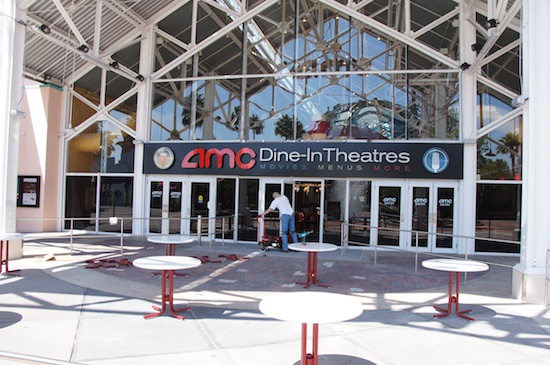 The movie theater is adding some dine-In theaters where full meals will be served while you watch your movie. This follows their recent opening of the “Concession Stand of the Future”, which allows you to get your movie snacks food court style, paying after you’ve gathered all your snacks. According to their website, the Dine-In theaters are set to open on May 16. You can see the Fork&Screen menu Here. The theater continues to operate during construction. 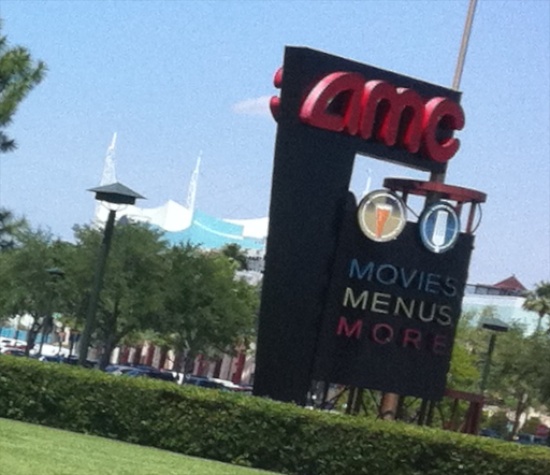 A new sign has also been added out by the road. With Pleasure Island going away, the theater is changing their name from AMC Pleasure Island 24 to AMC Downtown Disney 24. 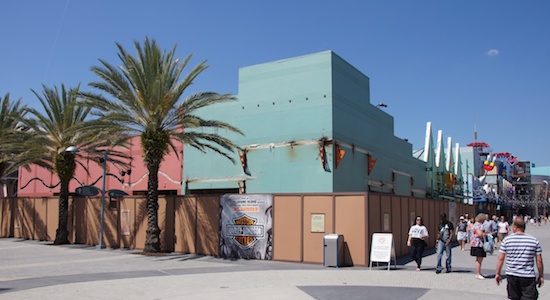 This is the former location of LittleMisMatched and Mickey’s Grove. The Harley Davidson store is moving here from its current location in Pleasure Island. The Pleasure Island Harley store is still open while construction continues. Look for this location to open in June. 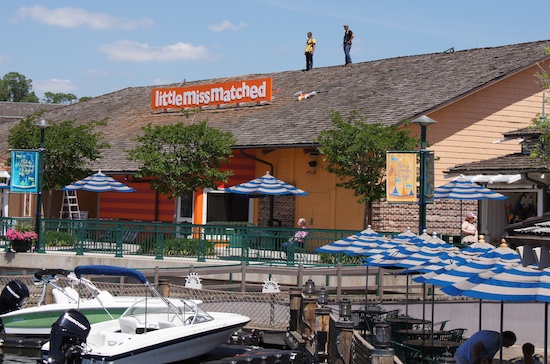 LittleMissMatched is just about to open in its new location in the Marketplace area of Downtown Disney. This sign was erected on the roof yesterday. The store replaces Mickey’s Mart and part of Pooh Corner stores. 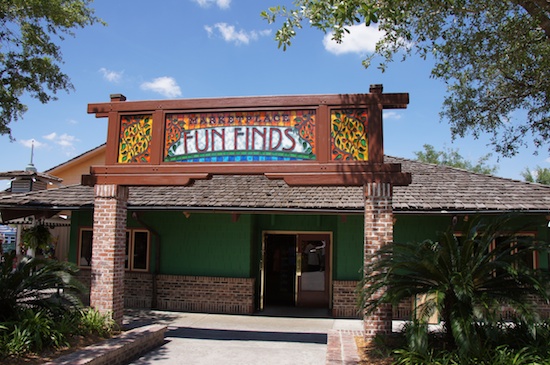 Next to LittleMissMatched new spot is this new store, Marketplace Fun Finds. You can read more about it in our blog post from earlier this week. 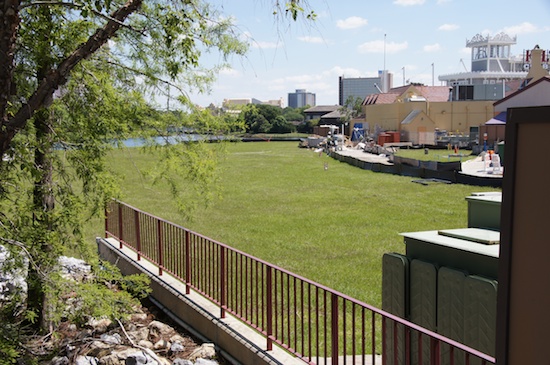 This new grassy area is still behind construction walls. It’s where two of the Pleasure Island nightclubs used to stand. Part of this area will become a grassy stair-step area of Hyperion Wharf. You can see a rendering and read more about it Here. 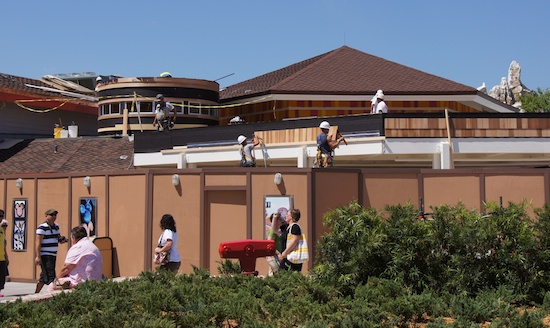 The top photo on this page shows the Lego Imagination Center’s temporary tent set up near Once Upon a Toy. Here’s a look at the expansion construction for their old/permanent location. The store is expanding and is being completely redone. 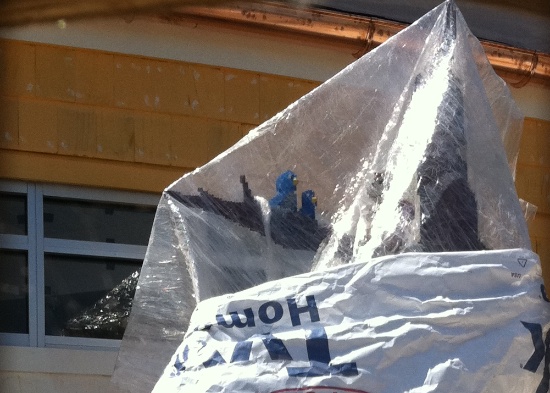 If you peek between the construction wall cracks, you can see a Lego sculpture has already arrived. These cute blue birds are sitting atop an approximately 10-foot tall sculpture. It was wrapped up so these birds are all that could be seen. Look for the store to have their grand re-opening in .

UPDATE: We just found out the Lego store is reopening next Tuesday, April 19. And the little blue birds are sitting on top of a tree which features Snow White and a Lego man below it. Also look for sculptures featuring “Toy Story” and “Sleeping Beauty” (Maleficent in dragon form).

Actully, I just got an email today from LEGO saying that the store is re-opening this tuesday, April 19, 2011. Cant wait!

Anita: Are you sure it said April 19 and not May 19. The store doesn’t look like it’s ready to open yet. An employee told us May 19.

Nevermind Anita, you’re right. I can’t wait to see it.

The Dine-In theaters looks to be the worst movie experience you ever could get. I´ll never go to it. I hope they won´t be all like that. There will be constantly people serving and eating. It´ll annoy the hell out of me! Why can´t people just go to a movie and watch the thing instead of stuffing they’re faces and talk an use phones.

Ok, I just counted how many screens are currently at AMC. There are currently 21 screens, which mean 3 of them are gonna be Fork and Screen.

Yes, We’ll be covering the opening of the new Lego store.

Awesome! Will you be there in the afternoon? If so, I might see you there!

I’m not sure what time we’ll be there. We’ve also heard it may soft open on Monday.

Change of plans. Can’t make it :(. I will probably check it out in June or May.