Photos and captions by Don Gworek

The International Association of Amusement Parks and Attractions (IAAPA) Expo is in town this week and they’re offering a number of theme park tours. Last night, a handful of busses departed the convention center for an exclusive tour and presentation of The Wizarding World of Harry Potter at Universal’s Islands of Adventure.

The buses arrived at one of the backstage gates of Islands of Adventure, and drove around the backstage perimeter road. Those familiar with the park got a peek at some elements not normally seen by guests. For example, for an instant you could see three Spider-Man ride vehicles in a service bay, undergoing regular maintenance. Several log ride cars from the Ripsaw Falls flume ride were also on outdoor tracks for regular maintenance. And two workers were poised at a brightly lit hoist at the back of the Jurassic Park ride, as if getting ready to service one of the ride boats for the night.

The perimeter road is lined with modular office buildings – perhaps better described as trailers, and it seemed like the area directly behind the Harry Potter show buildings was especially dense with these offices. 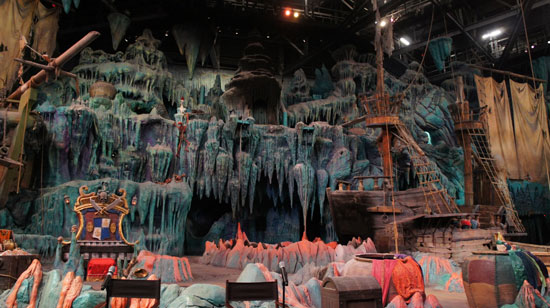 We disembarked the buses and entered across a red carpet into Sindbad stunt show theater. When all of the tour buses arrived, we were greeted by two Universal executives. They told the story of how The Wizarding World of Harry Potter came to be, and answered questions from the tour guests. 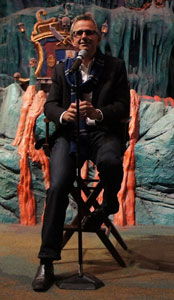 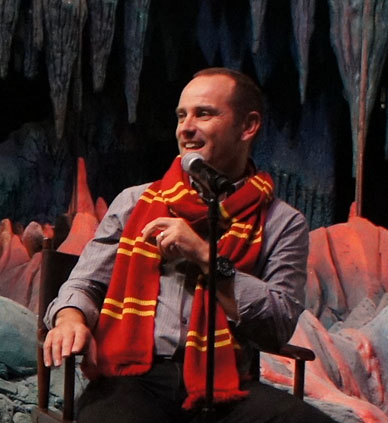 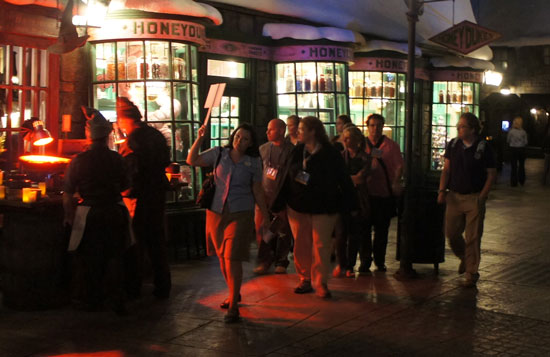 Universal had thought the tour out well. When we entered the theater we were guided to rows of seats, with precise numbers of guests per row. The reason for this became clear. Tour guides with numbered signs arrived at select rows, and asked us to follow them, in small, evenly divided groups, divided by precise counts in each row of seating. 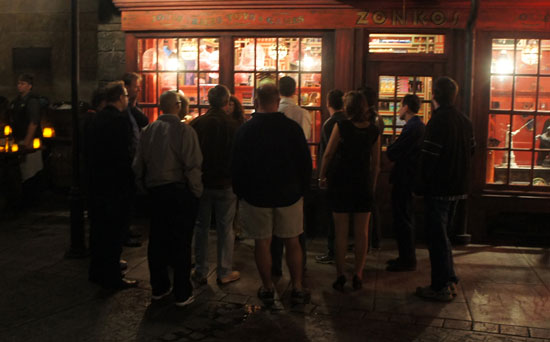 Our tour guides took us to about 12 different locations. Sometimes the tour guide would describe an element, or point out a detail in, say, one of the shop windows. 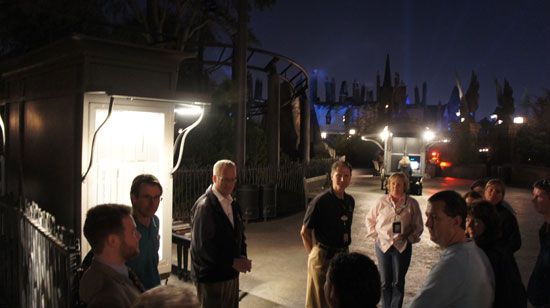 At other stops we met with designers or Universal executives who shared more information, and answered questions that they could answer as experts on something in particular. 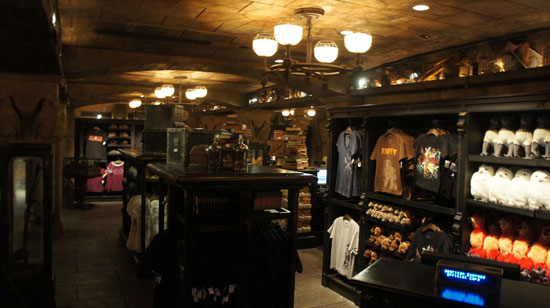 Each tour group also rode the Forbidden Journey ride. Something new to this experience was exiting through a completely clear gift shop. Normally this shop is very crowded. One of the things I learned also is that the racks in rafters are contraband items seized from students at Hogwarts. I’ll have to look closer at this assortment of things in a future visit, there’s probably a lot of good humor in these displays.

While we were taking our exclusive tour of Harry Potter, thousands of other IAAPA guests were arriving and collecting in The Lost Continent. 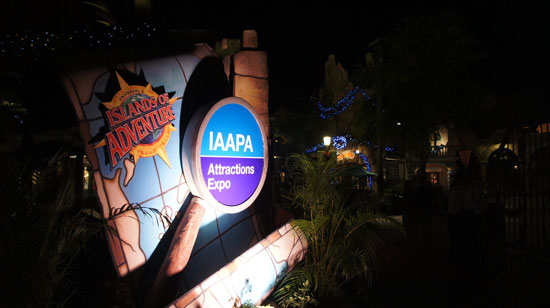 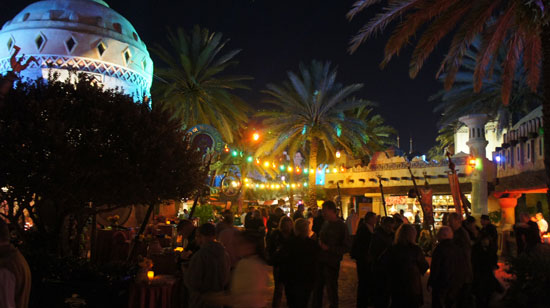 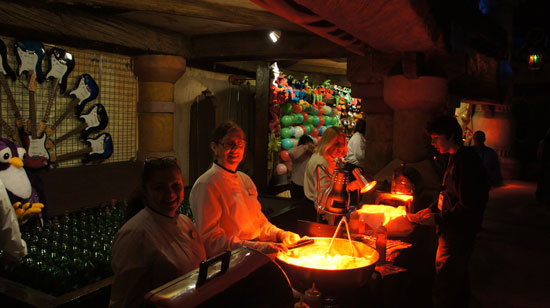 Food in The Lost Continent waiting area was American fare, like burgers. Much of it was offered in the booths normally used for games of skill. 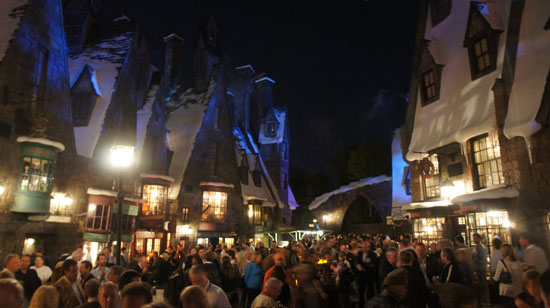 Our tour ended, and thousands of the other IAAPA guests flooded the streets of Hogsmeade to enjoy the buffets and open bars. 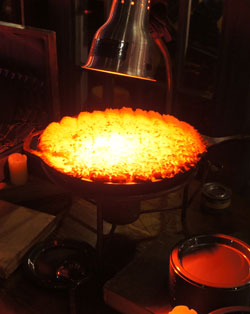 Perhaps half of the party guests headed directly to the Forbidden Journey ride. A few went into the line for the other priority, choosing a wand (or having the wand choose you). But it was difficult not to stop and try the featured items in the buffet, like Shepherd’s Pie. 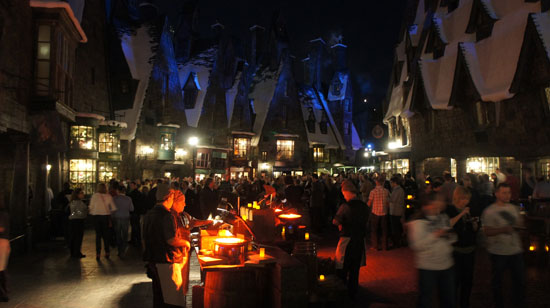 Three Broomsticks was also serving fish and chips. Pumpkin Juice and Butterbeer in souvenir glasses were also part of the open bar selections.

One of the funny things about Three Broomsticks was that the condiment packets were way too organized. 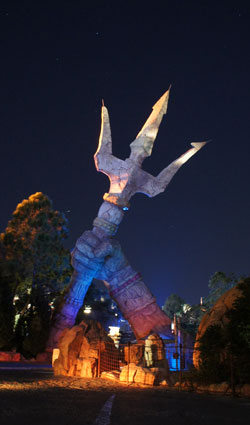 The party was great. I’m glad to be able to share it with others through these photos.

But the biggest treat of all for me was seeing the park at night with the walkways clear of guests. There were many great photo opportunities seen here. Here are a few: 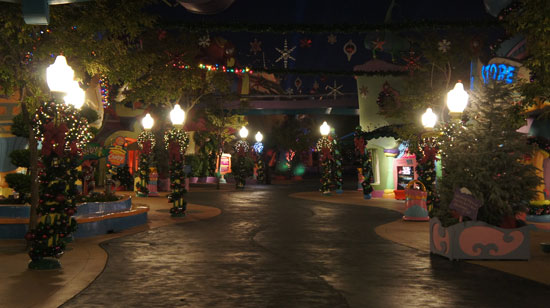 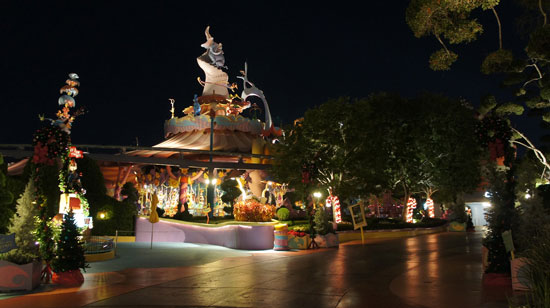 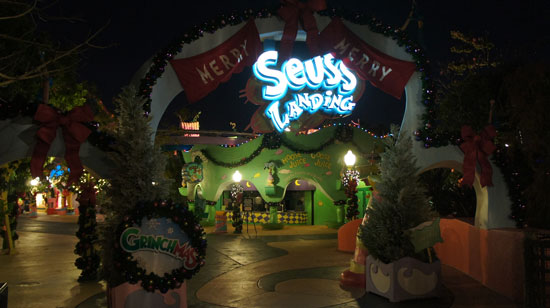 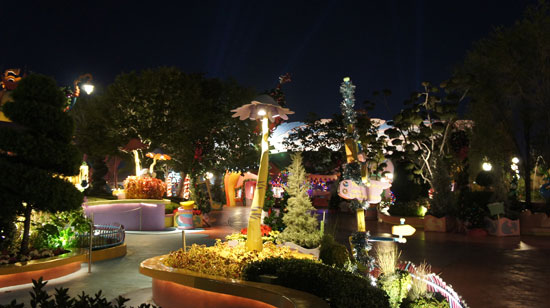 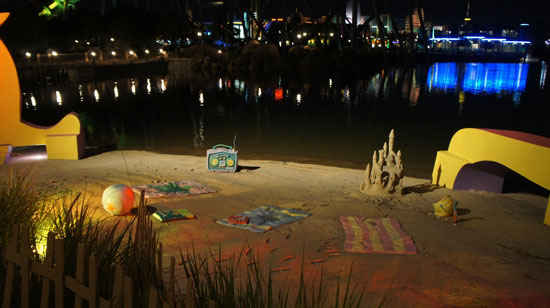 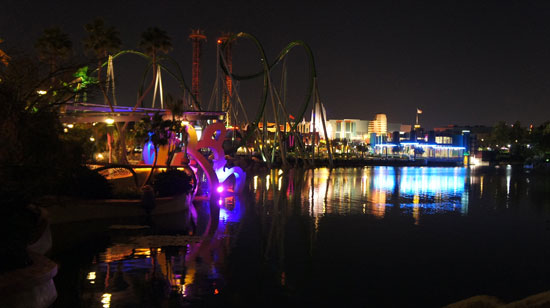 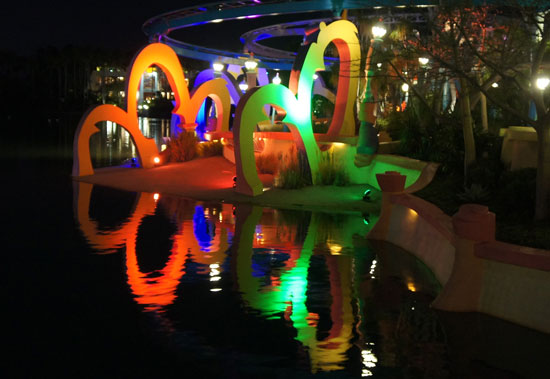 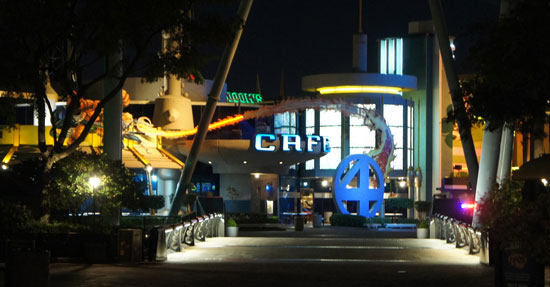 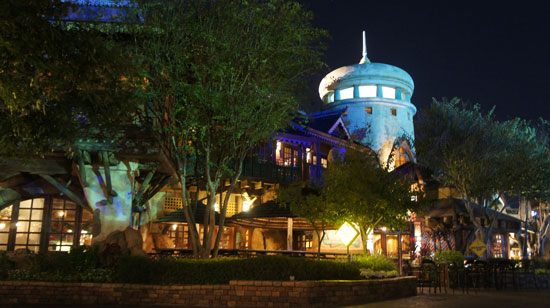 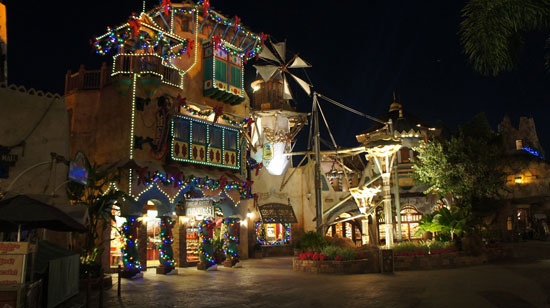 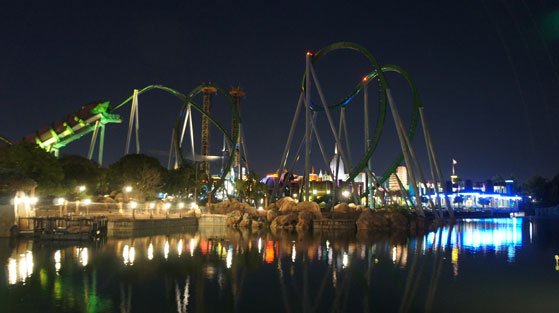 Full photo and video report from the IAAPA Attractions Expo 2010