Photo Update: Construction progresses up at Universal Studios – but for what? 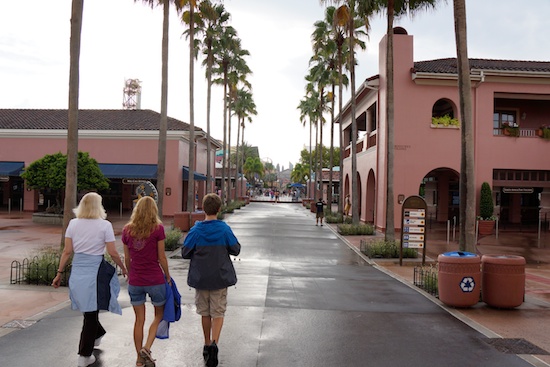 Join us as we take a walk through Universal Studios Florida, stopping to take note of what’s changed and what’s coming. 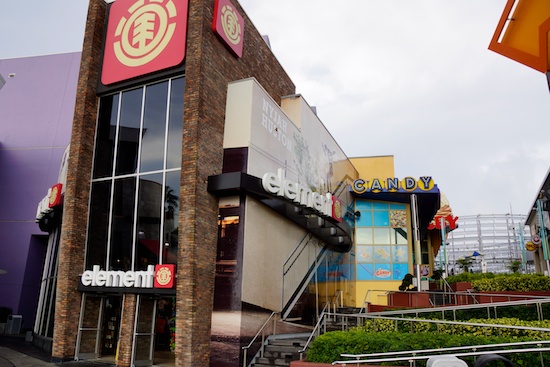 The outside of the Element store in CityWalk received a facelift. It’s hard to see in this photo but there’s a photo of a skateboarder on the side of the building sliding down the stairs. 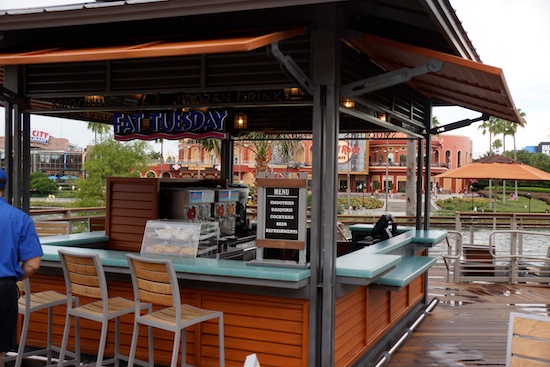 The new food stands all along CityWalk seem to be complete. Some of them sell drinks, some doughnuts and some sandwiches. This one is run by Fat Tuesday. 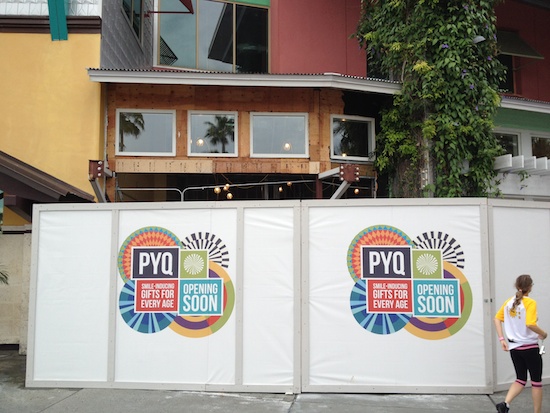 A new store called PYQ will be opening soon in CityWalk. 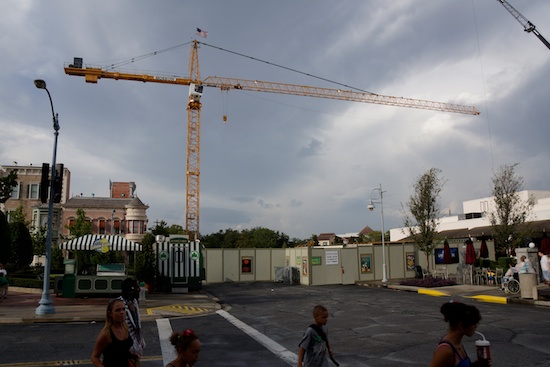 Before you get in the park, you may notice the large cranes. Two are on the former site of a soundstage just past the Shrek attraction. The whole block from Shrek, back to Mel’s Drive-In, to the New York area is blocked off. 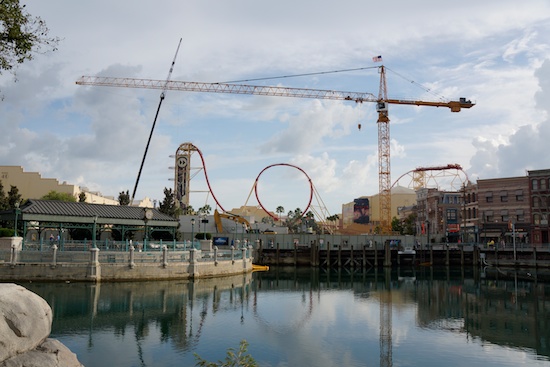 Here’s a zoomed-in view from the bridge by the Men in Black ride. 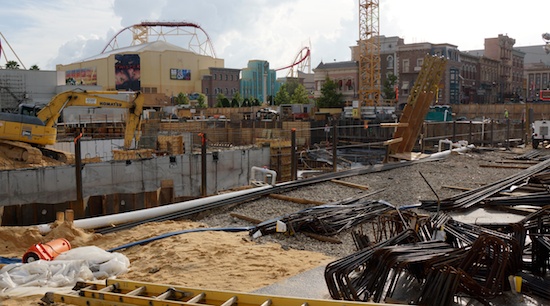 Here’s a look through a large crack in the construction wall. Universal hasn’t made any announcement about what’s going here, but all of the rumors say it will be a new Transformers ride, similar to the one that opened at Universal Studios Hollywood earlier this year. 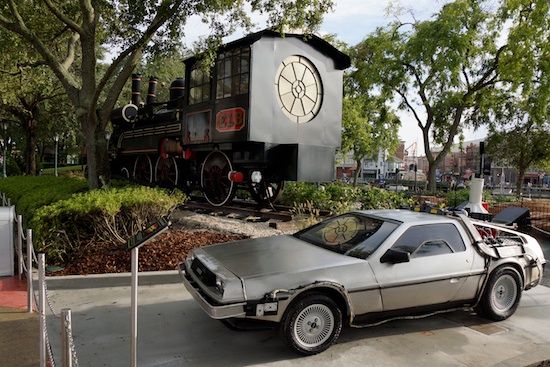 Because of the construction, the Delorean and train from the Back to the Future movies had to be relocated. You can now find them in the Central Park area, across from the Animal Actors stage. 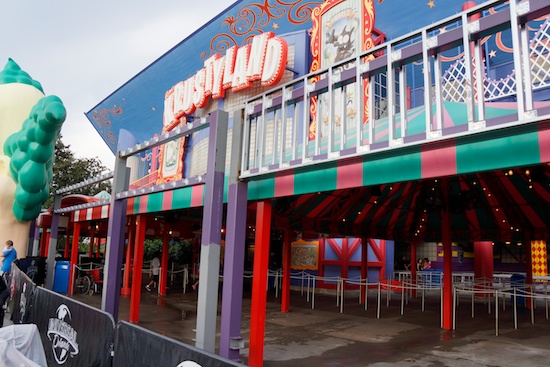 The front of The Simpsons Ride is getting a facelift. Universal hasn’t said what’s happening here but rumors say the games of skill that used to be in the Amity area will be moving here. 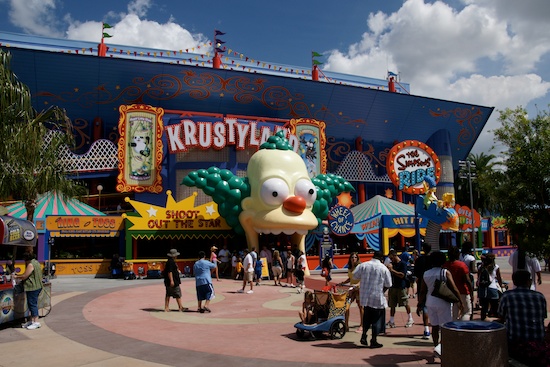 Here’s a photo from the opening of the ride. You can see the fake game signs that used to be here. Notice the roller coaster-type facade along the middle left of the buiding… 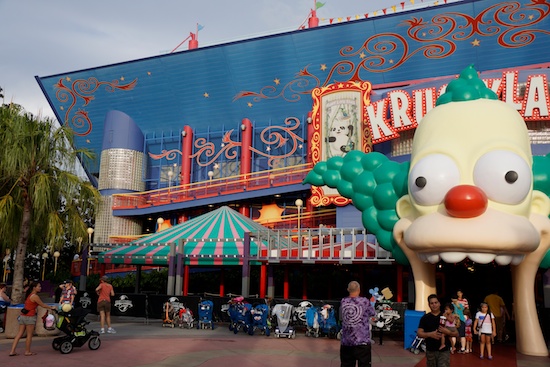 It’s also been removed on one side. 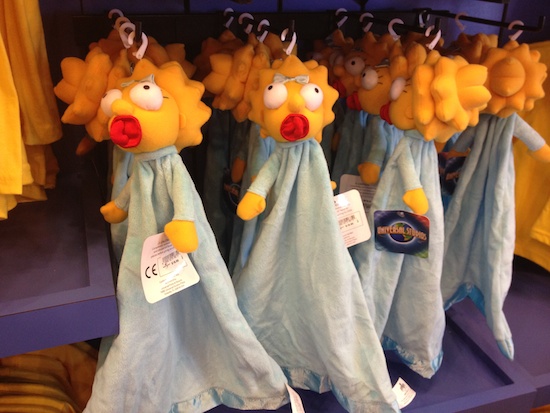 A cute baby blanket for sale in the Simpson’s Kwik-E-Mart. They also had some new T-shirts and dolls. 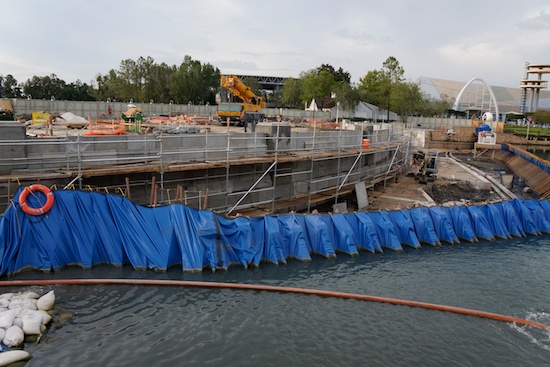 Here’s a look at the other construction zone. This is the former Amity and Jaws area. Again, Universal hasn’t said what’s going here but all the rumors say more Wizarding World of Harry Potter. Rumors also say that the Hogwarts Express Train will take park guests between this “London” area of the Wizarding World to the current Wizarding World in the other park. 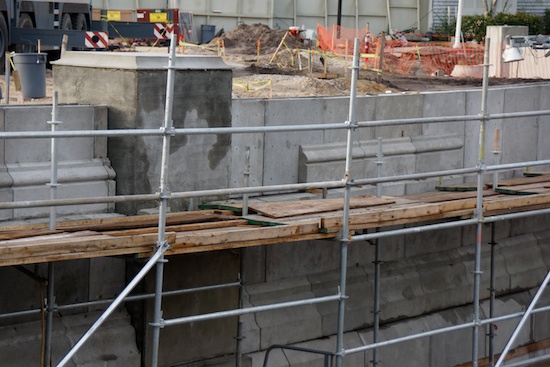 Here’s a close-up of some of the detail that has can be seen already. 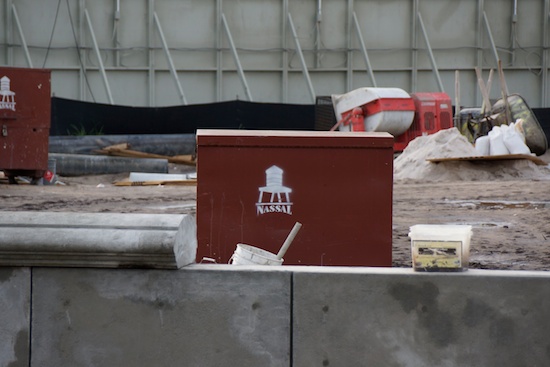 A supply box on the site has the Nassel company name and logo. They are the same company that helped build the original Wizarding World. 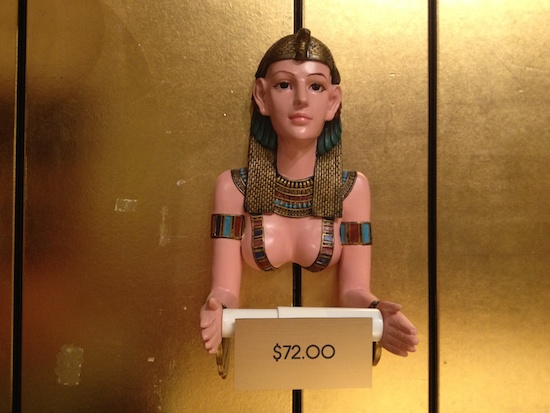 An interesting toilet paper roll holder for sale in the Revenge of the Mummy gift shop. 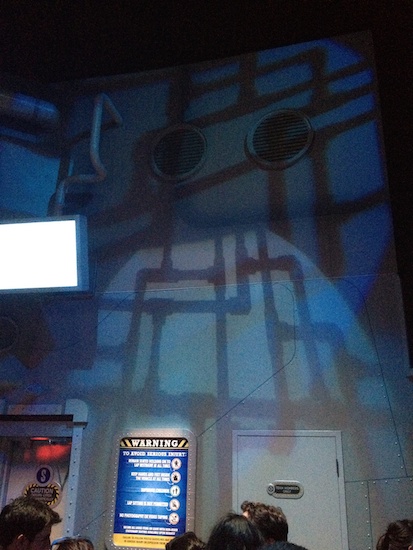 In the Despicable Me preshow area, I just noticed how these vents and shadows sort of form a face on the wall. 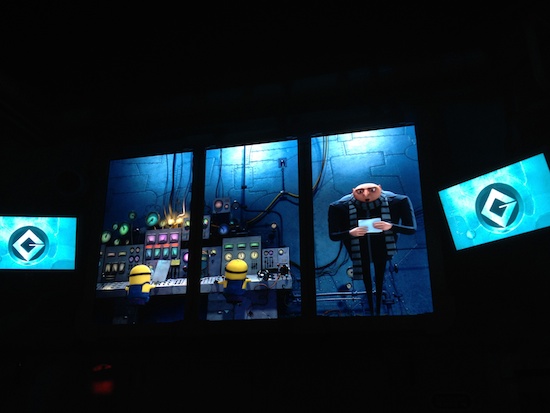 This is a small change that most people wouldn’t notice but kudos to Universal for adjusting the screen in the preshow area. When it first opened, there was a “reflection” built into the screen showing a faint bit of what was on the opposite wall to make the screen look more like a window the characters are looking through. But the effect didn’t work too well. The reflection looked like screen burn-in to most people, so they removed it. Now the screen looks sharper than ever. 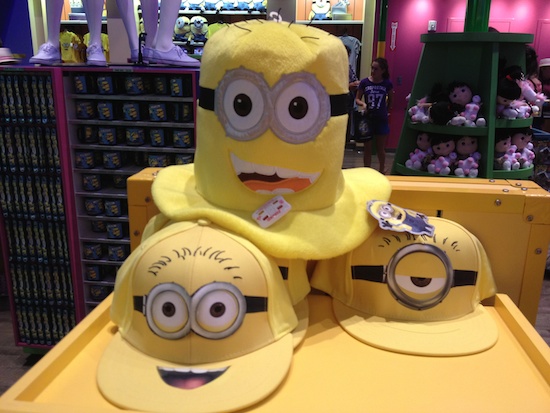 We’ll end this update with a look at some cool new Minion hats on sale in the gift shop.

Out Of The Loop: Two seven story hotels planned for Shangahi Disneyland Resort

I can wait in my opinion with all the work on former sound stage 44 they r probley going to make that under ground part of transformer it is strang that more work is done at soundstage 44 then jaws. Let’s hope for anonsments soon.