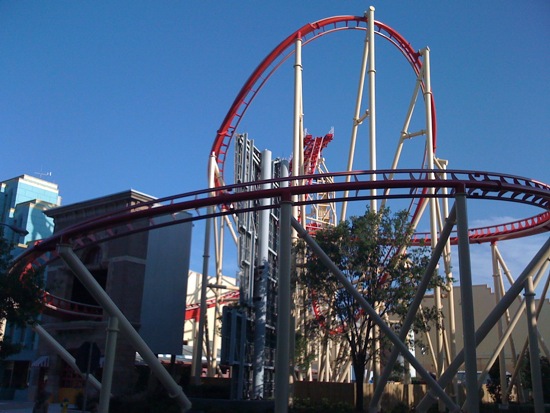 We’ll start our photo update with a look at the soon to open Hollywood Rip Ride Rockit roller coaster in Universal Studios. They’ve taken some of the construction walls down at the end of 57th Street allowing a better look at the twisted steel at that end of the coaster. 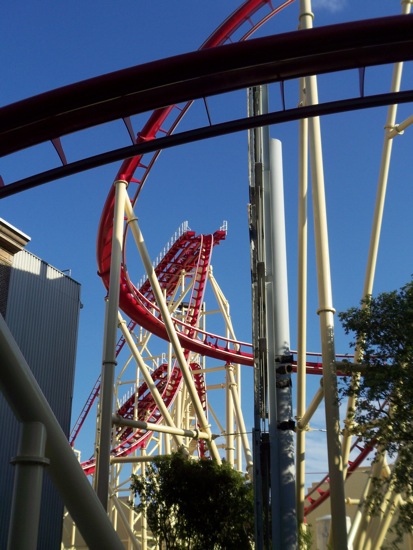 The cars weren’t being tested while I was there, but you can see a video of them running in our previous blog post. 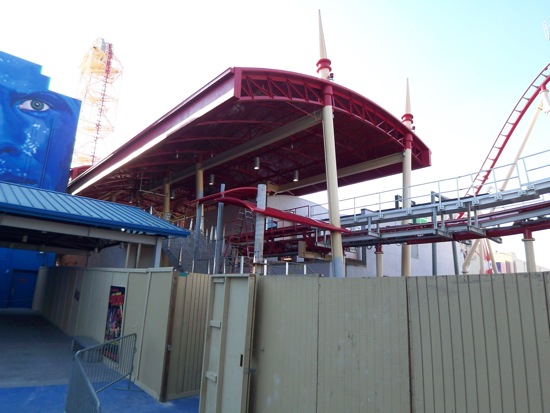 Here’s a look at the station where you’ll get on the ride. 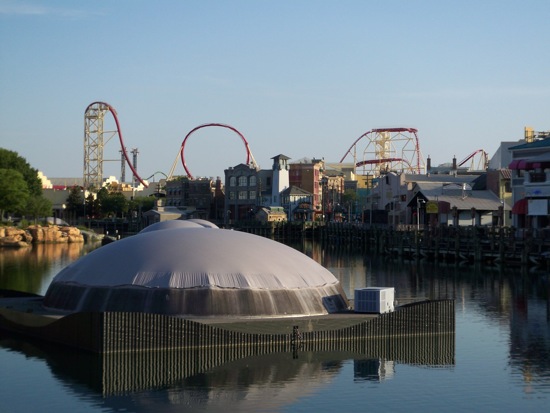 The coaster is quite long and tall and can be seen from all around the park and even from a few spots in Islands of Adventure. Here’s the view from over by The Simpson’s Ride. 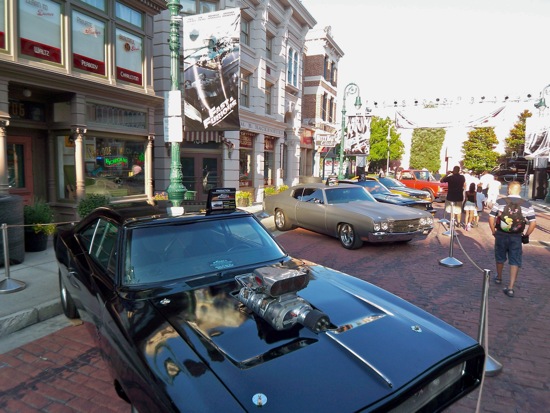 Some cars from the movie Fast & Furious 4 were on display on Delancy Street. I’m not sure how long these will be on display. The Fast & Furious girls weren’t around when I came by as the park was about to close. The park map says you can also play movie trivia and win prizes here. 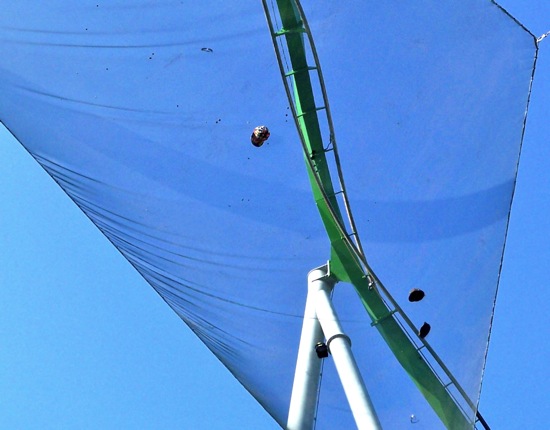 We’ll move over to Islands of Adventure now and take a look up at all the sunglasses, hats and change caught in the net below The Incredible Hulk Coaster. 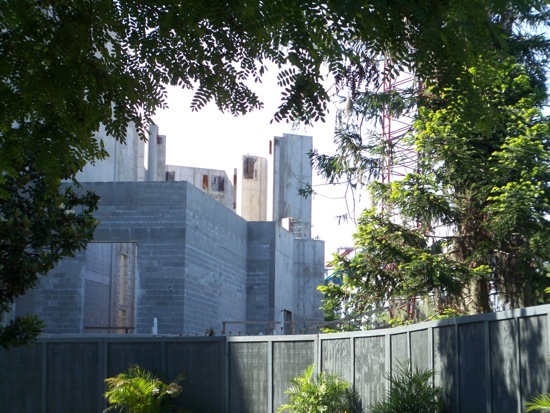 As I walked back through Jurassic Park I took this shot of the still coming along Hogwart’s Castle in the under construction Wizarding World of Harry Potter. 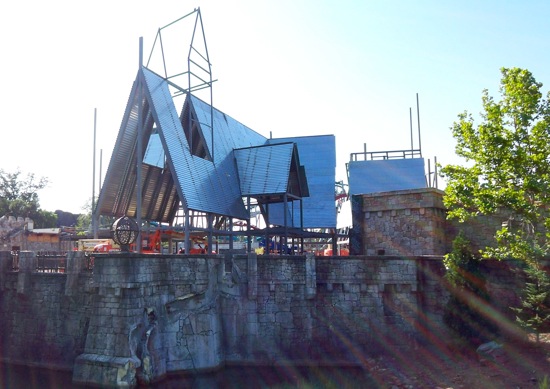 The A-frame buildings are coming along and more are popping up on the other side of this one. 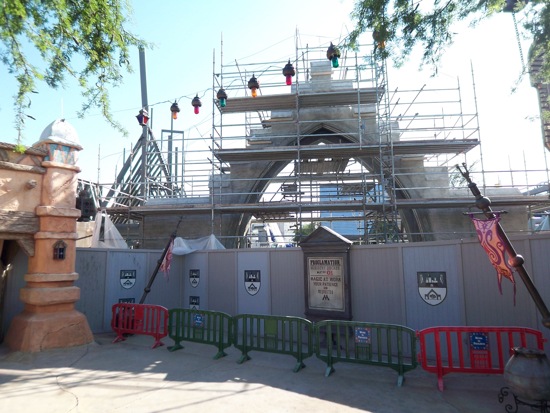 A look at the archway entrance to Wizarding World from The Lost Continent. 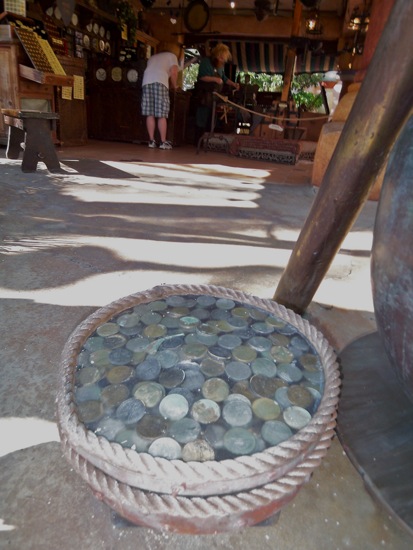 If you look close at these coins near The Coin Mint store in The Lost Continent you’ll see they say Mardi Gras on them. They’re the coin souvenirs thrown with the beads during the Mardi Gars parades in Universal Studios. 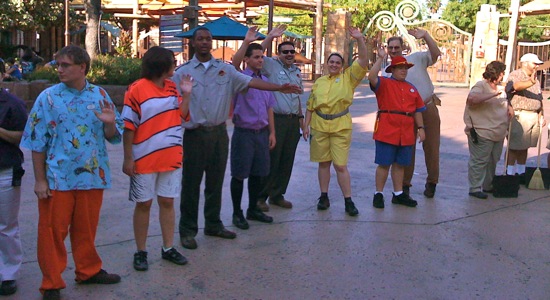 We were leaving Islands of Adventure at closing time and it was nice to see team members from different attractions waving goodbye to guests. 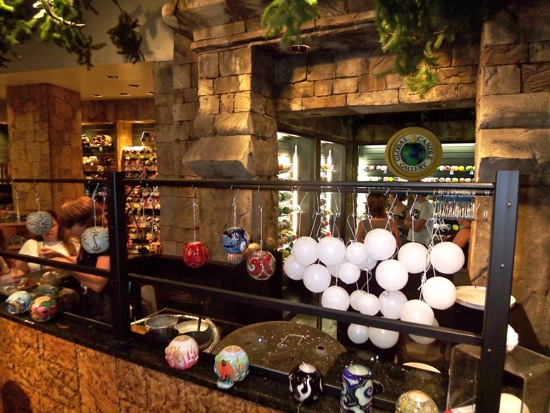 We stopped in The Endangered Species Store on our way through CityWalk and much to my son’s dismay, they’ve removed all the glow-in-the-dark items they used to sell. The Global Candle Gallery has taken its place. You can watch as they make designer candles that glow when lit. Hold each candle up to a light to see what color it glows. 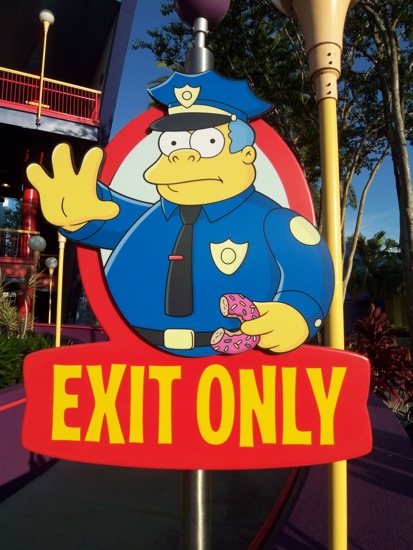 That’s it for this Universal photo update. It’s time for donuts.

Photos from the Downtown Disney balloon ride at night