Photos from the Downtown Disney balloon ride at night 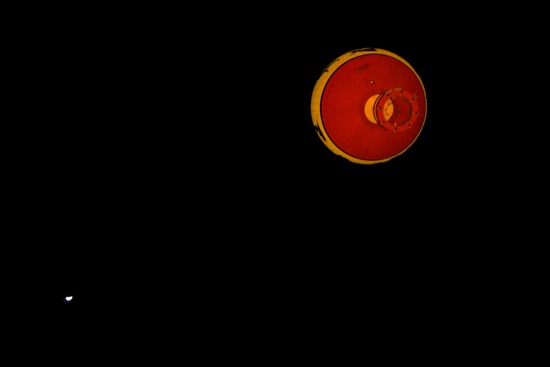 I finally got a chance to go up in the Characters in Flight balloon at Downtown Disney at night. I’d been up twice before during the day and got some great pictures, but I wanted to see the view at night. It was a particularly neat time to go, not just because it was dark outside, but because I had just finished watching the movie “Up” in 3D at the theater near by. (The movie was great.)

The top photo is looking up at the balloon from the que area. That’s the moon in the corner of the picture. 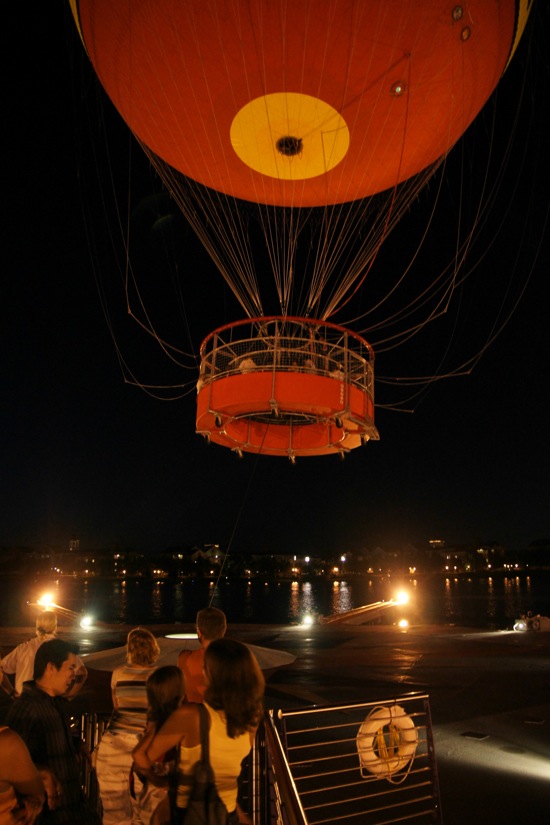 As we were in line to ride, the balloon seemed to be blowing back and forth more than I have seen it before. I was thinking we’d be told the ride was stopping before we got our chance, but they seem to be getting a bit more brave about going up in higher winds. 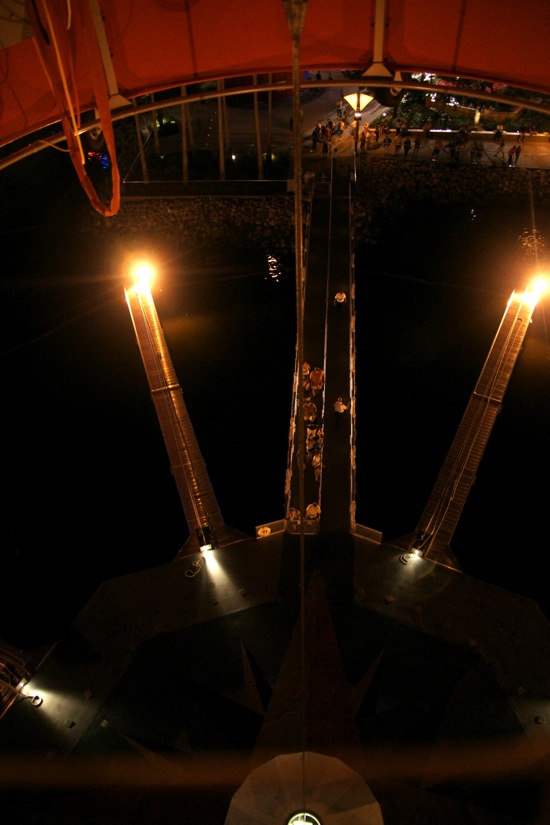 Here’s a look at those in line for the next ride. With the wind blowing, we sometimes would momentarily drift almost directly above those in line. It’s a bit scary to see the balloon coming at you from above while in line. 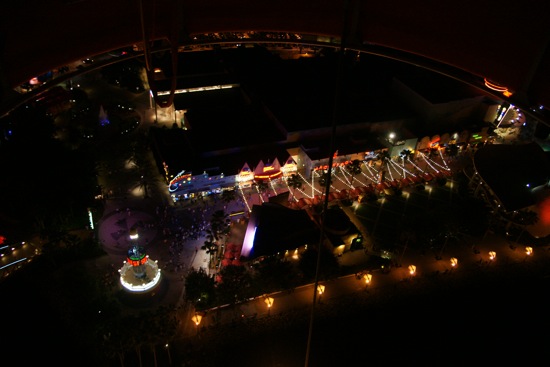 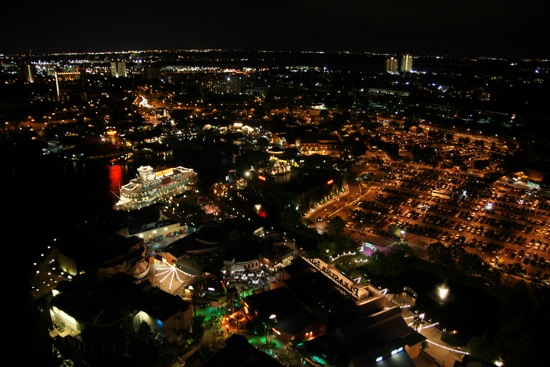 Pleasure Island, the Marketplace and beyond. 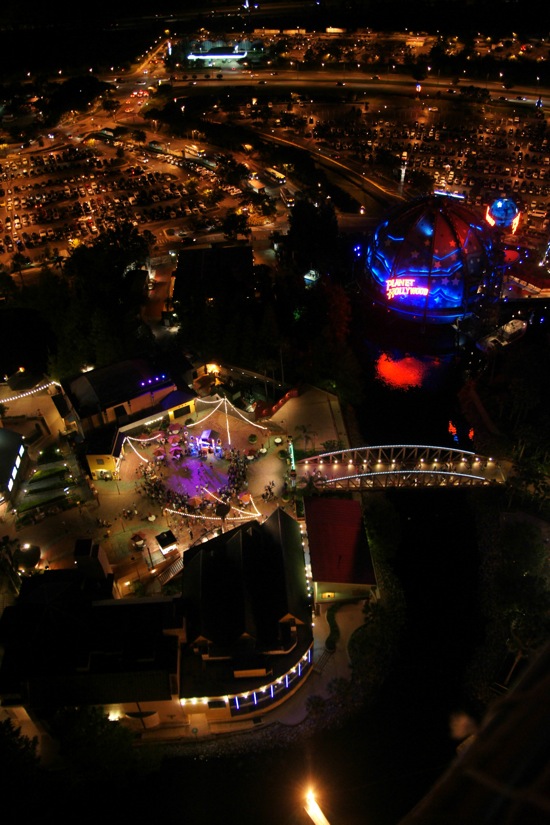 Here you can see Planet Hollywood and the new Celebrate Tonight! street party in Pleasure Island. 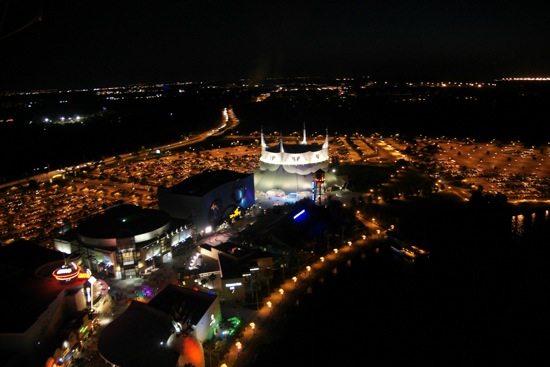 Another look at the West Side. Epcot’s fireworks were going off just on the other side of Cirque du Soleil. 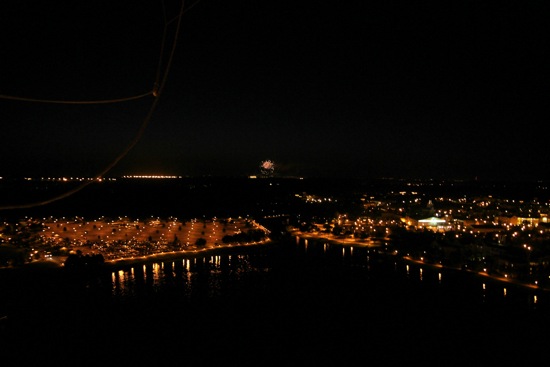 We were excited that our timing was just right to see the fireworks going off at Epcot and the Magic Kingdom while we were airborn, but as you can see here, it really isn’t that exciting. While they’re cool to see, both park’s fireworks are too far away to really be enjoyed.

• For larger versions of all of these pictures, as well as our daytime ones, visit our Characters in Flight Photo Gallery.

Also be sure to check out our Characters In Flight balloon ride guide for the current wind speed, a video and more information.

That balloon looks lovely. Hope you enjoyed it!

Experience the magic of ‘Raya and the...

Marvel 101 video series to educate about...

Disneyland Paris’ Halloween Festival is all about...