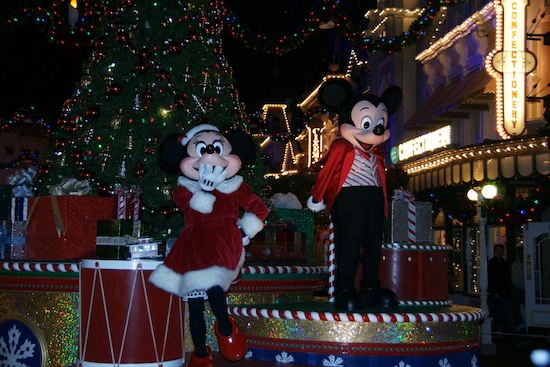 With Christmas almost here, Mickey’s Very Merry Christmas Party has ended. Held select evenings in November and December, the special ticket event brings a lot of holiday cheer to the Magic Kingdom. Here’s a look at this year’s event.

Here’s a video featuring our kid reporters showing you the highlights of the night.

While the Castle Dream Lights ceremony isn’t officially part of the party, as it takes place each evening during the holiday season, it’s a great way to kick off the night of fun. 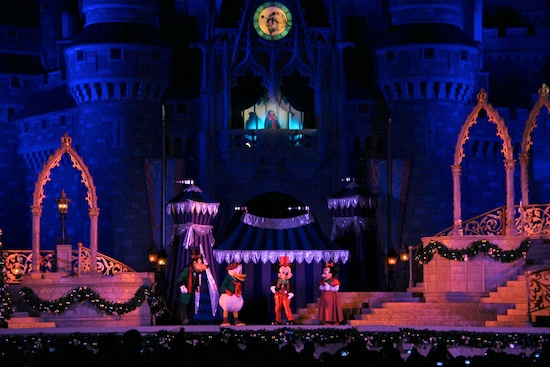 Guests were able to see dancing gingerbread men, marching soldiers and Santa’s sleigh parade to seasonal melodies during the twice-nightly Mickey’s Once Upon A Christmastime Parade.

Full Mickey's Once Upon a Christmastime Parade at Disney's Magic Kingdom 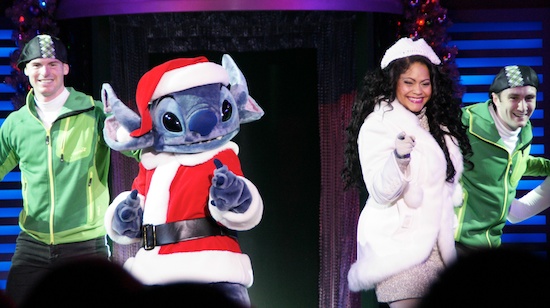 Holiday Wishes, Celebrate the Spirit of the Season fireworks lit the night sky during the pyrotechnics show orchestrated to holiday melodies.

Guests could dance with the Disney character stars during Woody’s Hootin’ Holiday Open House and Cosmic Ray’s Jingle, Dance and Play. There were also many character meet and greets around the park and strolling entertainmnet such as the Dapper Dans:

The night wouldn’t be complete without the forecasted flurry of snowflakes along Main Street, U.S.A. and a warming cup of cocoa in hand. Party-goers also enjoyed complimentary cookies, apple slices, plus unlimited rides on most attractions.