The Tomorrowland Transit Authority has always offered great views of Space Mountain. Now that Space Mountain under refurbishment, the TTA is allowing guests to take a peek inside and around the construction area: 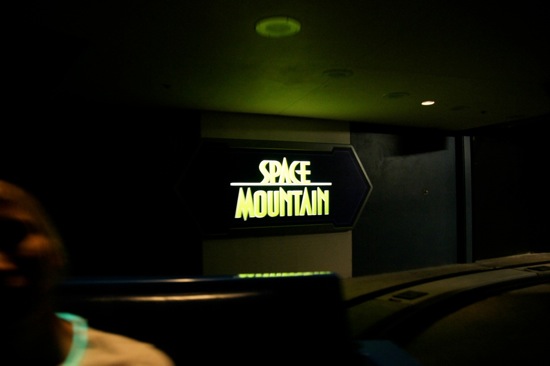 This bright green sign was added on Oct. 15, 2009, the night after I shot the full video ride on the Tomorrowland Transit Authority. It is located just as the TTA enters Space Mountain and matches the new color scheme seen outside of the Space Mountain building. It appears that Disney is removing all traces of the bright orange color associated with the attraction’s former sponsor, FedEx. 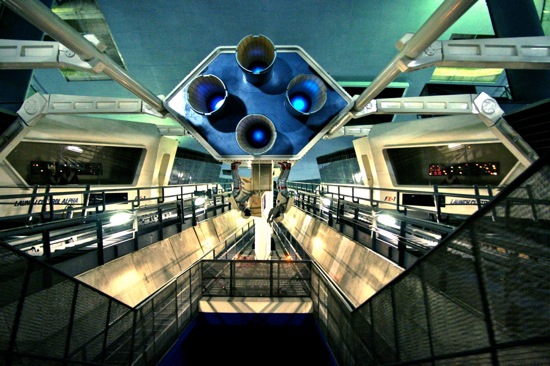 This picture was taken just after Space Mountain closed for refurbishment and is included here for comparison with the photo below. 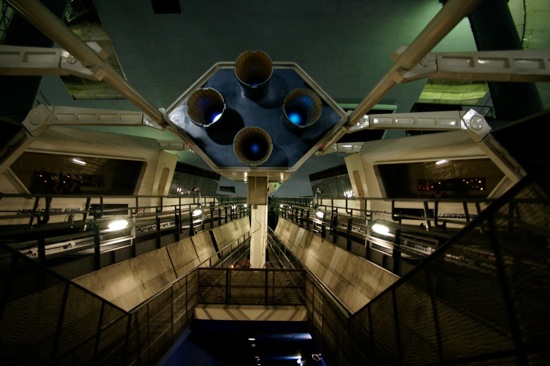 In this recent photo, you can see that the astronauts hanging from the space ship in the center of the ride’s lift area are currently missing. But they may just be receiving a touch-up. 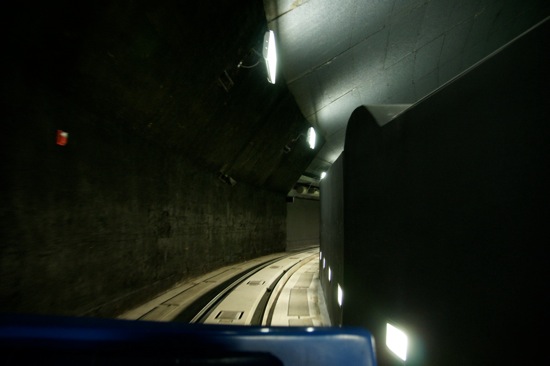 These walls on the right block riders on the TTA from seeing Space Mountain’s indoor queue area. It has been reported that when Space Mountain reopens, it will feature interactive queue entertainment. The walls also block much of the view of the ride’s track, though you can still get a glimpse of it with the lights on if you’re facing backwards on the TTA before you round the corner inside the building. There are no noticeable changes to be seen. 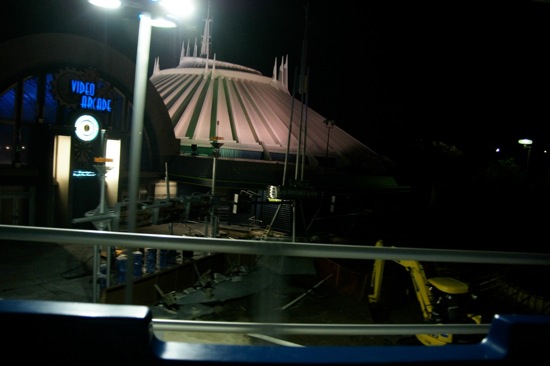 The area in front of Space Mountain is still being deconstructed. While a new bright green sign has been added near the entrance, the Fastpass area has been almost completely torn down. 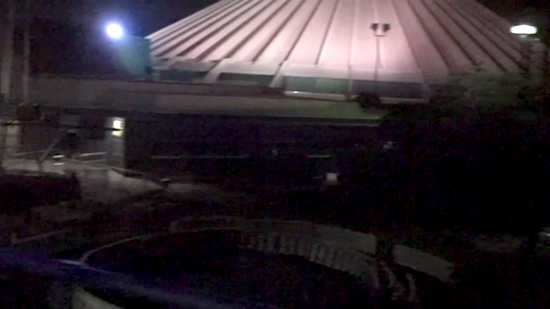 To the right of the Fastpass area, a series of construction barriers have been arranged in a circle. This could indicate a new ground design or maybe something greater.

Space Mountain is officially scheduled to reopen in Winter 2009, though is expected to reopen some time in November.

A look at Mickey's Not-So-Scary Halloween Party, Video and Photos

They do have a few windows currently blacked out that should have a view into the loading platform of one station… and the Fast Pass area really isn’t torn down.. just stripped down but the machines are still there, covered in plastic.