Pleasure Island not the only Disney entertainment closing this weekend 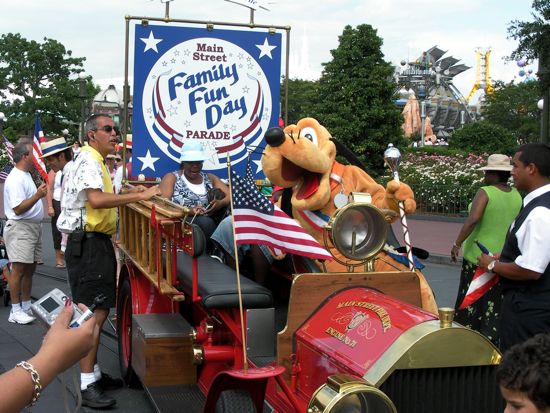 Tomorrow night is the last night for Pleasure Island, but two other things are having their last run tomorrow at the Magic Kingdom: Woody’s Cowboy Camp and the Main Street Family Fun Day Parade.

Woody’s Cowboy Camp was performed daily back in Frontierland and the parade was, of course, on Main Street, starting at the Castle and marching up by City Hall. Both were are part of The Year of a Million Dreams promotion, which ends this year.

The Family Fun Day Parade was a very small parade and involved a lot of guests marching down Main Street with some characters and the Main Street Philharmonic. The Philharmonic will continue to perform daily and be featured in the daily flag retreat.

Look for a new parade to appear on or near Main Street next year as part of the Celebrations promotion. 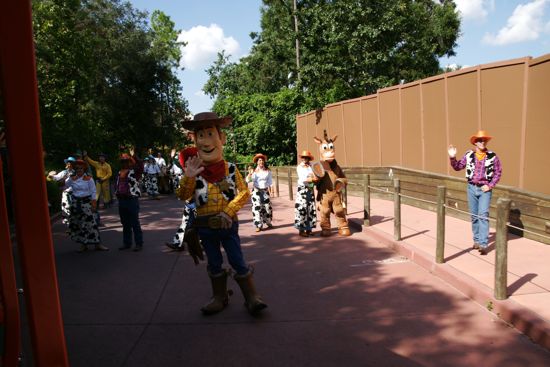 Woody and the gang wave goodbye as they end their performance.

Wheel of Fortune tryouts this weekend at SeaWorld

I will be there next week and I am so sad I missed them.

I’m so gald that my family and I got to see this last september when we where there for our grand gathering! Woody’s cowboy camp was so cute, my 2 year old got right in the action. We had a blast marching down mainstreet in the family day parade,even our biggest skeptic loved it in our 20 person group. I can’t wait to see the new parades or show that will take it’s place.