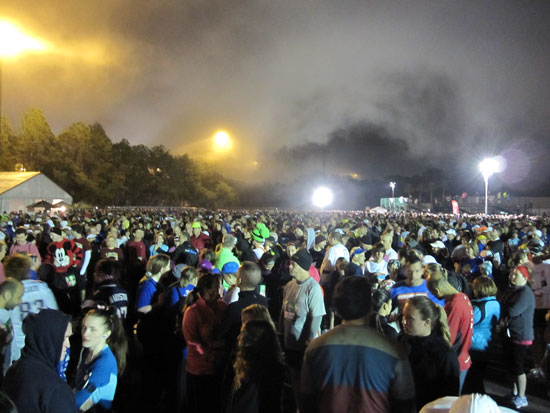 This morning’s Disney Family Fiesta 5K race may have been the largest Disney fun run ever, with 8,100 people registered. Here’s a look at how the race went: 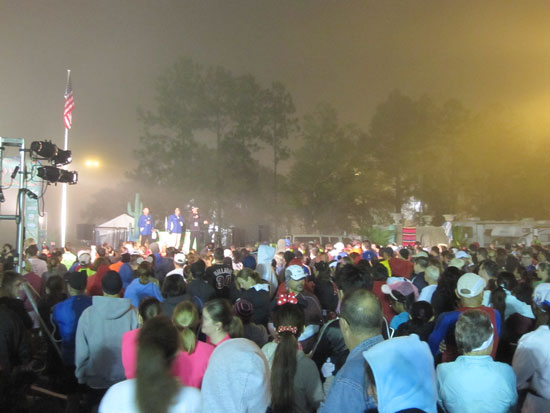 The weather was different this year with rolling heavy fog at Epcot.

On stage are some of the hosts of the weekend. They always have good banter. At one point they asked who in the crowd is running all three races of the weekend, and hundreds of hands raised to cheers. If you do the 5K, half marathon and full marathon, you will have completed 42.4 miles.

Earlier there was a really good DJ, who is also a professional dance instructor. He lead the crowd on how to dance to classic disco music of the 1970s and new music. Everyone went home proud they learned some new moves. 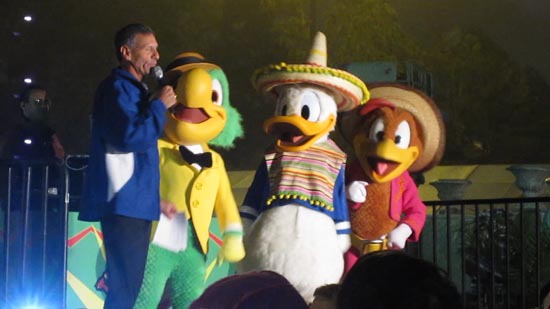 This year’s race was themed to the Three Caballeros. They greeted guests for photos, then stepped up to the stage for the start. 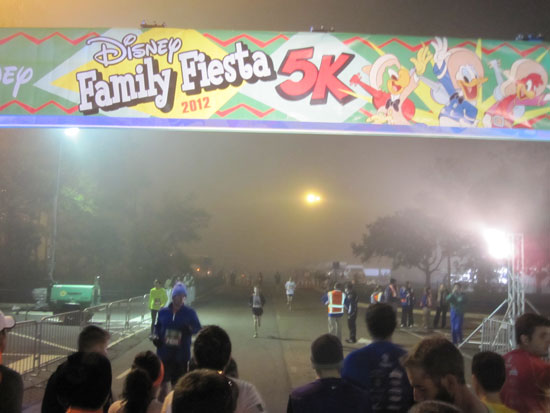 Ahead of the starting line are some of the fastest runners doing a warm up run.

Due to the crowd size, there was wave starting for the first time at a Disney fun run. What this means is, there were three starts, three waves. On an honor system basis, the crowd divided itself up to how they wanted to do the course. The first start had fast runners. The second start had leisurely runners. The third start was those wishing to walk the course, and perhaps push a stroller. There was no race timing this morning, it was all for fun, and the starting worked really well. 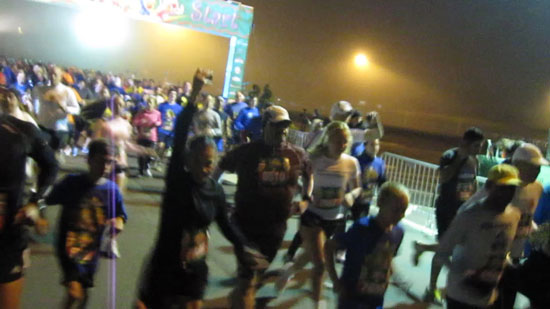 And here we GO! The first wave starts. 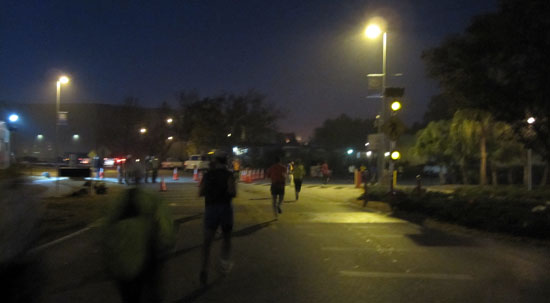 The first portion of this course heads through parking, and then darts backstage. Just a few nights ago, on New Year’s Eve, the crosswalk at the cones seen at center was part of the bypass for crowds between Test Track and Mexico or China. 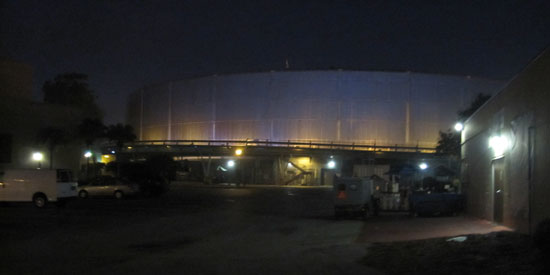 The New Year’s bypass walked right down the middle of this service area, then to the right.

This view is looking back at Test Track. In Sunday’s full marathon, people will be heading in the opposite direction, at about mile 3.3 in the course. 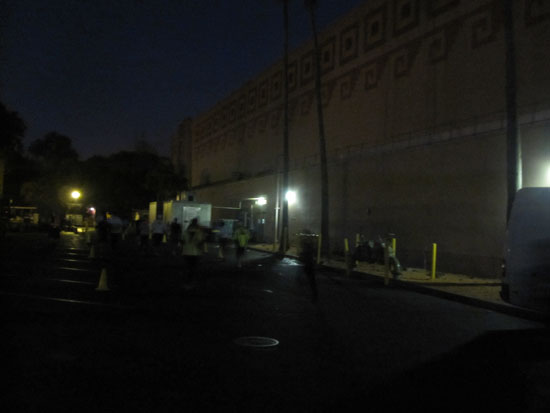 Running along Mexico. This service area was also part of the New Year’s Eve bypass. 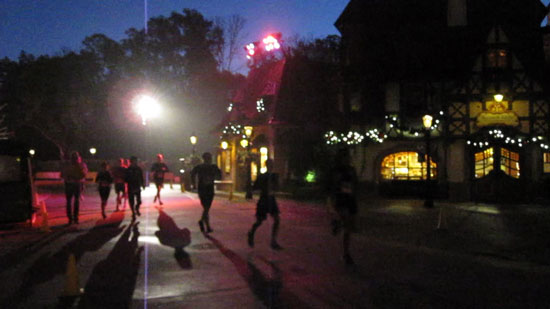 The course continued around World Showcase. This is Germany, still decorated with Christmas lights. 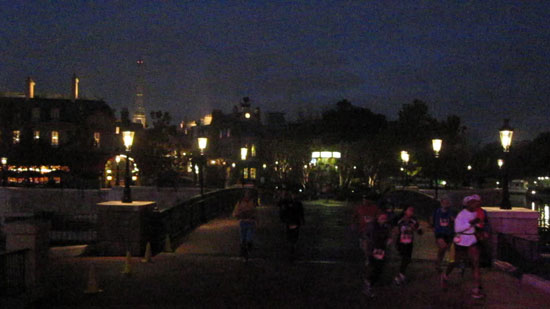 The course goes across the bridge from France, backstage behind Britain, and then returns to the lakeside promenade. 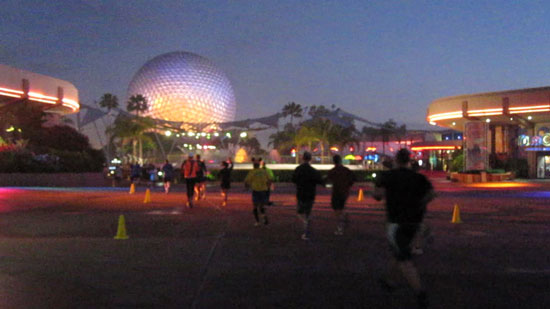 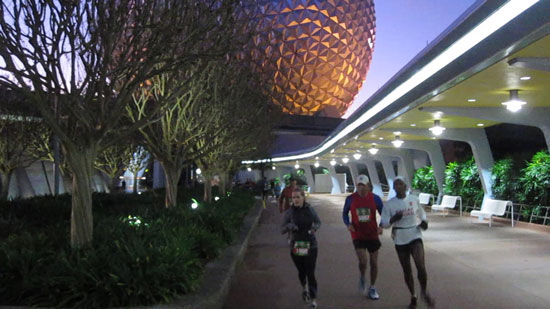 Around the perimeter of the entrance plaza. 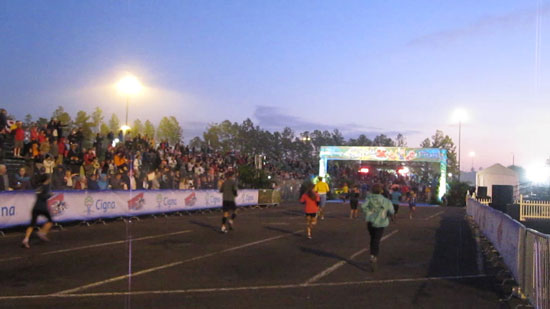 Into the final stretch. 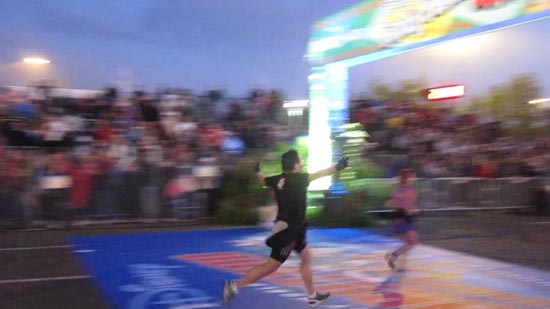 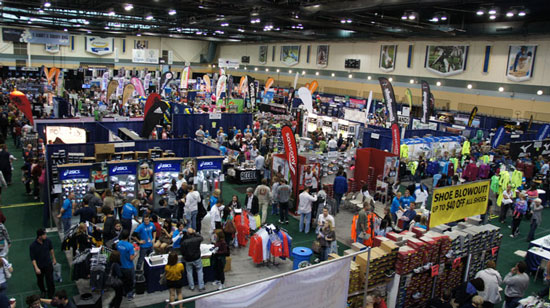 A shot of the race expo at the ESPN Wide World of Sports. 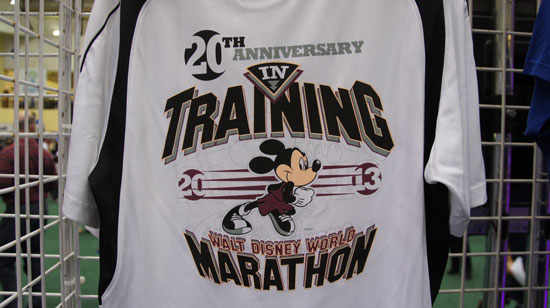 Next year will be a big anniversary year – 20 years running!

A look back at ‘One More Disney...

As Dreamers Do – ‘Things Are Getting...