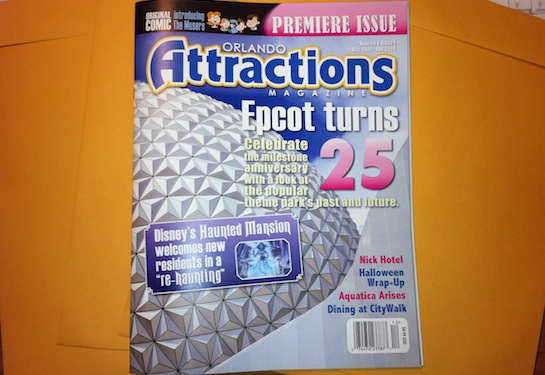 The premier issue of Orlando Attractions Magazine was released in late 2007 and quickly sold out. Since that time, those wishing to complete their collection of issues were out of luck. But now, thanks to a print on demand service called MagCloud, Volume 1, Issue 1 is now available again.

When you order from MagCloud, they print and mail your order directly to you. While the issue isn’t printed on the same paper type it was original printed on, each page is thicker than the original and all of the original content is included. Issue 1 is available for $15, but MagCloud sometimes offers special discounts. You can follow them on Twitter @magcloud for notification of their special deals. You can also find them on Facebook.

Currently, the Winter 2010 issue is also sold out. It should be available via MagCloud in the next few weeks. We’ll also have all issues available on our upcoming iPad app.

Attractions – The Show – Polar Plunge at...

Attractions – The Show – Mako and Cobra’s...

Attractions – The Show – The Willis Clan;...