Peter Noone, The 5th Dimension, and Lorrie Morgan are among the musicians who will headline the 2019 Real Music Real Masters concert series, which returns to Busch Gardens Tampa on Jan. 7 through March 16.

Peter Noone and Cirque Vertigo are among the featured acts at Busch Gardens Tampa’s 2019 Real Music Real Masters concert series.

Real Music Real Masters, Busch Gardens Tampa Bay’s longest running concert series, returns on Jan. 7, 2019, and runs through March 16. The series features musical acts spanning from the 1950s to today, plus all-new entertainment like “Ballroom with a Twist.” Performances will be held inside the climate-controlled Stanleyville Theater at 11:30 a.m. and 1:30 p.m., Mondays through Saturdays.

Here is the current schedule of performances:

The eccentric Cirque Vertigo production creates an experience unlike any other. From effortless aerial feats to adrenaline-pumping balancing acts, this award-winning group combines strength, balance, humor, skill and grace into a display for all ages. 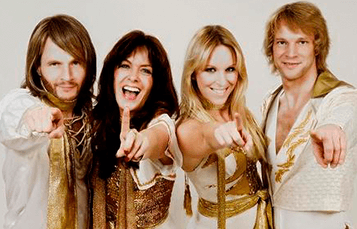 From iconic hits to show stopping outfits, ARRIVAL from Sweden is more than a cover band. Founded by Vicky Zetterberg in the heart of Sweden in 1995, ARRIVAL from Sweden has quickly become one of the world’s most popular ABBA show band. Since 1995, the band has toured in over 55 countries, has appeared on TV and radio shows internationally, and has played with more than 60 symphony orchestras across the globe. Relive the ABBA spirit by singing along to such classics as Dancing Queen, Mamma Mia, Take A Chance and many more.

As a freshman student at Tuskegee University, McClary met Lionel Richie in the registration line. The two became friends and in 1968 they began to put together a band which they called The Mystics. The group played local gigs then added more members and changed their name to the Commodores. McClary spent 15 years as the lead guitarist, songwriter, co-producer and co-arranger (along with James Carmichael) for the Commodores.

Straight from across the pond, Herman’s Hermits starring Peter Noone is an English beat rock band that has been changing the face of music since 1964. The British Invasion band has sold 52 million records and recorded 24 gold hits. Dance along to classic hits such as I’m Henry VIII, I Am and Dandy in a show that will send you back to the 1960s.

Relive the exemplary sound of the 1950s with the kings of doo wop at Busch Gardens Tampa Bay. Canadian vocal quartet The Diamonds took America by storm in the 50s and 60s. With chart-topping hits such as Little Darlin and Why Do Fools Fall In Love, The Diamonds combine jazz, rock, and pop and create a timeless performance. 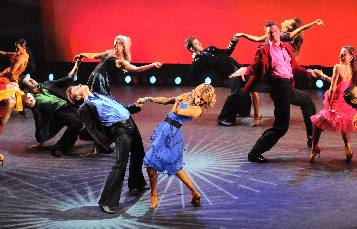 America’s favorite touring dance show is back in 2018 with all of your favorite, classic numbers. Plus new choreography from Dancing with the Stars’ Anna Trebunskaya and finalist from So You Think You Can Dance and American Idol. 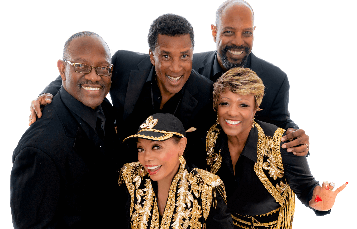 In 1967, a little known vocal group called The 5th Dimension recorded a song called “Up, Up and Away” which turned out to be one of the biggest smash hits in musical history. The single won several Grammy Awards, the group catapulted to stardom, and their story has been one of success ever since. The 5th Dimension has released over a dozen hit albums and received 14 gold records, 6 platinum records and 6 Grammy Awards.

Eaglemania has evolved into a nationally touring tribute to The Eagles, performing to sold out audiences everywhere they go. Eaglemania performs all of the hits of the Eagles, as well as Don Henley, Glen Frey, and Joe Walsh’s solo albums. Their attention to detail and their ability to reproduce the Eagles exactly leaves their fans with an experience that they do not soon forget.

Selling millions of records worldwide, Lorrie Morgan has been an icon of the country music scene with a career that spans four decades. She was the first woman in her genre to begin her career with three consecutive platinum albums with hits like Five Minutes, What Part of No, and I Didn’t Know My Own Strength. 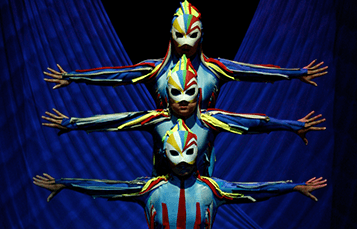 Admission to all concerts is included with regular theme park admission (including annual passes), but guests may purchase Priority Seating for $9.99 each to get a seat without waiting in line. Priority Seating is located in rows 2, 3, 4, and/or 5 in the center of the theater. The entry path to the Priority Seating area includes stairs and is not wheelchair accessible. Guest with accessibility questions are encouraged to contact Busch Gardens Guest Relations at [email protected] or 813-987-5885. Visit buschgardens.com/tampa/events/real-music-real-masters/priority-seating/ to purchase Priority Seating in advance.

For more information about Busch Gardens, visit buschgardens.com/tampa and watch these videos:

Would like to know if there is a way to skip line for Eagles show?