A new article from Barron’s has given some additional insight into what visiting Star Wars: Galaxy’s Edge will be like when it opens this summer at Disneyland Resort, and in the fall at Walt Disney World. 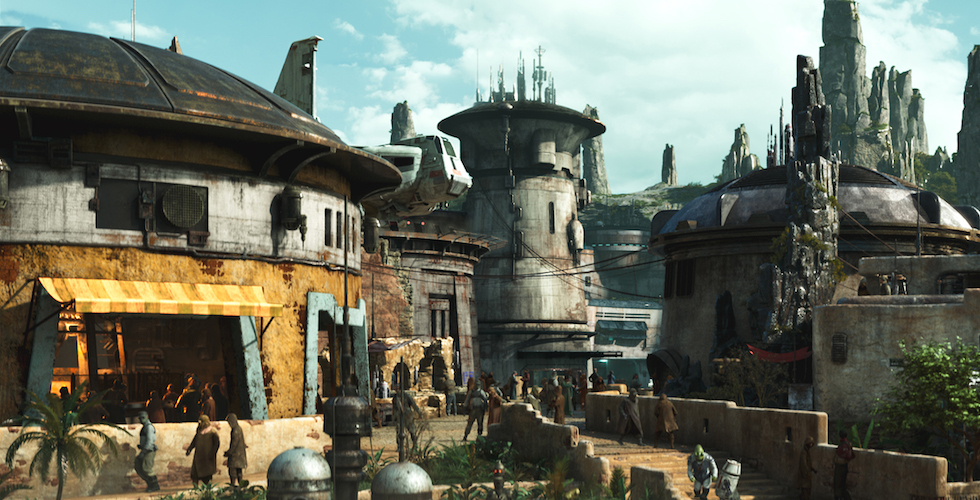 The article, written by Jack Hough, describes the land’s entrance as “like a movie fading out and then back in,” using short, enclosed passageways to make sure that a guest’s first glimpse of Batuu is a cinematically framed experience. 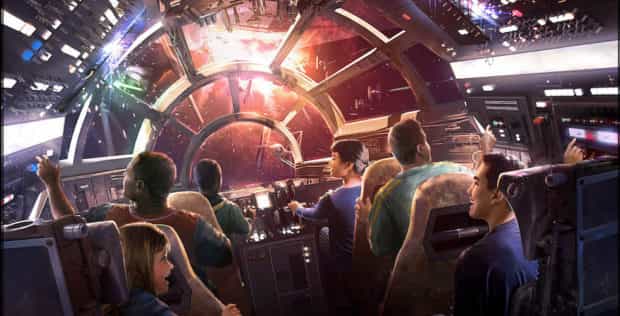 On Millennium Falcon: Smuggler’s Run, what guests do during their ride experience can affect the rest of their day in the land. As stated in the article, “After a ride, the visitor might say, stop at Oga’s for a drink and be told something like, ‘The boss isn’t happy about how you brought the ship back.’ This is part of an interactive, story-building experience throughout the land that visitors can opt in to or out of.”

It is still unclear how these interactions will take place. At a previous D23 event, guests were told that they would interact with the land through the Play Disney Parks mobile app, though this statement implies that an interaction with a person or an animatronic can help move the story along.

With Star Wars: Rise of the Resistance, the immersion isn’t only just on the actual attraction, but within the queue as well. Guests waiting in line will travel through highly-themed interiors replicate rundown rooms that the Resistance has turned into their operations base for their fight against the First Order. 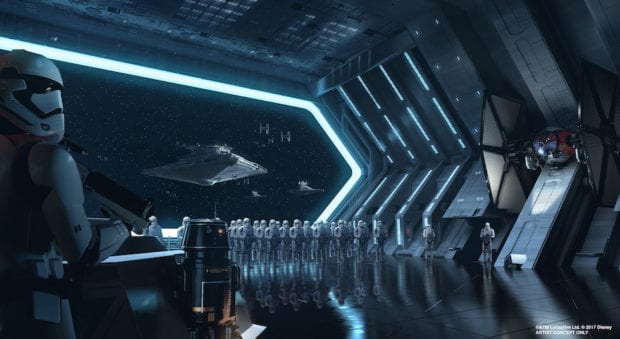 Also mentioned in the article, “guests might be ‘captured’ at one point and ordered along by the enemy, before making their escape aboard a trackless troop transport. They will see scenes including a stormtrooper formation and one featuring Kylo Ren, perhaps resembling the interrogation scene from ‘Star Wars: The Force Awakens.’” 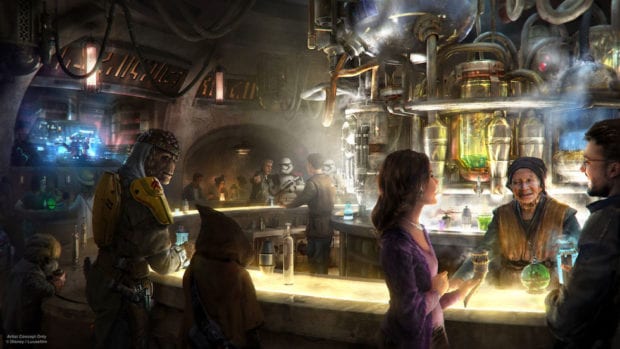 Oga’s Cantina in Star Wars: Galaxy’s Edge will be the first public restaurant in Disneyland to serve alcohol, and with its expected popularity, most guests will have to stand when enjoying their beverage inside. There will be a few booths with seating around the outer edge of the restaurant, but it’s unclear if these can be reserved.

Guests will be able to order Blue Milk in Black Spire Outpost, and to the delight of vegan Star Wars fans everywhere, this drink will be non-dairy. It is possible that this drink will be sold by or near a bantha farmer in the marketplace, but could also be sold in Oga’s Cantina.

Retail locations in Galaxy’s Edge will feature various items, like droids that can be customized through an interactive experience. A droid that is made to be “afraid of stormtroopers” might signal fear when one approaches. Droids owned by members of the same group might recognize each other when they meet, suggesting an interactive aspect to the droid.

There will be another shop run by Dok-Ondar, a collector that was mentioned in “Solo: A Star Wars Story.” This character will likely be an interactive animatronic, similar to the goblin banker in Universal Studio’s Florida’s The Wizarding World of Harry Potter – Diagon Alley. 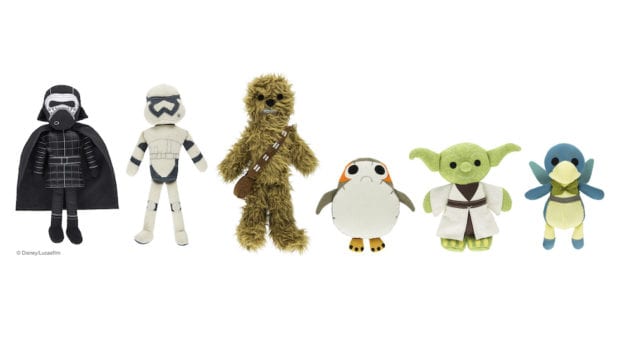 A possibility for the land’s merchandise is that items will be sold in packaging that downplays the Disney and Star Wars logos, like that of Pandora – the World of Avatar. Another possibility is that the merchandise featuring familiar characters will look somewhat different.

“As a hypothetical example, an artisan figure of a familiar character might look slightly off, with the back story being that residents of Batuu have never seen the character, so they don’t know exactly what the figure should look like,” explained the article.

In another revelation from Barron’s, The Walt Disney Company CEO Bob Iger revealed that Star Wars: Galaxy’s Edge at Disneyland park would open in June:

“When Star Wars opens in Anaheim in June and in Florida later in the year, that’s adding capacity,” said Iger. “You’re adding 14 acres of land (each), more rides and more for people to do. It’s the biggest land we’ve ever built.”

This statement has not been officially confirmed with any announcement from Disneyland or the Disney Parks Blog.

What are you most excited about when it comes to Star Wars: Galaxy’s Edge? Let us know in the comments below!

Ample Hills Creamery will not open at...