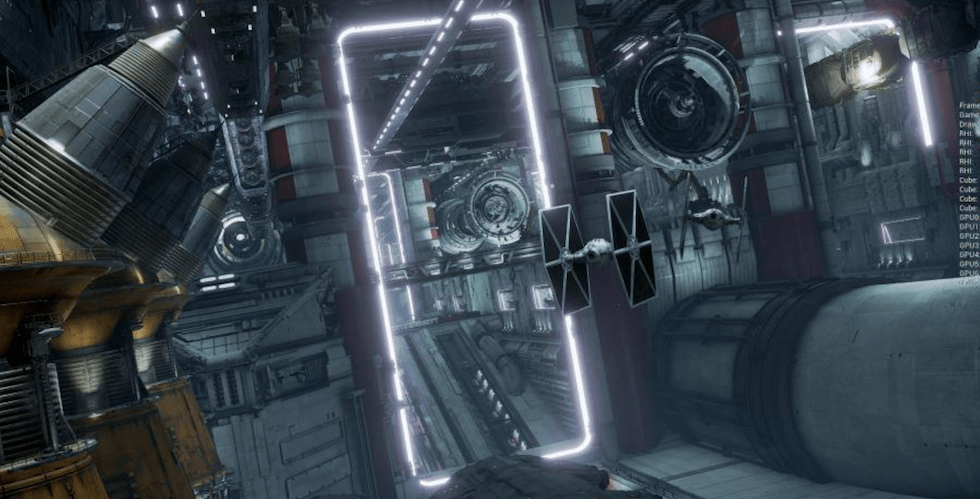 A new in-progress image has been released for the Millennium Falcon attraction coming to Star Wars: Galaxy’s Edge.

When Star Wars: Galaxy’s Edge opens next year at Walt Disney World and Disneyland Resort, guests will be able to step into another world on the planet of Batuu, a remote outpost and a safe haven for smugglers throughout the galaxy.

A first look at the new Millennium Falcon flight simulator has been released by the technology firm NVIDIA, giving fans and guests a glimpse of what’s to come with the new attraction. 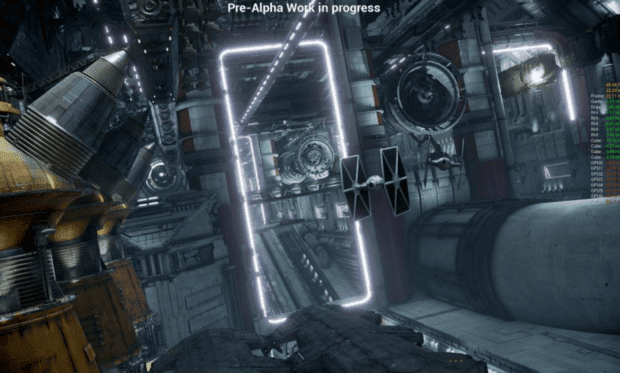 This is the full first look at the in-progress image from the upcoming Millennium Falcon flight simulator.

Walt Disney Imagineering is collaborating with Epic Games and NVIDIA to develop the technology used to make this attraction come to life. The attraction will utilize NVIDIA technology, as well as five projectors with ultra-high resolution and perfectly-timed displays to fully immerse the riders in the ride.

The attraction is also being developed using Unreal Engine, which is created by Epic Games and often used in many of the most popular video games to date.

It can be expected that, thanks to the technical modifications that Imagineering and NVIDIA have made for Unreal Engine, the attraction’s video portion will render with great quality and speed, just like that of a video game. 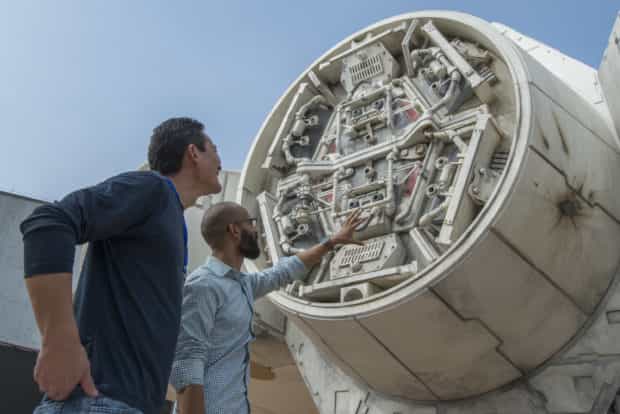 Guests will be able to see the famous space freighter in person when the new land opens in 2019.

We’ve only seen two other images referencing the Millennium Falcon attraction, which is expected to hold six guests inside the cockpit of everyone’s favorite space freighter. 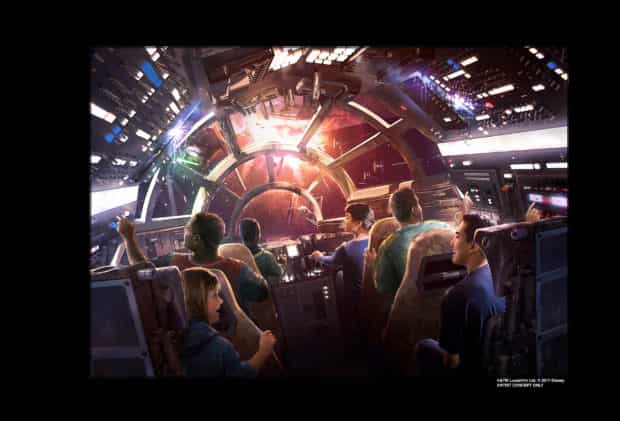 The Edison at Disney Springs debuts ‘Burger of the Month’ series