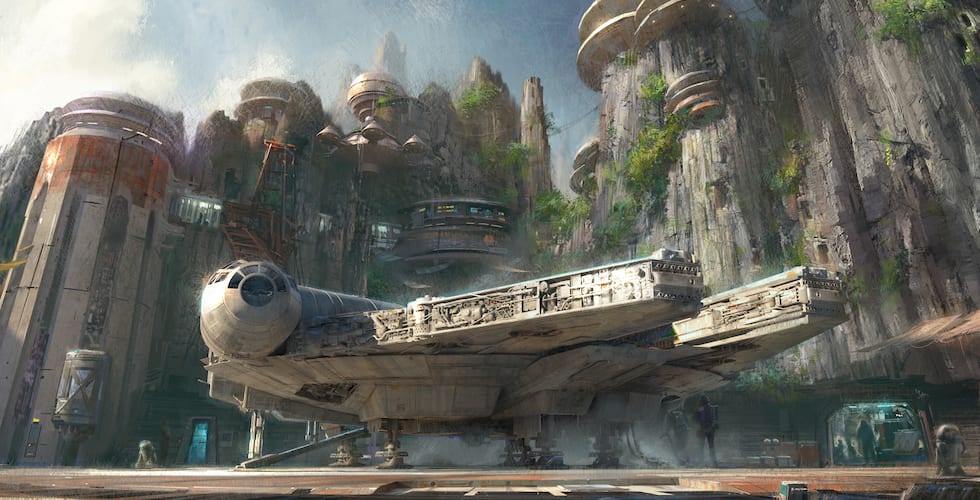 We now know the names of the two attractions opening with Star Wars: Galaxy’s Edge.

On Millennium Falcon: Smuggler’s Run, Hondo Ohnaka and Chewie borrow the Falcon and recruit guests to take on one of three unique roles in the cockpit. On Star Wars: Rise of the Resistance, guests are captured by the First Order and will face off against Kylo Ren.

Check out this first look at Millennium Falcon: Smuggler’s Run and Star Wars: Rise of the Resistance (which was shot inside the actual attraction) below:

In this new land, guests will be able to visit a street market, shop at food stalls that offer delicacies like blue milk, or visit the Cantina and see DJ Rex, as well as encounter creatures and characters from the Star Wars universe.

It was also revealed that composer John Williams is creating original music for the new land. You can hear a snippet of the new Galaxy’s Edge theme in the video below:

Guests will be able to interact with the land’s dynamic and interactive elements through the Play Disney Parks app – which will invite guests to become a part of their own Star Wars story.

A new look at visuals for the upcoming Star Wars resort that’s currently in development for Walt Disney World was also shared, which you can check out below: 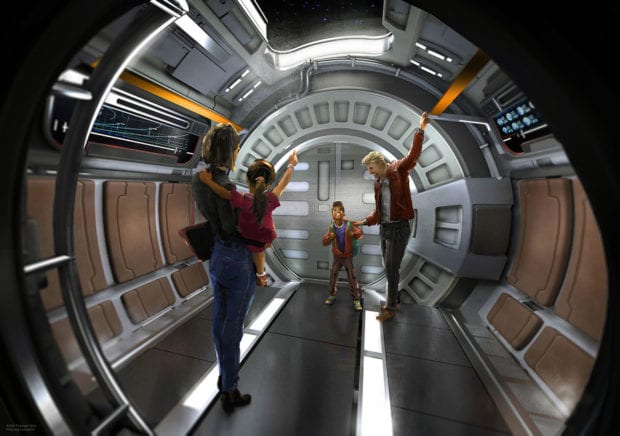 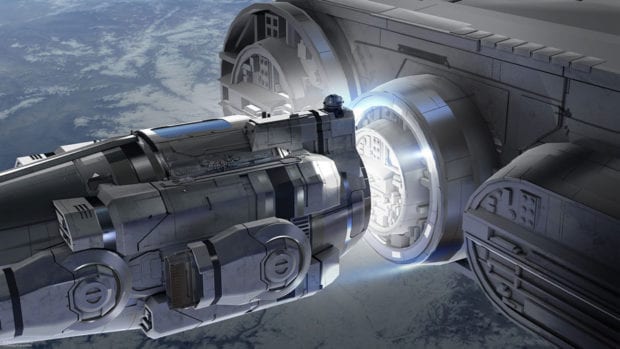 Check out our latest videos on Star Wars: Galaxy’s Edge below, including an aerial tour and look at the original land model from D23 Expo 2017:

Stay tuned to our website for more updates on Star Wars: Galaxy’s Edge.

Do you know when they will be recruiting staff for these parks and where to apply?

They usually hire from within. Current cast members will move over to the new land.

I hope these are not “3D goggle” rides like every new rides at Universal Studios (e.g Harry Potter castle rides). I know they take up way less space, but they really lack the immersion of non-screen rides. Plus after a while you get motion sick.