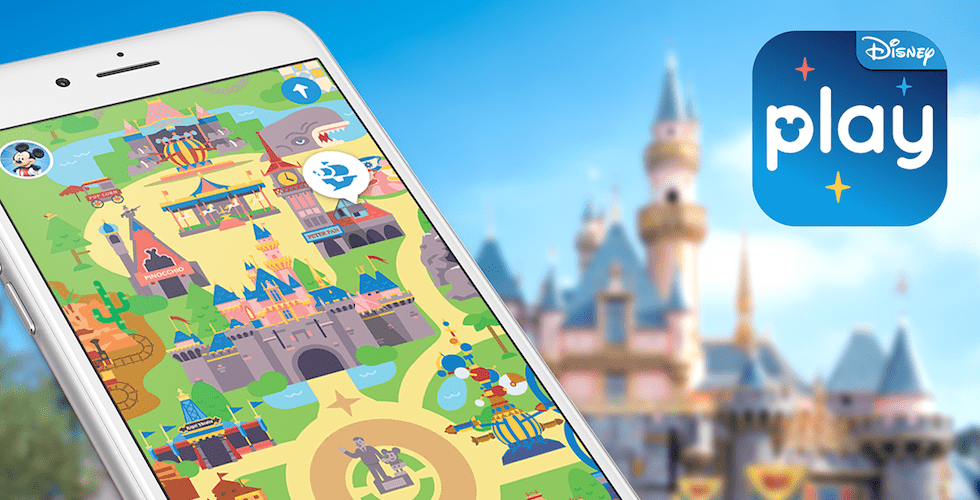 Play Disney Parks is a new way to experience the Disneyland and Walt Disney World Resorts.

A new way to play is coming to the Disney Parks this summer. The all-new Play Disney Parks mobile app debuted today, June 28, on the App Store and Google Play, two days ahead of its official June 30 release.

The Play Disney Parks app was created for families and guests to enjoy and get everyone in on the fun, turning their wait time into play time with interactive experiences created for select attraction queues. 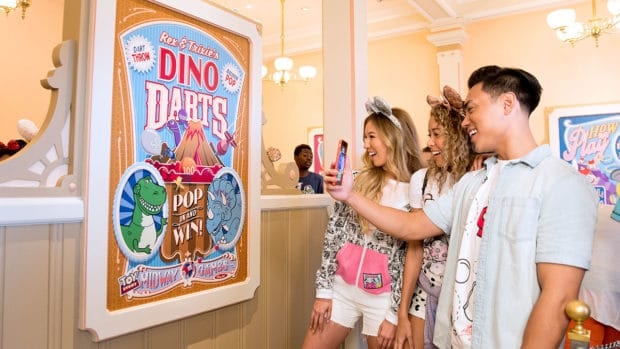 Play Disney Parks can turn waiting in an attraction queue into a fun minigame experience.

Some of these include: “Playset Party” at Toy Story Mania at Disney California Adventure Park and Disney’s Hollywood Studios, “Off to Neverland” at Peter Pan’s Flight at Disneyland Park and Magic Kingdom Park, “Rocket Race” at Space Mountain at Disneyland Park and Magic Kingdom, and “Andy’s Boardgame Blast!” at the brand-new Slinky Dog Dash coaster at Disney’s Hollywood Studios.

Guests signed into their Disney account, available to guests age 13 and over, can also earn, collect and share themed achievements, be rewarded for playing games, answering trivia, completing challenges within the app and experiencing certain attractions at both Disneyland and Walt Disney World. 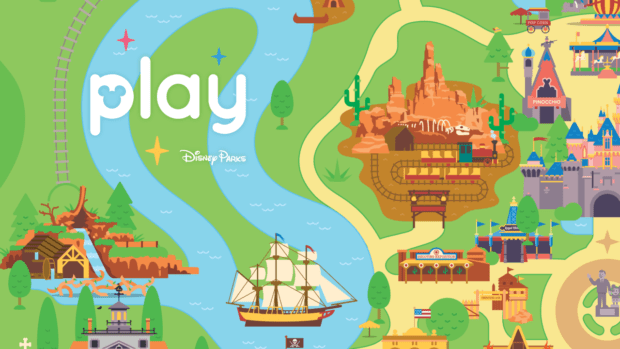 The Play Disney Parks app shows all your favorite attractions and lands in a fun and cute art style.

This first-of-its-kind app will also let guests enjoy the songs of the Disney Parks in a new way. Exclusively through Apple Music, guests can go through the app to a curated audio experience that features official playlists inspired by the park lands, attractions, and characters.

The Play Disney Parks app will evolve over time as the parks open new offerings and experiences, like the much-awaited Star Wars: Galaxy’s Edge coming to both resorts in 2019, or the Tron lightcycle roller coaster coming to Walt Disney World by 2021.

The app is currently free to download, and is available via the iOS App Store and Google Play, though some features are only available on the iOS version.

Check out our video on this new mobile app below: