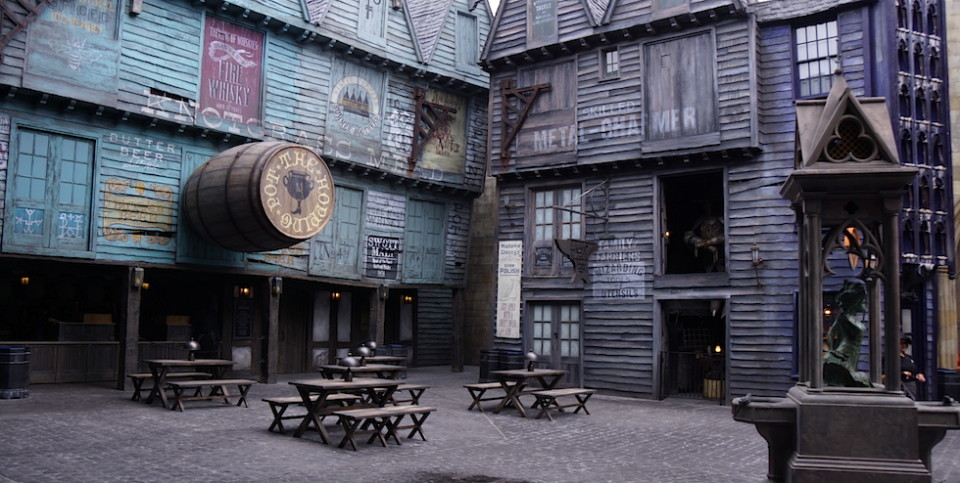 We were able to preview The Wizarding World of Harry Potter – Diagon Alley expansion at Universal Orlando, and we’ve brought back lots of photos and videos for those who can’t wait to see inside.

The event started off with the announcement that July 8, 2014 will be the official opening date for Diagon Alley:

Universal then held a red carpet premiere featuring several stars from the films and a special opening moment, followed by a nighttime look inside Diagon Alley:

The stars and creative team behind Diagon Alley then sat down to answer questions:

Finally, everyone was given time to explore Diagon Alley and all the new offerings found inside:

POV London to Hogsmeade on the Hogwarts Express

POV Hogsmeade to London on the Hogwarts Express


Harry Potter and the Escape from Gringotts queue walkthrough

A look at how Gringotts ride vehicles work:


Ride vehicle movement in Harry Potter and the Escape from Gringotts

The Tale of the Three Brothers street show:

Walkthrough of Knockturn Alley, including Borgin & Burkes and a special reference to the former Jaws Ride:

Interacting with the Knight Bus Conductor and Shrunken Head:

We will have in-depth coverage of The Wizarding World of Harry Potter – Diagon Alley on the June 26, 2014 episode of Orlando Attractions Magazine: The Show.

You can view our expansive photo gallery from inside Diagon Alley below:
[nggallery id=22]

The Muppets take The Haunted Mansion with...

Doc Brown to be in The Simpsons...