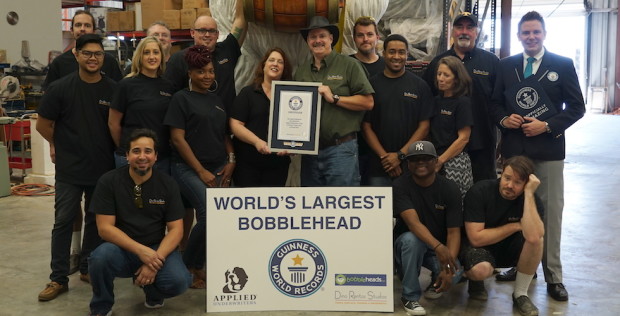 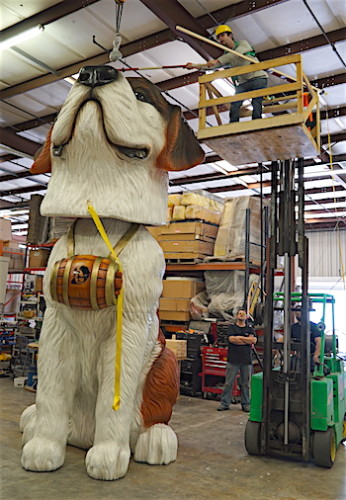 The record for world’s largest bobblehead, previously held by the Game Show Network with a 13-foot-tall Chuck Woolery, was broken today with a 15-foot, 4 3/4-inch dog.

Dino Rentos Studios prop shop was tasked with creating the huge canine for Applied Underwriters, based on a regular sized bobblehead of their mascot, Goldie the St. Bernard, created by Bobbleheads.com. It only took four weeks for Dino Rentos and his team to build the record breaker. If you’d like to see the bobblehead in person, unfortunately you’re going to have to go to one of the trade shows Applied Underwriters is attending. It will first be displayed later this month at the Berkshire Hathaway Shareholders show in Omaha, Nebraska.

But you can’t just declare something the largest. You have to call in the experts, Guinness World Records. They required a third party to certify the height, so Benchmark Surveying & Mapping was called in to measure it. The rest is history!

Here’s a look at the process: