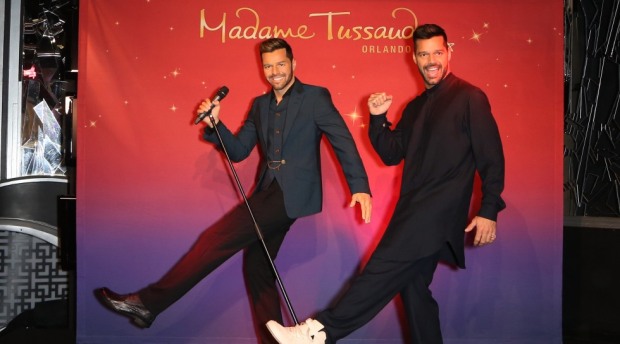 Known for hits such as “Livin’ La Vida Loca”, “She Bangs”, and his latest single “Adios”, Martin was in Las Vegas to perform live at the 15th Annual Latin Grammy Awards. The Grammy Award winner has sold more than 85 million albums worldwide and certified platinum more than 95 times in over 20 countries. He is also a New York Times bestselling author, philanthropist and Broadway star.

“It was such an incredible experience to take part in the Madame Tussauds process,” said Ricky Martin. “I’m truly amazed at how much work has gone into making this figure as authentic as possible.” Martin personally selected the clothing his figure is wearing. The ensemble comes from the wardrobe of Martin’s latest world tour.

Each Madame Tussauds figure is truly a work of art, involving teams of professional artists and sculptors who spend months on extensive research and taking more than 500 measurements to recreate world-famous icons.

Guests at Madame Tussauds Orlando will experience the essence of America with this brand new, immersive and interactive wax experience as they move through themed areas. All visitors can shake hands with the president, get on stage with rock stars and pop princesses, or get up close and personal with a Hollywood heartthrob and take the ultimate selfie.

An inside look at the new Dave...