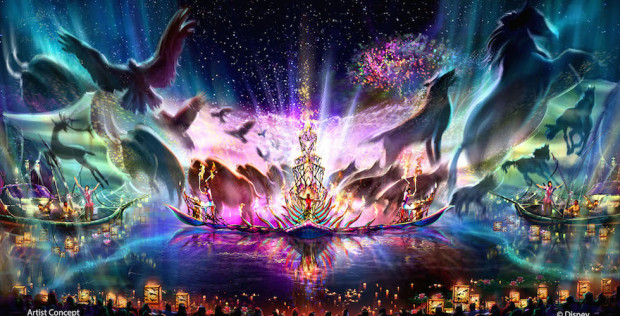 The debut of the Rivers of Light show and other nighttime experiences at Disney’s Animal Kingdom were supposed to debut on April 22, 2016. But Disney has pushed back the opening date as they continue to work on this one-of-a-kind new show.

Disney World officials haven’t yet set a new opening date, but it looks like it’ll be delayed a month or more. Disney said they will share more information about the timing of the opening by mid- to late-May.

The delay is being pushed back as the Imagineers continue to work on the Rivers of Light show, but all of the nighttime attractions, Rivers of Light, Tree of Life Awakenings, Nighttime Kilimanjaro Safaris and other atmosphere entertainment, have been delayed.

Here are some new details on the Tree of Life Awakenings and a video preview:

Each evening, at an unscheduled time, the Tree of Life will “awaken” through the use of projection mapping, similar to the nightly projection show on Cinderella Castle at Magic Kingdom. Once the show starts, it will continue throughout the night with multiple two to five minute shows, as well as shorter scenes. The show only takes place on the front part of the tree, so the best viewing will be the hub area in front of the tree. Here’s a preview: