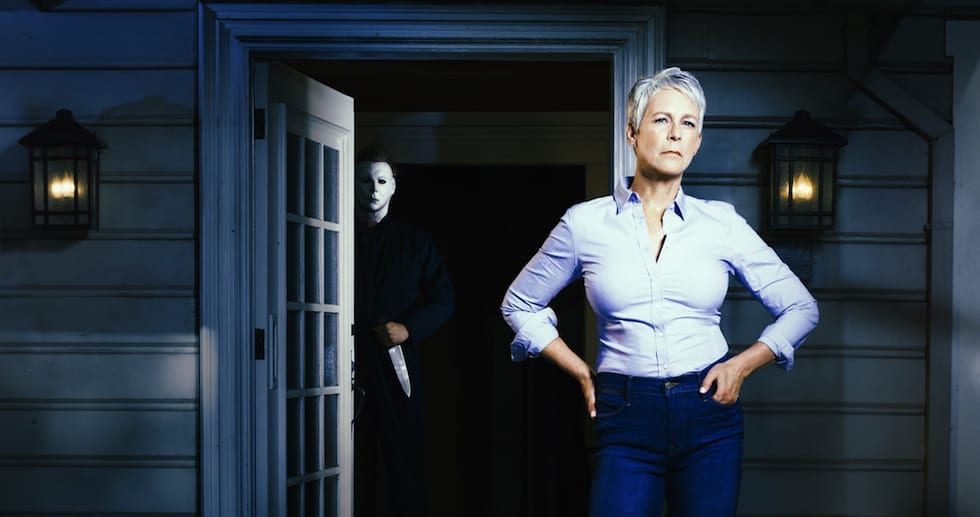 It was initially speculation, but now I’ve received word from two sources that a maze based on Blumhouse’s “Halloween” (2018) will be featured at Halloween Horror Nights in Orlando and Hollywood. The film is scheduled to be distributed by Universal Pictures on Oct. 19, and its a natural choice for a haunted house, given the event’s history of mazes including the original Halloween 1 and 2.

Blumhouse’s “Halloween” has been described as a “re-imagining” of the ending of Halloween 1 while being a direct continuation of the story between Laurie Strode (Jamie Lee Curtis) and The Shape/Myers (Nick Castle).

The script was written by Jeff Fradley, Danny McBride and David Gordon Green, based on the original film co-written by John Carpenter and Debra Hill. Filming for Blumhouse’s Halloween wrapped last year, directed by Green and the project is deep in post-production.

Fradley, McBride and Green all worked together previously on HBO’s “Vice Principals,” and their pitch was good enough to entice the original director and co-writer of Halloween, John Carpenter, to return to filmmaking. Carpenter is said to be composing the music for this new Halloween movie.

The synopsis from the film’s official website is as follows: “Jamie Lee Curtis returns to her iconic role as Laurie Strode, who comes to her final confrontation with Michael Myers, the masked figure who has haunted her since she narrowly escaped his killing spree on Halloween night four decades ago.”

The maze for Blumhouse’s Halloween is rumored to feature the new mask – as seen in the teaser poster released by Universal Pictures.

We can expect scareactors cast as Myers, as well as Laurie Strode. Universal’s Art and Design will presumably have access to the movie and draw from the sounds and visuals directly, and of course, include key scenes from the film.

The trailer was released on June 8, with no house announcement from Universal. Time will tell if this house is truly part of the lineup for this year’s event.

Check out the official trailer for the new “Halloween” film below: