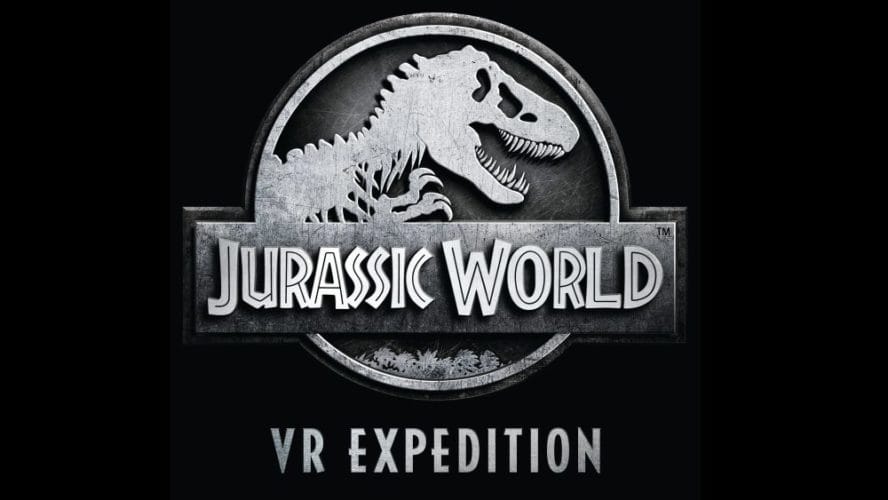 A multi-player virtual reality Jurassic World VR Expedition is coming to Dave & Buster’s arcades across the country beginning on June 14.

Jurassic World VR Expedition will combine moving seats with virtual reality headsets to send players on a digital dinosaur safari. Four guests at a time will spend five minutes zipping around Isla Nublar, competing to rescue as many dinos as possible with a handheld scanner. The experience will cost about $5 per person, per play. 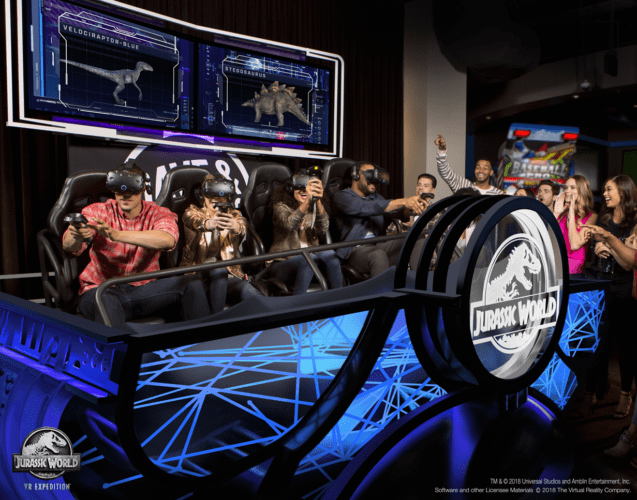 Up to four people at a time can put on an HTC VIVE headset and enter Dave & Buster’s state-of-the-art VR motion simulator, where they will be transported into what remains of Jurassic World for a five-minute suspenseful, awe-inspiring expedition. There, they will rescue dinosaurs that were freely roaming Isla Nublar at the end of the last chapter of Jurassic World. Inside the VR experience, people are able to save dinosaurs by tagging and “saving” them, accumulating points while they do.

“For many, this will be their wondrous introduction to VR, and Jurassic World VR Expedition will transport fans in a more immersive way than they could imagine. Players will experience the dinosaurs—both the majestic and terrifying—first person,” said Chris Heatherly, executive vice president of Games and Digital Platforms, Universal Brand Development.

The new Jurassic World VR Expedition will be available starting on June 14 at all Dave & Buster’s locations, including the one in Orlando. Visit daveandbusters.com for more information, and watch these videos for other Jurassic adventures:

Update: This article has been edited to clarify the companies responsible for development.