RunDisney to add ‘Frozen’ to Princess Half Marathon Weekend 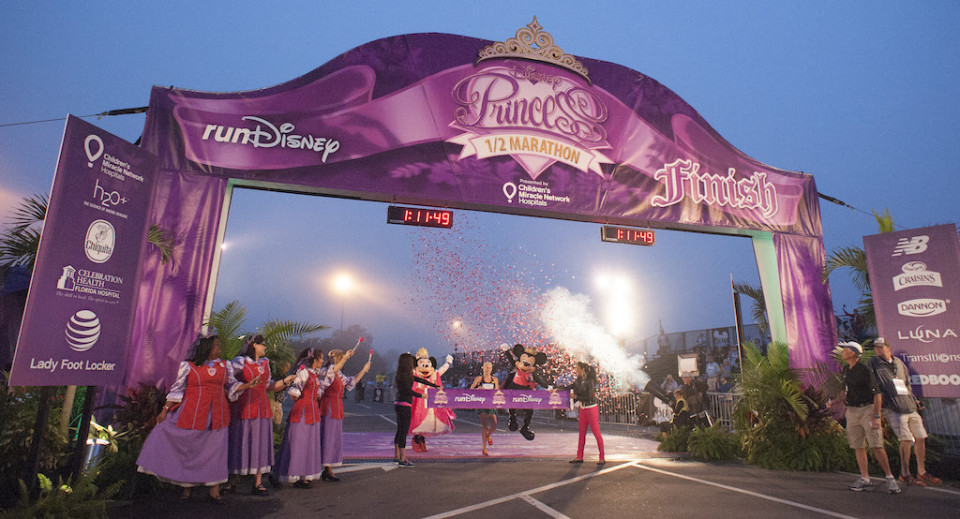 Less than 24 hours ahead of the open registration for the 2015 Princess Half Marathon Weekend, runDisney has announced some Frozen events will be a part of it. Not that these events would have had any difficulty selling out anyway, but the Princess 5k and the kids races will now both be themed after the wildly popular Academy Award winning animated feature film “Frozen”. As such, the medals awarded to participants will also be Frozen themed.

Not unlike the seemingly ever-growing popularity of Frozen, runDisney has grown by leaps and bounds. Just this year they added an Avengers Super Heroes Half Marathon weekend for the late fall 2014 and the Star Wars Half Marathon Weekend in January 2015. Both events will be held at Disneyland in California, each selling out in a matter of hours. The Princess Half Marathon weekend has grown in popularity. It is one of two women-focused (but men can run too) runDisney events on the race calendar. In its inaugural year of 2009, the event hosted 7,500 runners. This year’s event played host to more than 26,000!

What you need to know:
Event: The Princess Half Marathon Weekend
Where: Walt Disney World Resort
When: Feb. 19-22, 2015
Early Registration: Annual Pass Holders sign-ups were last weeks and they sold out in a few hours.
General Registration: July 15, 2014 at 12 p.m. If you want to run any of these races you need to be ready to sign up!

Tip: Sign up for a free Active.com account today. All registrations are accessed through the runDisney.com website, but Active handles the actual registration and payment. Other than that, be patient and keep trying. I haven’t heard any stories about runners not being able to get the events they were trying to get into if they tried at the time registration opened (provided there is not any trouble with their computer hardware, their credit card, their Active account, or their patience)!

Introducing The Weekly Rewind from @Attractions

‘Tis the season to celebrate the holidays...