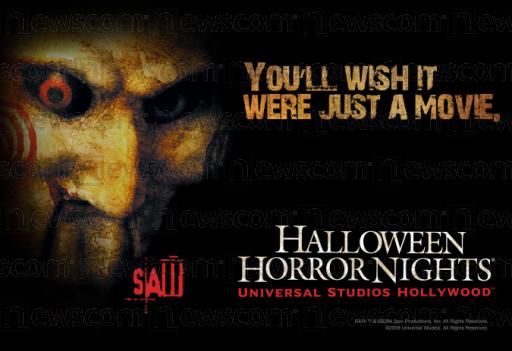 In a press release, details for the California version were released:

Saw characters, themes and live action recreations of the infamous “traps” from the entire SAW horror franchise will be featured in a “maze” experience, in multiple “scare zones” and aboard the parks signature “Terror Tram,” where guests will be subjected to a deadly “game” that will echo a story element instantly recognizable to SAW’s legion of fans.

No specific details were revealed (yet) about the Saw attraction that will also be included during Halloween Horror Nights 19 at Universal Orlando.

Halloween Horror Nights 19 to bring Chucky, Saw, and the Wolfman to life

It interesting to add, there was actually a Saw maze that was created in Brea, California (an hour from Hollywood) last Halloween. Makes me wonder if it was a test to see if it would be popular enough

theres a saw rollorcoaster in england

ooooooooooohhhhh! i’m scared but i’m not.

A look at Viva la Música at...