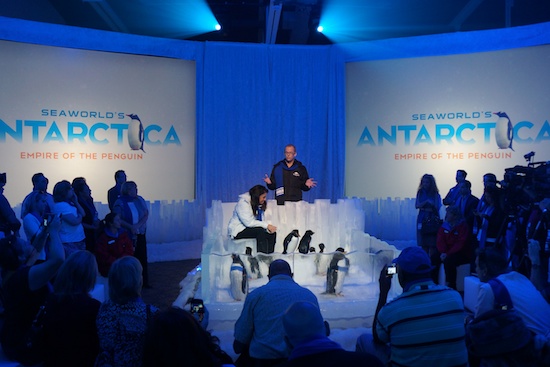 SeaWorld Orlando have announced their plans for two new attractions at SeaWorld and one for Discovery Cove. Look for a 3D/360 experience called TurtleTrek and Freshwater Oasis at Discovery Cove next spring, and a new Antarctic area with a new ride at SeaWorld in spring 2013.

The new attractions represent the biggest expansions in the history of SeaWorld Parks & Entertainment, the parks’ parent company. Terry Prather, president of the company’s Orlando parks, SeaWorld, Discovery Cove and Aquatica, said, “With TurtleTrek at SeaWorld Orlando and Freshwater Oasis at Discovery Cove, travelers will have all new reasons to visit Orlando. What we’re creating will take you places you’ve never been before, places only SeaWorld can take you.” 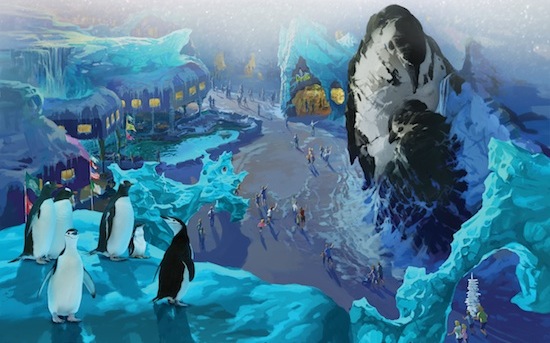 Antarctica – Empire of the Penguin

This new area of SeaWorld is its biggest-ever attraction expansion. (It will take over the former Penguin Encounter area.) It’s a voyage to the bottom-of-the-world, Antarctica.

Guests will be surrounded by the sights, sounds and encounters found in this frozen place, embarking on a one-of-a-kind ride. They’ll experience the mystery and wonder of life on the ice through the eyes of a penguin, sensing the beauty and drama of their sometimes-dangerous habitat. Antarctica – Empire of the Penguin combines animal connections with state-of-the-art interactive ride technologies for adventures that are different each time.

• This attraction will use new ride technologies.
• Officials say it will be the most thrilling family ride in Orlando.
• It’s said to be the coldest theme park attraction in the world.

Click Here to visit the official Antarica – Empire of the Penguin page. 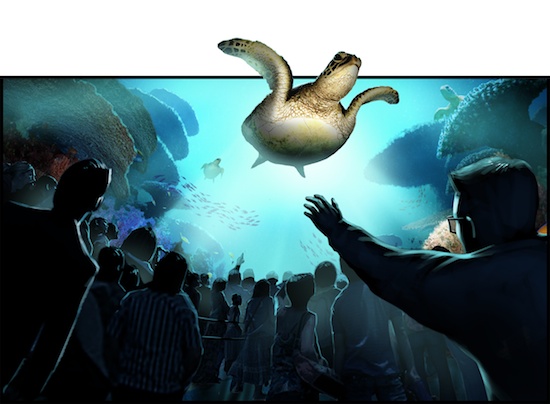 Moving on from the habitat, guests enter a domed theater, and what happens next has never before been seen and is a first at any theme park in the world. Coming to life is a first-of-its-kind 3D/360-degree dome theater film that is completely immersive. The dome allows a realistic 3D movie to be shown all around guests and even above them – not just in front them or on separate screens around them. This will be a unique and immersive way of showcasing a sea turtle’s epic journey that is the heart of TurtleTrek.

• Each frame of the film has approximately 26 million individual pixels (more than 13 times what is considered “high-def”)
• Each animal featured in the movie – from our hero sea turtle, to thousands of fish and down to the smallest anemone – began its life on an artist’s drawing board. Every movement of every creature was then animated independently.
• More than 12 species of sea animals are brought to life for the animated film. And each one was approved by SeaWorld educators and animal experts.
• The dome is so large, it takes 34 projectors and 368,000 lumens of light to fill it with a 3D, 360-degree movie.
• The sound system at TurtleTrek includes 22 discrete audio channels that have all been mixed on-site. This allows for 3D sound and pinpoint placement of audio effects.
• TurtleTrek will be home to a variety of adult and juvenile sea turtles, including hawksbill, Kemp’s, loggerhead and green sea turtles. Guests can view them gliding past them from above, or through a below-water window.
• Approximately 200 freshwater fish will accompany the manatees in their habitat. There will be fish native to Florida such as large-mouth bass and bluegills; and exotic fish that can be found in Florida waters such as pacu and red-tail catfish. 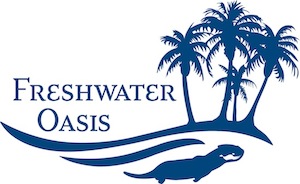 Just across the street from SeaWorld is Discovery Cove, a limited-admission, all-inclusive theme park where guests swim with dolphins, hand-feed tropical birds, snorkel among thousands of colorful fish and rays and relax on pristine beaches.

Freshwater Oasis will be an all-new attraction featuring swimming and wading adventures and face-to-face encounters with playful otters and curious marmosets.

Designed with a rainforest canopy above and sparkling-clear springs below, Freshwater Oasis will allow guests to relax and explore. They’ll wade, hike, swim and float in the water-filled trails and discover marmosets and playful Asian otters.

• The warm water is perfect for relaxing and soaking up the sunshine or to enjoy an ice-cold drink from the brightly colored Adirondack chairs that are built into the area.
• There are multiple entries into the water, and many pathways to discover something new at every turn.
• Swim through waist-deep water to the center of Freshwater Oasis, or view from a scenic pathway.
• There will be no glass separating guests from the marmoset monkeys that call the island home.

Video of the full announcement of the three attractions:

Antarctica – Empire of the Penguin 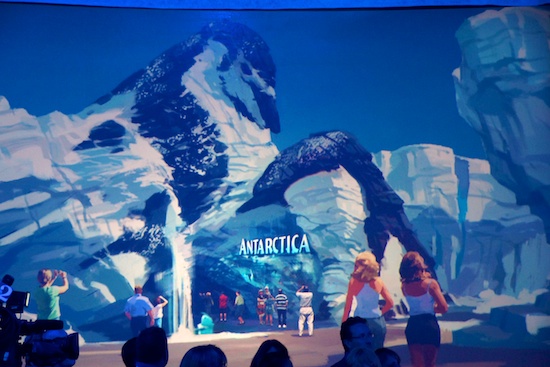 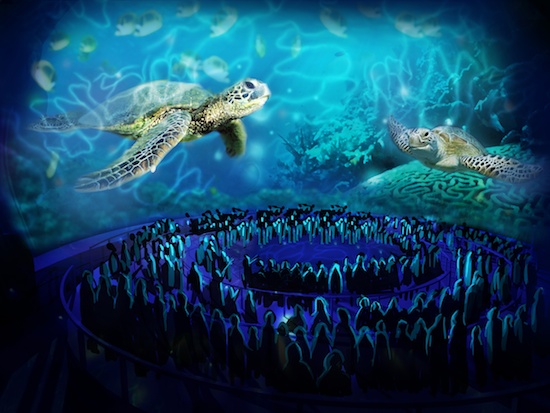 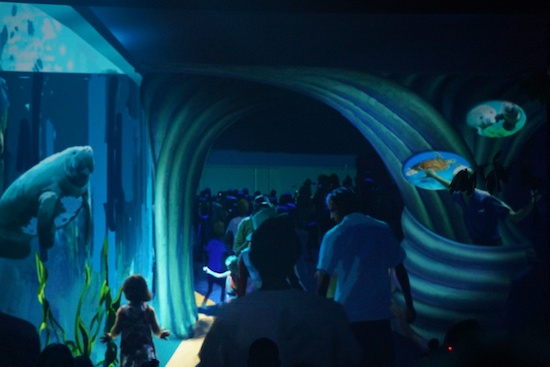 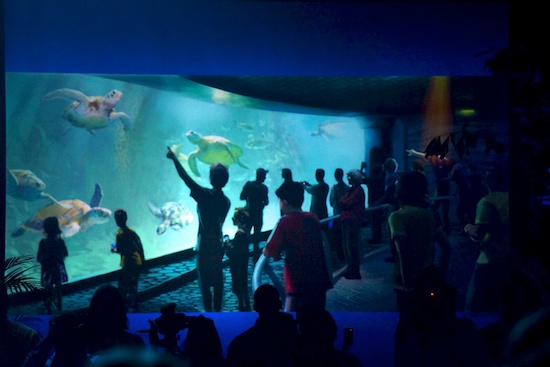 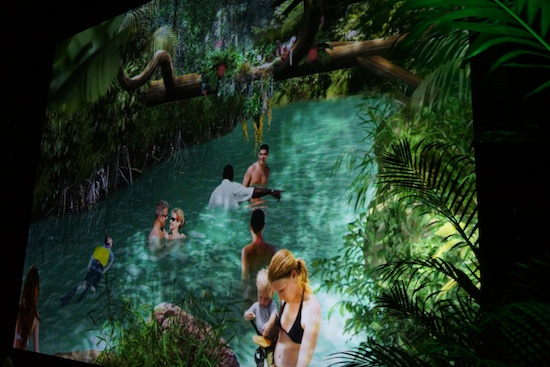 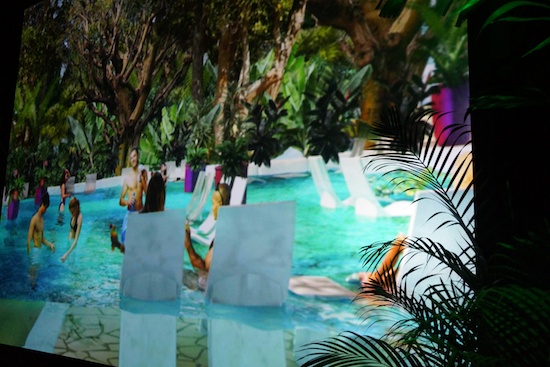 Stars in the Parks video: Larry the...