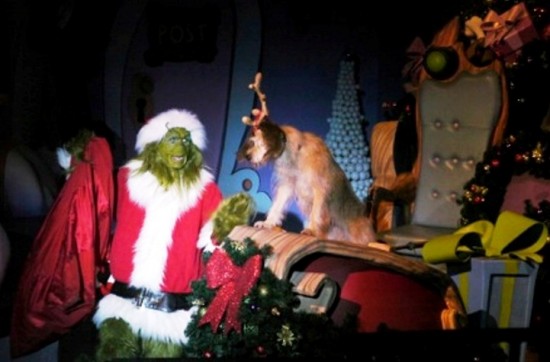 Universal Orlando will be celebrating the holidays from Dec. 3 until Jan. 1, 2012 with special events and activities inside both theme parks as well as all three on-site hotels.

At Islands of Adventure, families can enjoy different Grinch-themed shows and activities. “Grinchmas Wholiday Spectacular” is a daily show starring The Grinch and the Whos from Whoville. The show features an original recorded musical score by Mannheim Steamroller. The Grinch will also be available for pictures and autographs in Seuss Landing. On select dates, a holiday character breakfast package will give families a chance to dine with the Grinch and other Seuss characters. 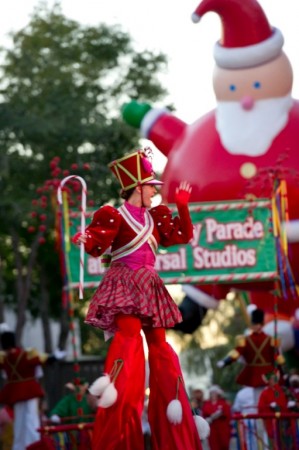 At Universal Studios, the Macy’s Holiday Parade will celebrate its 10th Anniversary of partnership with Universal Orlando. The parade features some of the same oversized balloons that are seen during the Macy’s Thanksgiving Day Parade. A commemorative 10 year anniversary balloon has been added to celebrate the occasion. In addition to the balloons, there is a daily tree-lighting ceremony hosted by Santa Claus. Holiday versions of Universal shows include: StarToons, A Barney Holiday and The Blues Brothers. A special Holiday Village will be filled with hand-blown glass ornaments, caramel apples, hot chocolate, roasted chestnuts, nightly a capella music and a cupcake decorating location.

On Dec. 3, 4, 10, 11, 17 and 18, Mannheim Steamroller will take the stage at the Music Plaza inside Universal Studios to play their memorable holiday hits. The acclaimed musical group has sold more than 40 million albums worldwide.

The hotels around Universal will also be hosting holiday events. Holiday themed movies will be playing pool-side at the Hard Rock Hotel’s “dive-in” movie presentations. Each Friday in December Santa will make an appearance at The Kitchen restaurant. On Nov. 25, Loews Portofino Bay Hotel will host “Holiday Harbor Nights”, a food and wine tasting with a tree lighting ceremony. Jazz music will play in the piazza during the event. Enjoy a family friendly dinner and celebration at Loews Royal Pacific Resort on New Year’s Eve.

Catch the spirit of ‘aloha’ at Universal Orlando’s...

I’m SOOOOO excited for this! One of my favorite parts of Christmas every year. Good to hear Mannheim will be in attendance!

I have seen the Grinch show and the Macy´s parade last year for the first time and they are AWESOME!!!!

A Celebration Of Harry Potter returning for...