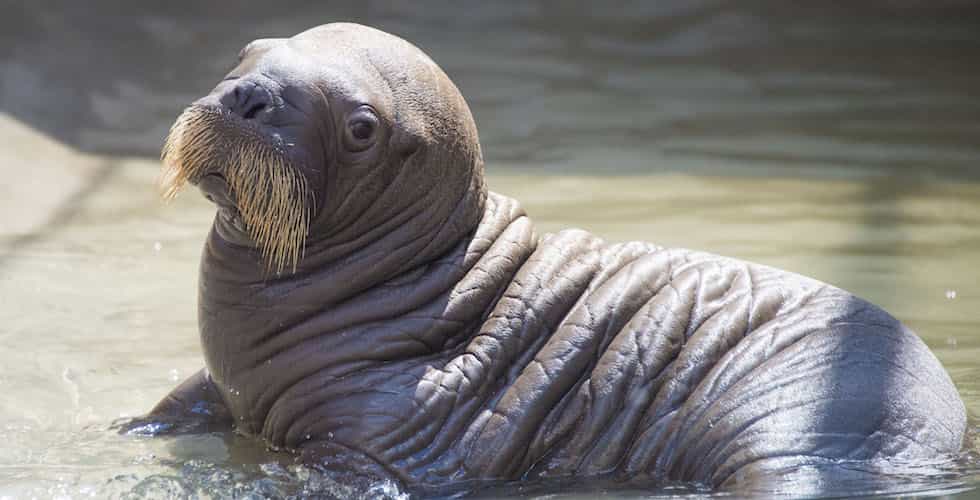 SeaWorld Orlando welcomed a baby walrus into the park on June 3, when a 14-year-old female named Kaboodle gave birth to her first calf.

Kaboodle gave birth just after midnight on June 3, and immediately began to bond with her newborn, even snuggling and staying close as they slept.

SeaWorld’s animal husbandry and veterinary teams provided Kaboodle with regular ultrasounds and extensive prenatal care throughout her pregnancy. The arrival of the new baby walrus has brought joy and happiness to the teams, especially when the mother and calf communicate with each other.

Kaboodle’s new baby is the first baby walrus to be born at SeaWorld Orlando. Walruses are not listed as a threatened or endangered species, but have been affected as a result of climate change. Kaboodle and her calf will play an important role in educating and inspiring park guests to learn more about walruses and their role in the environment.

Walrus populations have stabilized since their commercial hunter was outlawed, but still endure habitat changes due to a thinning ice pack and warming temperatures. SeaWorld Orlando has taken care of orphaned walrus calves with the permission of the U.S. Fish and Wildlife Service previously, and the SeaWorld Busch Gardens Conservation Fund is responsible for research assistance on the Pacific walrus and the impact of decreasing amounts of floating sea ice on the species.

Walrus calves are born with whiskers, which help them detect the shellfish that are necessary for their diet. Both males and females have tusks for defense, as well as to cut through ice and get out of the water.

Kaboodle and her walrus calf are not currently on display at the park, but remain under 24-hour care thanks to the animal husbandry team to ensure their recovery and growth of their bond together.

To stay updated on Kaboodle and her baby calf, stay tuned to SeaWorld’s Instagram, Facebook and Snapchat @seaworldfl. For more information on SeaWorld, visit seaworld.com.