SeaWorld Parks giving away a prize a day through Christmas 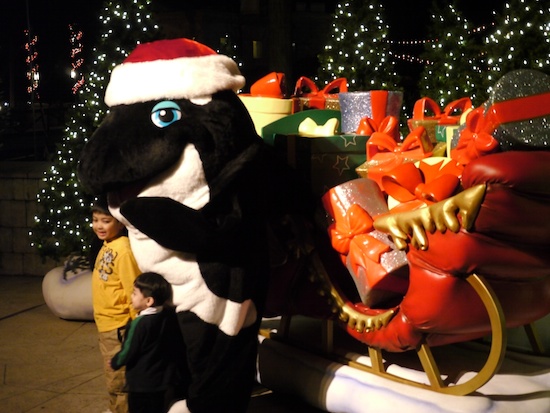 Today through Christmas, SeaWorld Parks & Entertainment is celebrating the spirit of giving with “25 Days of Giveaways”. During the promotion, a different prize will be awarded every day, culminating with a $25,000 giveaway on Christmas Day.

Entrants can win behind-the scenes animal adventures at SeaWorld and Busch Gardens including a Serengeti Safari ride with animal expert Jack Hanna; a day of relaxation for four at Discovery Cove in Orlando; a set of Panama Jack beach bicycles; a home and garden makeover from Costa Farms; VIP tickets to a Tampa Bay Buccaneers home game; VIP tickets to a high-profile concert in San Diego; and seats to the “Live On Letterman” concert series held in New York City.

To enter, fill out the online entry form at seaworldpromotions.com. There is a limit of one online entry per valid e-mail address per day. The consumer promotion officially concludes December 25 at 5 p.m. EST.

Free beer back for the summer at...