I headed to SeaWorld last night to experience SeaWorld AfterDark before it goes away this year. (It ends next Monday, Sept. 1.) Here are some of the interesting things I saw. 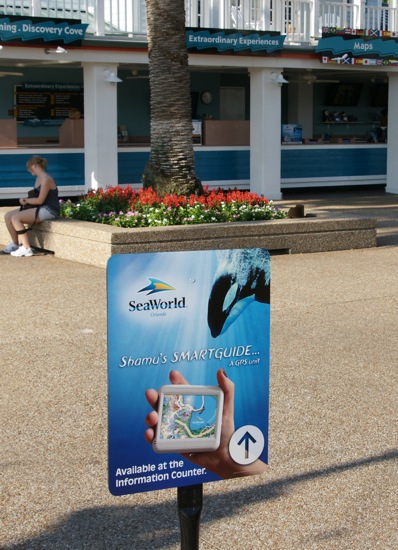 As you enter the park you’ll see this sign advertising their new Quick Queue service. For $29.95, you can have a one-time front of the line access to most of the shows and rides plus one second visit to the attraction of your choice. 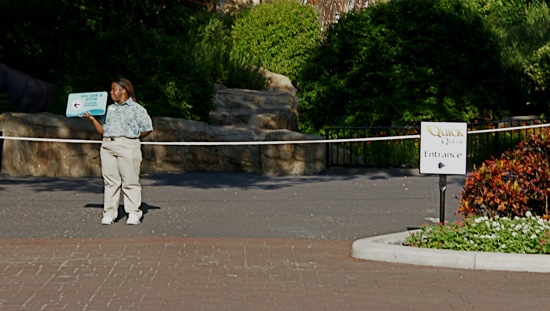 Because of the Quick Queue, some of the entrances you may be used to using may be now reserved for Quick Queue users. You’ll see the Quick Queue signs all over the park, such as this one at the Sea Lion & Otter Stadium. 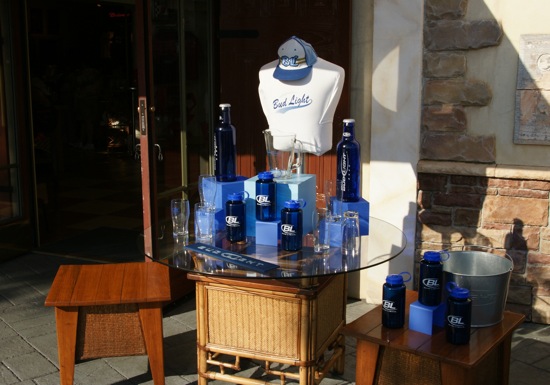 I wonder what will happen with all of the beer merchandise if the park is sold by InBev? This store is nothing but. 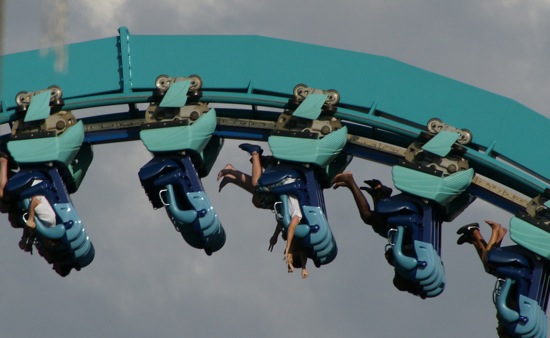 An upside-down look at Kraken, taken from the Sea Lion & Otter Stadium. 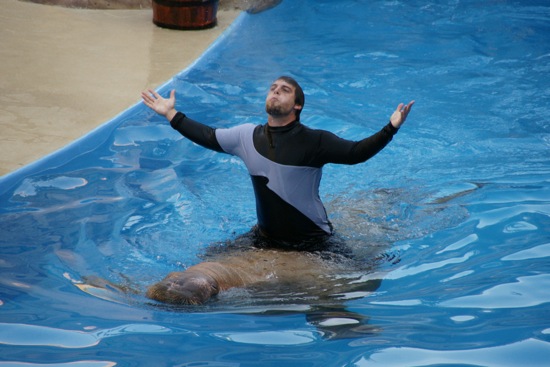 The Sea Lions Tonite show is just about the same as last year’s. But the line about those with mice on their shirts not being allowed to ride Kraken was taken out. 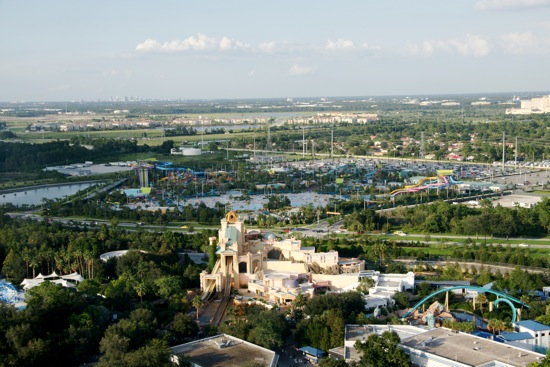 A look at Aquatica from the Sky Tower. That’s Journey to Atlantis in the foreground. 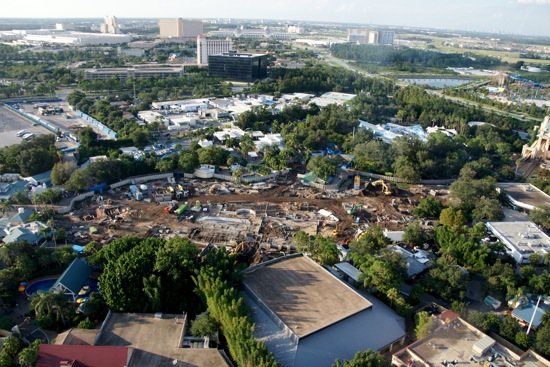 It looks like they have a ways to go before the new Manta coaster is ready to ride. It’s supposed to open next summer. 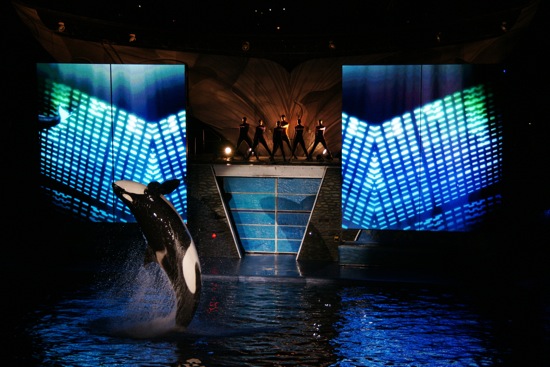 Shamu Rocks was the same as last year as far as I can remember. 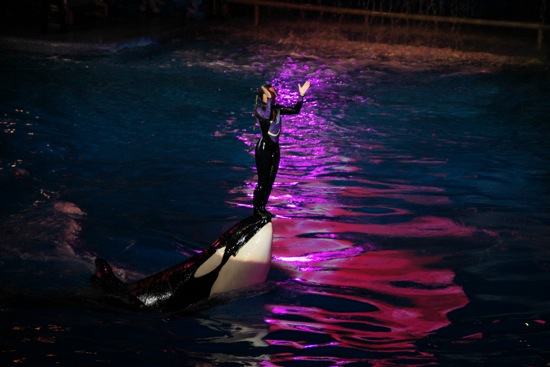 Another pic from Shamu Rocks. You can really tell where Orlando’s visitors are during the Shamu Rocks countdown if you listen to the cheers when they announce different cities around the world. Last night London U.K. cheers were as loud as the Orlando ones. I’m guessing a few weeks ago the Brazil cheers would have been loudest. 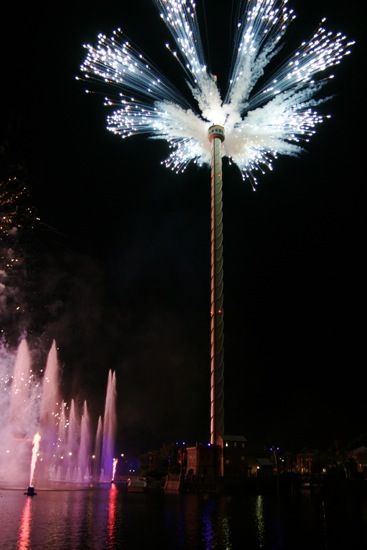 The best effect during the Mistify night-time show is at the end when the fireworks go off of the top of the sky tower. 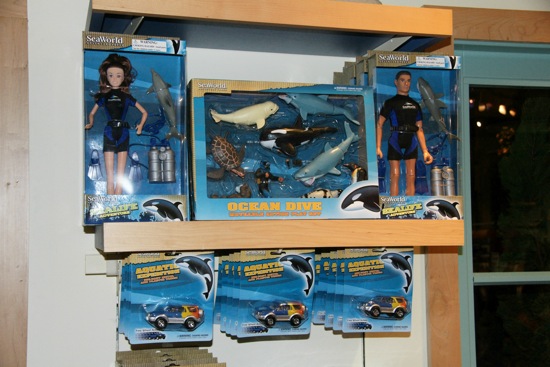 Now you too can pretend to be a SeaWorld trainer. 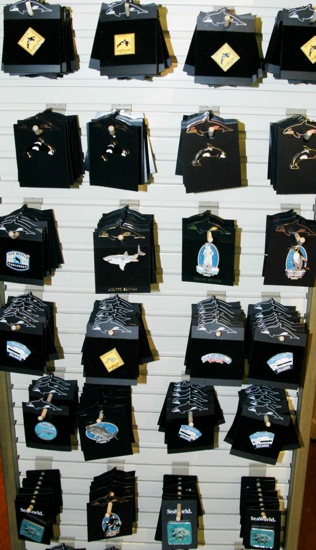 A look at some of the pins offered at SeaWorld for you pin traders out there.

I never realized they offered music from their various shows. They also have a DVD available of the Believe show.

Yeah, winter vacation for our schools ended by the end of July, so most Brazilians should be long gone by now. 🙂

You didn’t know SeaWorld offered audio Cds of certain shows? it takes like a year to get clearance but they do offer them… Busch Gardens sells an audio CD of Katonga.

I never really looked at their CDs, although I figured they probably had some.

D: no pins this season