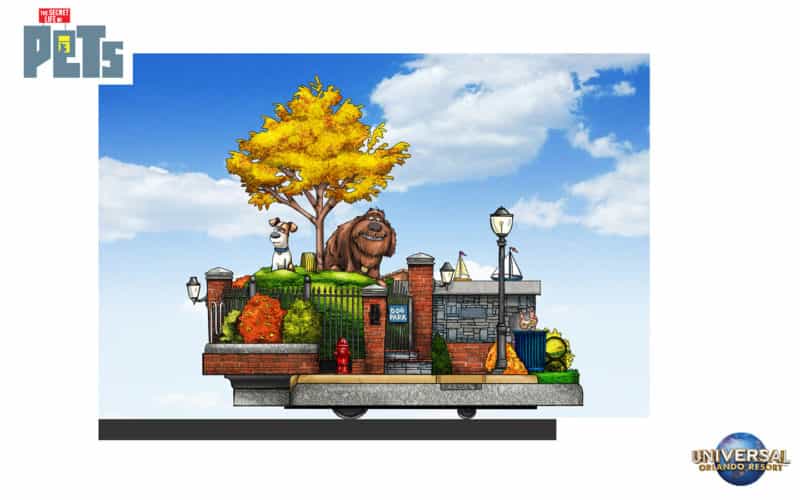 Furry friends from one of 2016’s biggest animated hits are coming to Universal Orlando next month when The Secret Life of Pets floats join Universal’s Superstar Parade starting in December.

Starting this December, Universal Studios Florida guests can experience some memorable moments from Illumination Entertainment’s hit, The Secret Life of Pets as they come to life in Universal’s Superstar Parade. Two all-new parade floats will give guests the chance to interact with their favorite characters from the film and get a glimpse into what happens when the pet owners are away.

The world of The Secret Life of Pets will be brought to life in two incredibly detailed floats. The first is themed after Central Park and will feature the film’s two main characters, Max and his unlikely friend Duke. The second float will showcase the apartments and skyline of The Big Apple from the film. It will house even more memorable characters including the head-banging Leonard, Buddy (and his unique massage mixer), fearless leader Snowball, Gidget, Chloe and more. And – for the first time ever – some of the characters will talk with guests. 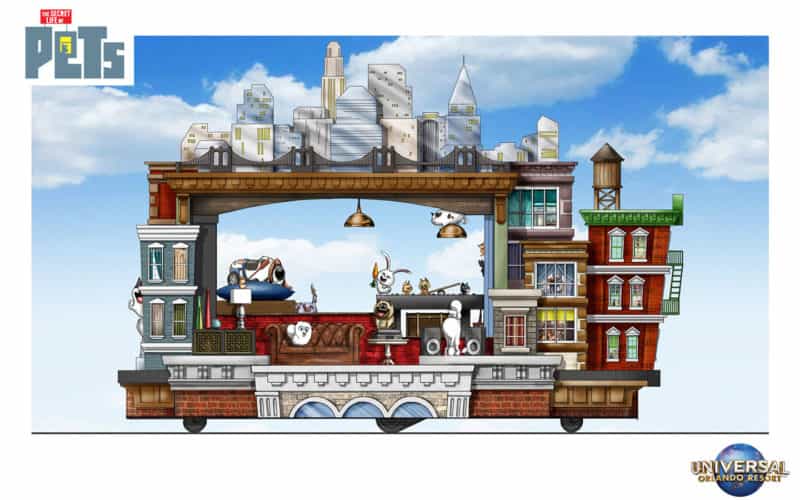 The all-new floats will be surrounded by high-energy performers dressed as ordinary pet owners, who will dance, bounce – and even do parkour gymnastics – to a remake of the dance classic “Bust a Move” as the floats make their way down the streets of Universal Studios Florida. The new Secret Life of Pets floats replace the original HOP floats, which were retired from the parade earlier this month.

In addition to performing in the parade, multiple times throughout the day, the floats and performers from The Secret Life of Pets will put on a special show in front of Mel’s Drive-In. This will be your chance to talk to your favorite pet characters and take pictures.

Video tour of Harry Potter and the...