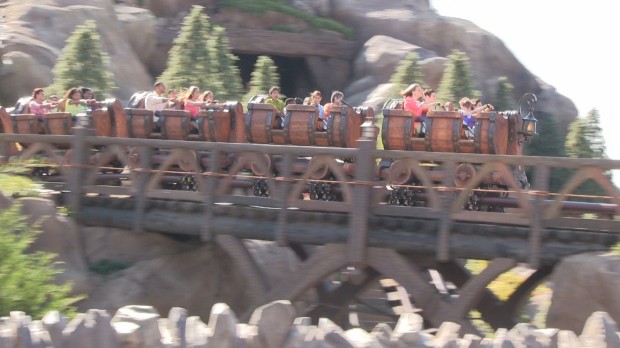 Filming for a new Disney commercial took place today on the Seven Dwarfs Mine Train, with extras being the first riders on the new attraction.

Extras with bright clothing were brought in to act as riders while Disney set up camera on and around the Mine Train mountain to film their rides for a new video advertisement. Many takes were done throughout the morning, even with two camera attached to the ride vehicles.

Taking into consideration the show scene inside the mountain, we estimate the ride time from start to finish to be a little over two minutes. The cars doesn’t seem to be swinging a lot, but it could feel greater while riding.

Soft openings should start for the Seven Dwarfs Mine Train very soon. The dedication for the ride is scheduled to be on May 2, so it may officially open later that day. But no official opening date has been announced.

The first paragraph was pretty much all I needed to know. I wish OAM was invited to be a part of the promotion. It would have provided a better perspective.