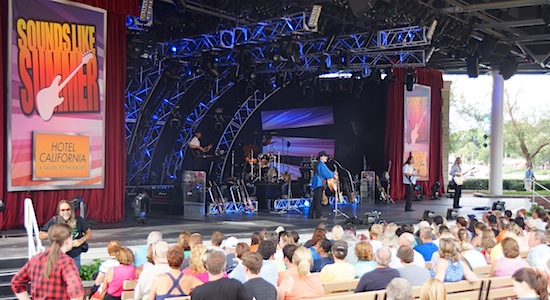 You won’t find Bon Jovi or Billy Joel performing at Epcot this summer, but your ears may deceive you as you walk around World Showcase. The Sounds Like Summer concert series is returning this year with seven different official tribute bands.

I just do not understand why they don’t look in their own backyard at the 40 + amazing tribute shows in Florida?! We have a Billy Joel, U2, Skynyrd etc. all at http://www.maximumbands.com/tribute

Vanessa Williams and Adventurers Club to be...