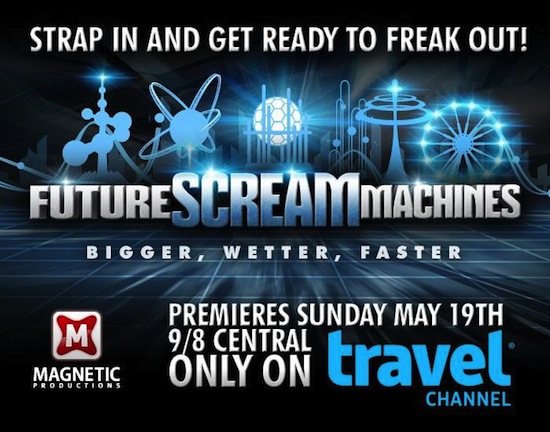 A new theme park-related show is premiering this Sunday on the Travel Channel. Look for “Future Scream Machines: Bigger, Wetter, Faster” at 9 p.m. May 19, 2013.

The show is described on the Travel Channel website as:

Strap in and get ready to freak out — we’re taking an in-depth look at never-before-seen, cutting-edge technology that will soon be hitting amusement parks around the world. From behind-the-scenes action at the world’s premiere amusement park expo to one of the biggest announcements in roller coaster history, we’ll give you a front row seat to all the action!

Photo Finds – ‘New Soarin’ Around the...

Water lilies seem too big to be...