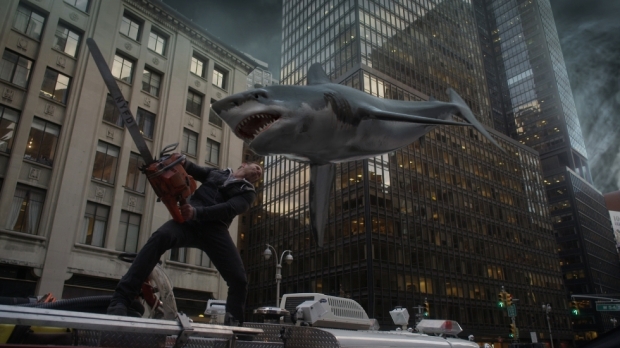 Even though The Jaws Ride closed 3 years ago, sharks will still be terrorizing guests at Universal Orlando in the form of a Sharknado.

The Syfy and The Asylum production Sharknado 3 is currently shooting key scenes at Universal Orlando Resort through Feb. 25. A few Universal landmarks may even be taken out by the shark/tornado hybrid in the finished film.

Featuring stars Ian Ziering, Tara Reid and Cassie Scerbo, Sharknado 3 will premiere on Syfy in July, causing mass destruction in the nation’s capital, Washington, D.C., before roaring down the Eastern Seaboard and into Florida. Ziering and Reid will reprise their roles as Fin and April, respectively, while Cassie Scerbo will play Nova, her character from the original 2013 Sharknado movie.

When it aired last July 30, Sharknado 2: The Second One became Syfy’s most-watched Original Movie ever with 3.9 million total viewers.

Behind-the-scenes at 'Back To Neverland' with Walter...