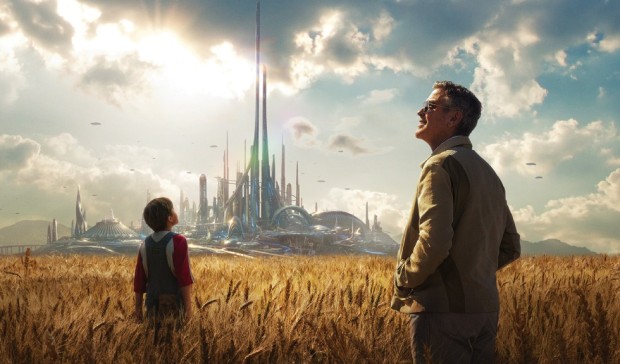 You wanna go? Starting in April guests at Epcot and Disneyland will be able to journey to “Tomorrowland” during a special preview of the new film.

The Disney Parks Blog announced that exclusive sneak previews of scenes from “Tomorrowland” will be available for guests to experience inside the Imagination Pavilion theater at Epcot and the Tomorrowland Theater at Disneyland. Special in-theater effects will accompany the screenings as well. Also, Disneyland guests will be able to see an exhibit featuring artwork and props from the film.

No word if Captain EO will return to the Imagination Pavilion theater once this preview ends.

From Disney comes two-time Oscar winner Brad Bird’s riveting, mystery adventure “Tomorrowland,” starring Academy Award winner George Clooney. Bound by a shared destiny, former boy-genius Frank (Clooney), jaded by disillusionment, and Casey (Britt Robertson), a bright, optimistic teen bursting with scientific curiosity, embark on a danger-filled mission to unearth the secrets of an enigmatic place somewhere in time and space known only as “Tomorrowland.” What they must do there changes the world—and them—forever.

The special preview will begin at Epcot and Disneyland in mid-April. “Tomorrowland” opens in theaters on May 22, 2015. 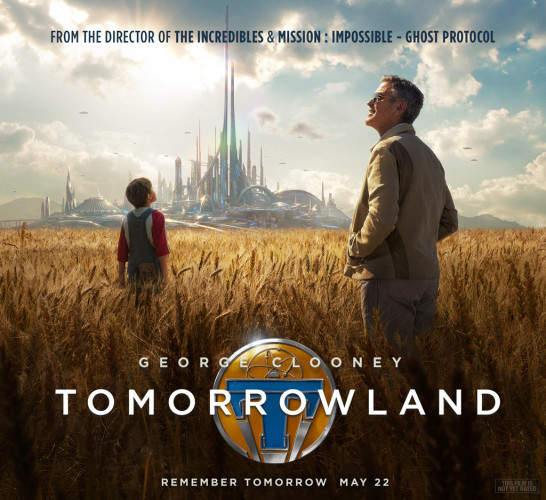 Can’t wait for tomorrowland to come out, looks like it should be a really great film and this sneak peek is a good idea to help promote the film more.