Space Shuttle Orbiter Discovery now on display at the Smithsonian 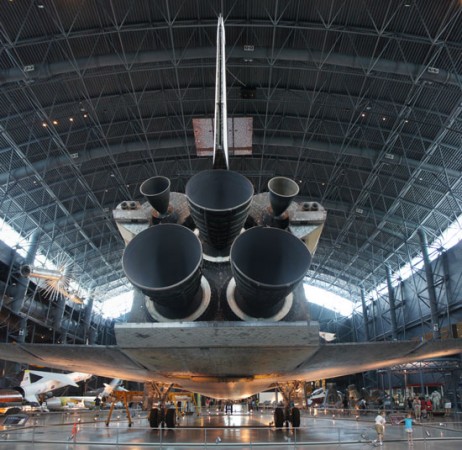 Several weeks ago the Space Shuttle Orbiter Discovery left the Kennedy Space Center on its final flight. It was carried onboard a 747, and was flown to the Dulles Airport outside Washington DC. Discovery was quickly added to the Smithsonian collection, at the Steven F. Udvar-Hazy Center.

This video shows what it is like to slowly circle Discovery and absorb all the detail. The video also includes some footage from a 1994 NASA employee tour for comparison. 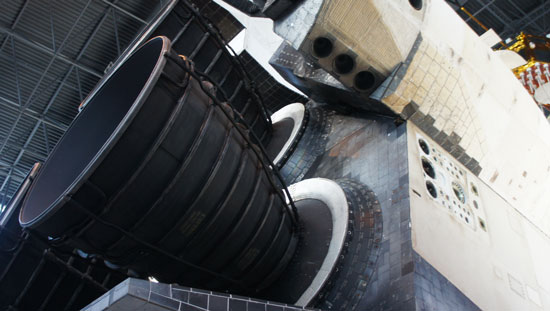 It is incredible to be so close to Discovery and notice details that you never noticed before. For example, note the tiles that are beveled at the base of the rocket motors. As well as the smaller rocket motors used to adjust the orbiter’s position while in space. 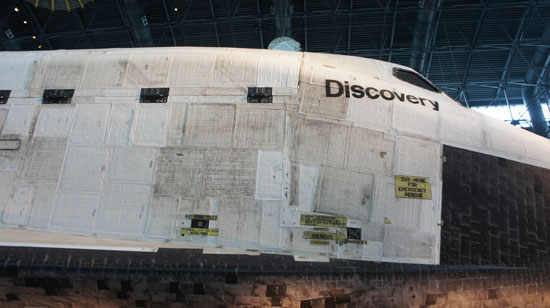 The thermal fabric lining on the sides is also fascinating to see up close. Below are some close up views of areas seen above. 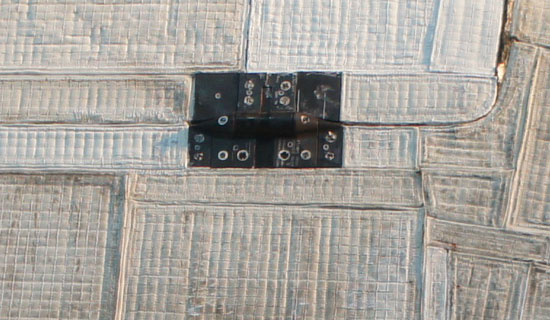 The area around a hinge for the payload bay door. 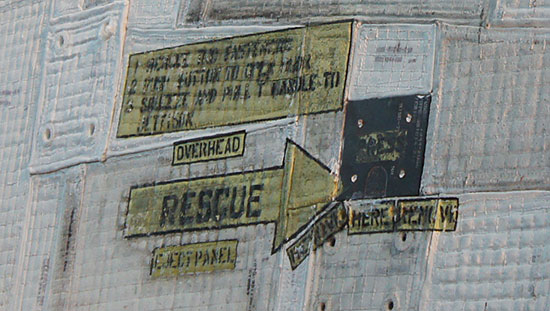 Instructions for rescue have been eroded from friction of the Earth’s atmosphere on re-entry. 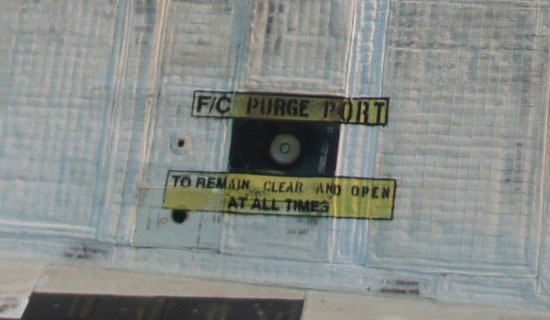 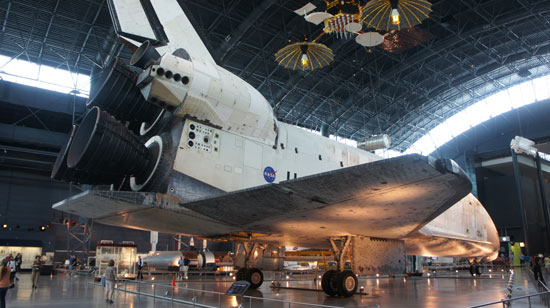 Discovery is mostly in the same condition it was when it last returned to Earth. However, some areas seem to have repair. 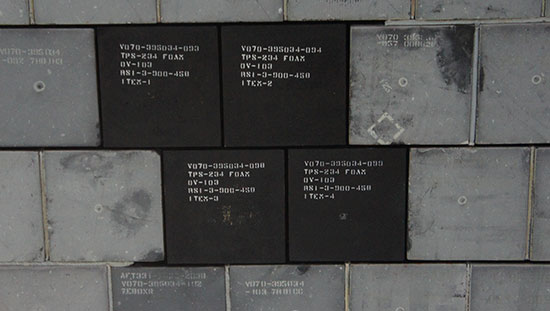 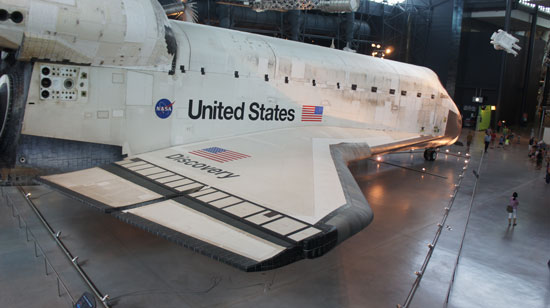 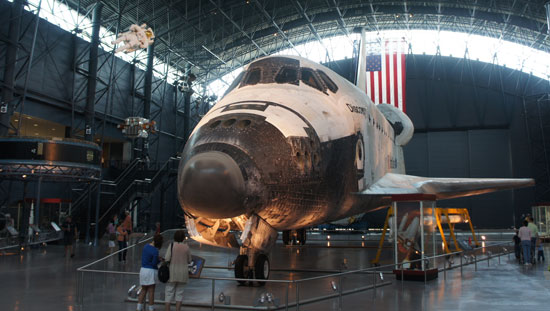 Discovery is well-worth seeing during a trip to Washington DC.

National Air and Space Museum gets a new...

‘Hamilton: History Has Its Eyes on You’...