Baseball fans visiting Walt Disney World over the next five weeks will be able to catch the Atlanta Braves spend their final spring training season at ESPN Wide World of Sports Complex. 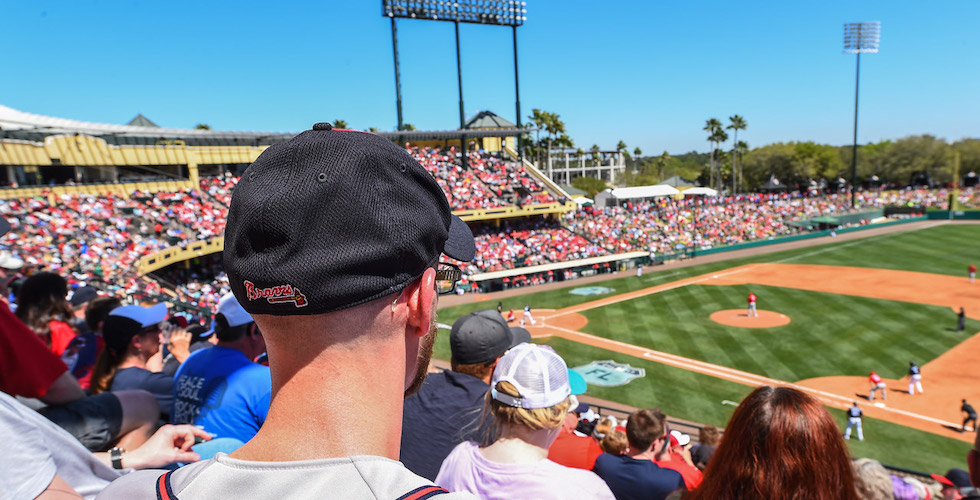 Pitchers and catchers will report to the complex on Feb. 15, and the team will continue training through its final spring training game at Champion Stadium on March 23 with the New York Mets. The team will be moving its spring training operations to Sarasota County in North Port, Fla. in 2020.

The Braves’ first home spring training game will be on Monday, Feb. 25, when the team hosts the Washington Nationals at 1:05 p.m. at Champion Stadium. In addition, the team will play two games against the Astros on March 4 and 17 and play one game against the Yankees on March 18.

Other teams that will go up against the Braves include the Tampa Bay Rays, Toronto Blue Jays, Philadelphia Phillies, Detroit Tigers, and the Miami Marlins. Atlanta’s 16-game home spring training schedule will also include three nighttime games, all starting at 6:05 p.m.

You can find tickets to these games now at Braves.com/SpringTraining, as well as though Ticketmaster at (800) 745-3000, and at the ESPN Wide World of Sports Complex box office.