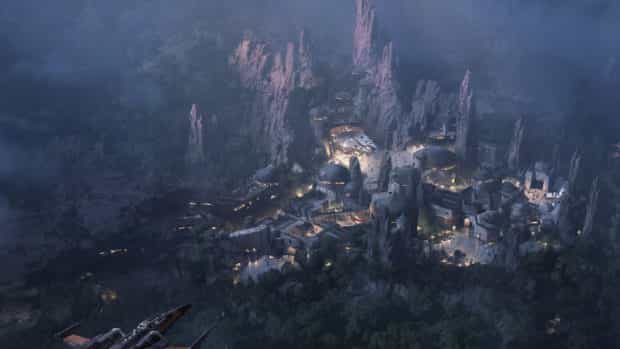 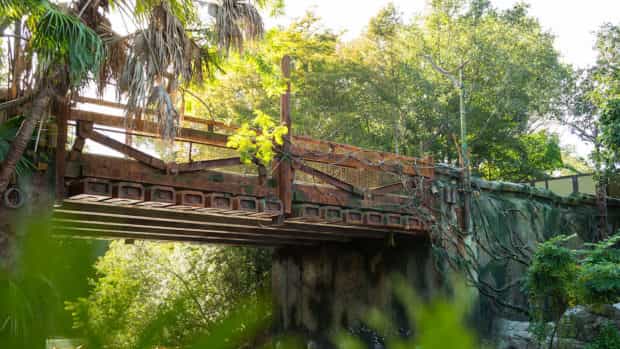 According to the storyline developed by Walt Disney Imagineering and Lightstorm Entertainment, this bridge was built during a time when a destructive company called the RDA – Resources Development Administration came to Pandora. Now that they are long gone, nature is breaking down evidence of their presence. This bridge will soon serve as an entry into the base camp of Alpha Centauri Expeditions, the eco-tour group that will host explorers on their Pandora adventure.

Chapek also gave a first look at the new Satu’li Canteen, which is the main dining establishment for Pandora, featuring Na’vi art and cultural items; Windtraders, where travelers can purchase Na’vi cultural items, toys, science kits and more; and the Pongu Pongu, a drink location with a design that is as eclectic as its Expat owner.

Finally, it was teased by Chapek that Epcot will be receiving some major work in the near future to make the park more Disney and family-friendly, while still being true to its original vision.

Disney purchasing Marvel – What will this...