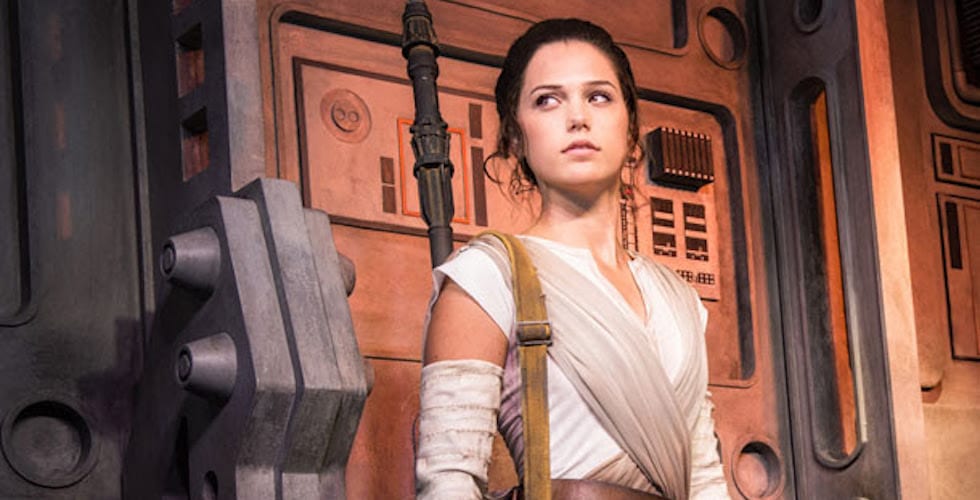 Brand new experiences are coming to the Disney Fantasy for Star Wars Day at Sea.

As part of the “12 Days of Disney Parks Christmas,” the Disney Parks Blog announced today that new experiences featuring the Resistance, the Dark Side, droids and more are coming to Star Wars Day at Sea aboard the Disney Fantasy in 2018.

To start the celebrations of Star Wars Day at Sea, a one-time experience the night before the event will feature Darth Vader and his Stormtroopers as they march into the ship’s atrium for an Imperial takeover.

Kylo Ren will make his appearance in “Jedi Training Academy,” where young padawans will summon their courage to face both Kylo and Darth Vader.

Rey will take the stage during “Summon the Force,” a nighttime deck show that will celebrate memorable moments from the “Star Wars” films, including new and old favorite characters, and epic fireworks accompanied by John Williams’ iconic score.

In “Porgs Onboard! Scavenger Hunt,” Chewbacca invites guests to help him track down the ports that have been causing mayhem throughout the ship. Guests will find and decode messages to help solve a ship-wide quest, and be greeted by everyone’s favorite Wookiee at the end of their adventure.

In the days leading up to Star Wars Day at Sea, guests can watch all of the “Star Wars” films in the Buena Vista Theatre, all leading up to a showing of the latest film, “Star Wars: The Last Jedi.”

These are the droids you’re looking for

C-3PO will make his appearance in Star Wars: Command Post in Disney’s Oceaneer Club. Kids will be able to participate in a special activity where they will train to become members of the Resistance and fight off the First Order. C-3PO will pay a visit to check in on their training.

The whole family will be able to join in for a round of Droid Racing, where guests will race BB-Unit droids around a course in the ship’s atrium.

Guests will also be able to become master droid builders in a hands-on activity as they create intergalactic droids.

Fun for the whole family

New for 2018, guests are guaranteed a time to meet and take photos with R2-D2 and C-3PO, as well as Chewbacca and Darth Vader by reserving their spot for character encounters online. These reservations can be found online under the My Disney Cruise section of disneycruise.com.

During Star Wars Drawing Academy, guests will be able to learn how to draw some of their favorite “Star Wars” characters, as well as a new character from “Star Wars: The Last Jedi.”

Guests will also be able to pose with a life-size replica of Han Solo frozen in Carbonite, as well as other cool “Star Wars”-themed backdrops.

There will also be “Star Wars”-themed interactive games, activities and trivia for the whole family to take part in, which will be hosted by Disney Cruise Line staff in the D Lounge and on the pool deck.

All of these new activities and experiences are included in a Star Wars Day at Sea cruise. Stay tuned to our website, Twitter and Facebook for more updates during the “12 Days of Disney Parks Christmas.”

Spoiler-Free Movie Review: ‘Star Wars: The Last Jedi’ is a nostalgic and emotional race against the clock