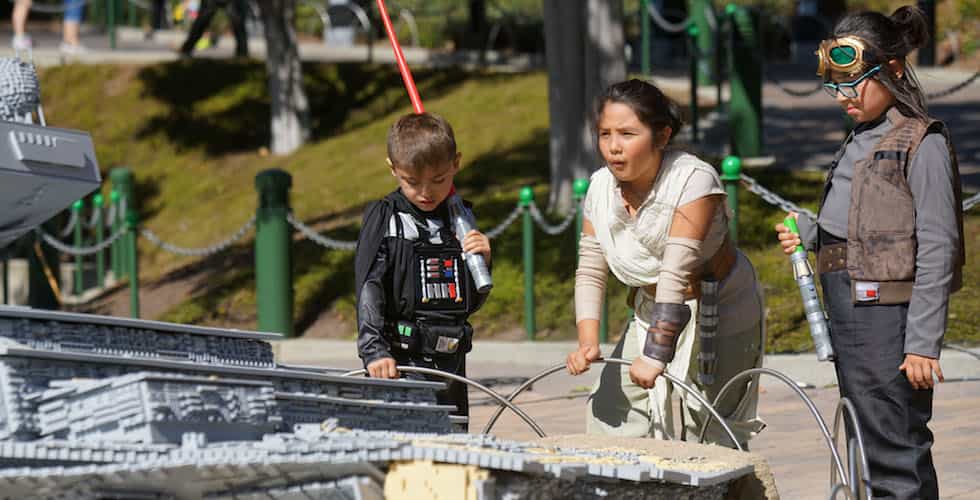 Guests will be able to see their favorite “Star Wars: The Force Awakens” scenes in a whole new way at Legoland California Resort.

Star Wars Days has returned to Legoland California Resort now through June 4, with stormtroopers, Jedi and event Darth Vader at the ready to take over the park.

These scenes include Poe being captured by Kylo Ren on Jakku; Poe and Finn as they escape from the Star Destroyer Finalizer; BB-8 being rescued by Rey; Finn, Rey and BB-8’s escape from Niima Outpost; the escape from the Starship Graveyard; and the wreck of Poe and Finn’s TIE Fighter. This display has lights, animation and sound effects to bring these iconic scenes to life in Lego form.

Access to the Lego “Star Wars: The Force Awakens” Miniland model display, as well as Star Wars Days, are included in the cost of regular admission to Legoland California Resort. For more information on Star Wars Days, and to purchase tickets, visit legoland.com/california.

Check out our video of the “Star Wars: The Force Awakens” Miniland display below: