For Disney fans excited for the release of both “Star Wars: Episode IX” and “Frozen II” later this year, you might want to mark your calendars! 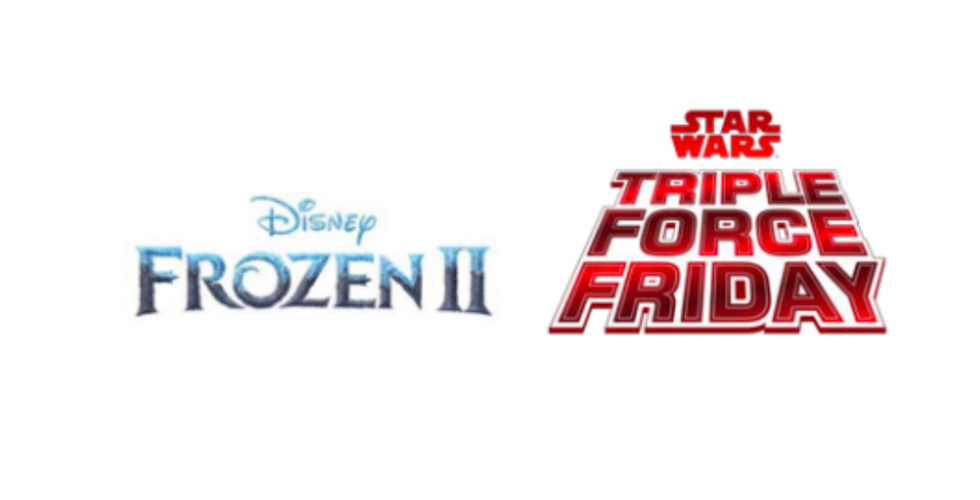 Disney has announced an unprecedented dual release of products for two of its biggest blockbuster franchises.

Starting Oct. 4, new products inspired by these two new films will begin to hit shelves around the world. This will be Disney’s first global simultaneous rollout for two huge blockbusters, and retailers around the world will offer unique celebrations for each franchise to commemorate the event.

some“This is truly an epic moment for fans, families, and retailers as products for two of the biggest-ever entertainment franchise hit shelves simultaneously,” said Ken Potrock, president of Consumer Products Commercialization. “We’ll be working with our partners to create suitably spectacular celebrations for each, in line with the excitement and anticipation of the legions of ‘Star Wars’ and ‘Frozen’ fans around the globe.”

Triple Force Friday will celebrate the launch of a brand-new range of products from a trio of original “Star Wars” entertainment events, including products inspired by:

Products will include everything from toys to collectibles, housewares, books, apparel, and more that will go on sale starting 12:01 a.m. on Oct. 4, 2019. Stores around the world will celebrate with in-store events and midnight openings.

“With Disney’s ‘Frozen II’ and “Star Wars: Episode IX’ both launching in the same year, it will be a notable time for the toy industry,” said Juli Lennett, vice president, industry advisor for The NPD Group’s U.S. toys division. “If history is any indication of future success, both ‘Frozen’ and ‘Star Wars’ will be among the top-selling properties of 2019, just as they were in 2014 and 2015/2016, respectively.”

More details on Triple Force Friday will be revealed closer to the event. The new products will be kept under wraps until Oct. 4, but additional new products will continue to roll out leading up to the film’s theatrical release and beyond.

Disney’s highly-anticipated sequel, ‘Frozen II,” will make its big screen debut on Nov. 22, 2019. To celebrate the new film, Disney and retailers around the world will kick off Frozen Fan Fest on Oct. 4.

Frozen Fan Fest will feature new product reveals, musical moments, in-store events and more. These fan experiences will continue until the film’s release date, and products will continue to roll out afterward. The “Frozen II” products will include toys, apparel, fashion accessories, housewares, books, and more.

More details on Frozen Fan Fest will be revealed later this year.

Check out the teaser trailer for “Frozen II” below: