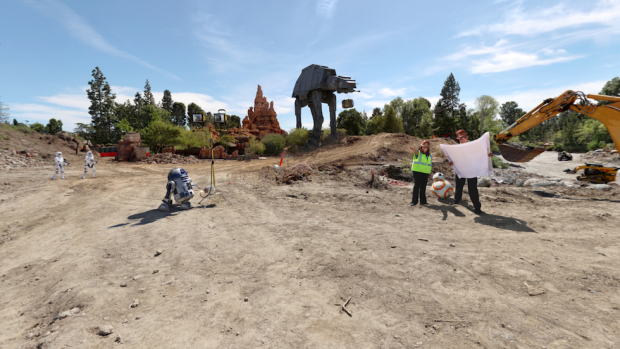 A galaxy far, far away is officially on its way as groundbreaking occurred for Star Wars lands on both coasts recently.

To commemorate the official groundbreaking of the 14-acre Star Wars-themed lands at Disney’s Hollywood Studios and Disneyland Park, the company released a 360-degree photo of the construction site at Disneyland.

Work has now begun to build the largest-ever single-themed land expansions, where guests will be transported to a never-before-seen planet inhabited by humanoids, droids and many others and they can experience their own Star Wars adventures. 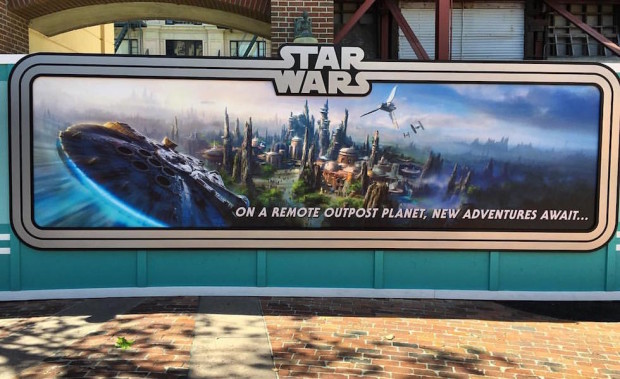 At Hollywood Studios, so far only Catastrophe Canyon has been cleared for the land expansion, but walls with the Star Wars artwork have popped up around the Streets of America area, which is now closed to make way for the new land. Take one last look at the Streets in our video below:

Streets of America details and walkthrough at Disney's Hollywood Studios

Review of Disney’s After Hours event at Magic Kingdom