Stars in the Parks: Brad Garrett 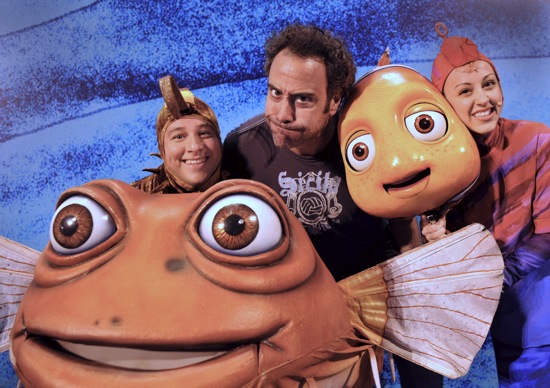 Comedian Brad Garrett (Everybody Loves Raymond, 'Til Death) does his best blowfish impression April 1, 2009 alongside two characters from the "Finding Nemo - The Musical" show at Disney's Animal Kingdom. The show is based on the animated Disney-Pixar film "Finding Nemo." Among the show's featured characters are "Bloat," a blowfish (left), who was voiced by Garrett in the feature film, and Nemo (right). Photo by Gene Duncan

Thats a cool picture 🙂 I’ve always found Brad Garrett to be quite entertaining.

Meet characters from Cars 2 during Downtown...