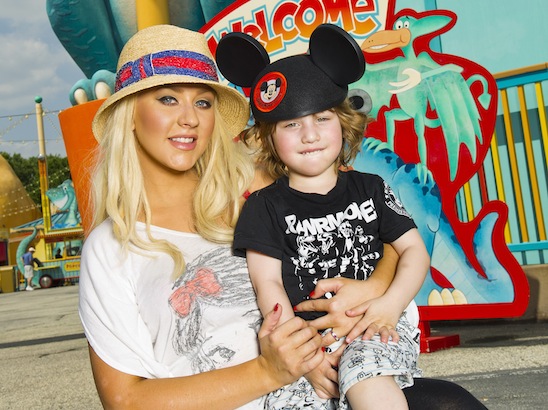 Grammy Award-winning singer Christina Aguilera poses with her son Max, April 11, 2011, in Disney’s Animal Kingdom. In the early 1990s, Aguilera starred on The New Mickey Mouse Club, a musical variety series taped at Walt Disney World. On April 26, Aguilera will debut as one of four musician coaches on the new NBC vocal competition series The Voice.

Of all the lavishly themed areas of the Disney parks, they had to pick Dino-Rama for the background 🙂