Stars in the Parks: Indy 500 winner serves as grand marshal at Magic Kingdom 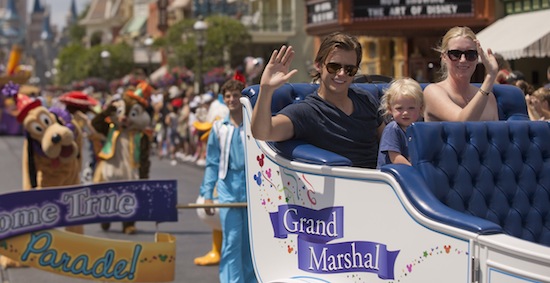 Reigning Indianapolis 500 champion Dan Wheldon, his wife Susie and two-year-old son Sebastian, served as the grand marshals in the daily parade at the Magic Kingdom today.

Here Dan talks about the Indy 500 victory, his future racing plans and his visit to Disney World.