Stars in the Parks: Jon Bon Jovi at Hollywood Studios with Goofy 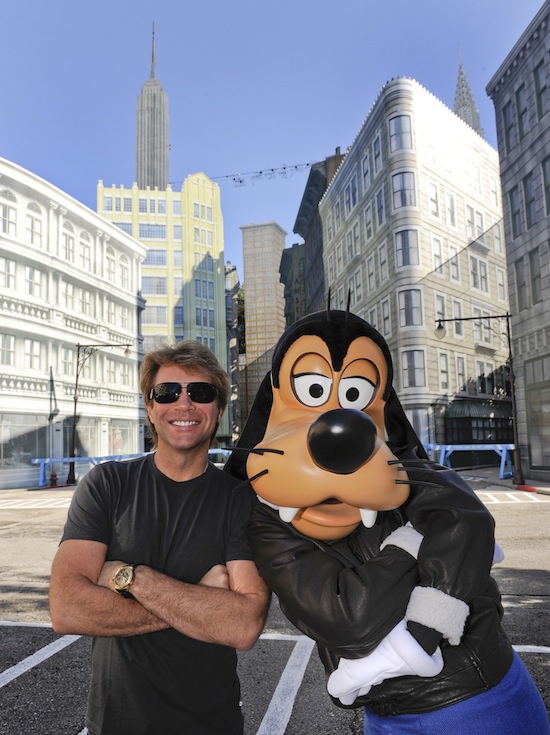 Singer Jon Bon Jovi poses with Goofy on the New York Street backlot set at Disney’s Hollywood Studios. Bon Jovi and his band, who have sold more than 120 million records in a career that spans 26 years, released their newest album, “The Circle.” The group will begin a world concert tour in early 2010. They’ll perform at the St. Pete Times Forum in Tampa on April 17, 2010.