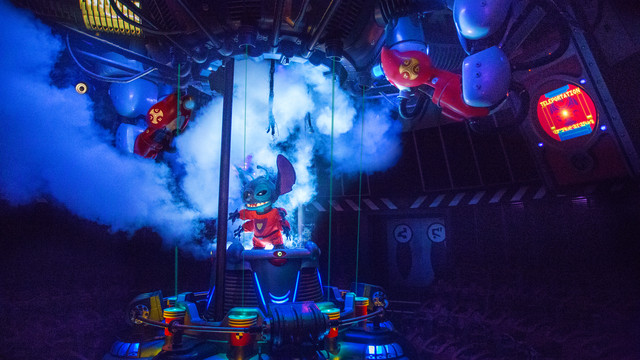 The day after the Magic Kingdom celebrates its 45th anniversary on October 1, it will temporarily shutter one of its least popular attractions, as Stitch’s Great Escape in Tomorrowland will only operate seasonally starting October 2.

Historically, “seasonal operation” means that Stitch’s Great Escape will only be open during peak attendance periods, like holidays, and may be on its way to permanent closure. Stitch is currently expected to reopen for Thanksgiving and Christmas weeks, but any operation beyond January 2017 is currently unknown.

Recently, rumors have circulated about a Wreck It Ralph-themed virtual reality attraction that could take Stitch’s place, much as the mischievous multi-armed chili-belcher evicted Alien Encounter before him, like the Mission to Mars and Rocket to the Moon before that.

For a refresher course on another extinguished Stitch-based attraction, watch this video of the short-lived Stitch’s Supersonic Celebration show at the Magic Kingdom: