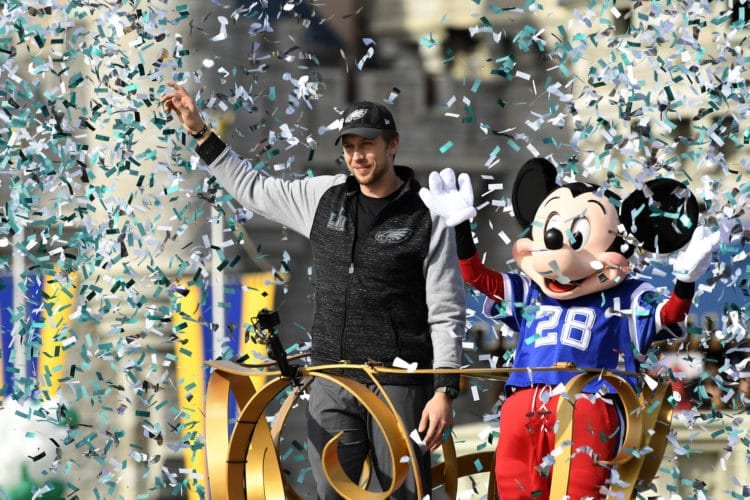 Super Bowl hero Nick Foles of the Philadelphia Eagles celebrated their big win by “Going to Disney World!” with a parade down Main Street, U.S.A. in Magic Kingdom.

In front of Cinderella Castle the day after the Eagles’ 41-33 improbable Super Bowl victory, park guests and Eagles fans lined the street as a smiling Foles waved from a float he shared with Mickey Mouse, Minnie Mouse and other Disney characters. Balloons and a blizzard of confetti in the Eagles’ team colors completed the scene.

“World champions,” shouted Foles. “To be at Disney World is unbelievable.” 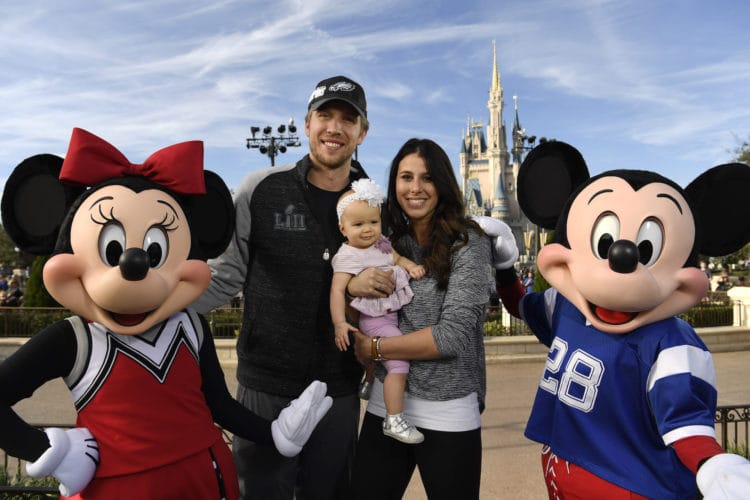 It was a magical experience for the hero of Super Bowl LII who passed for three touchdowns and caught a fourth touchdown pass (unprecedented for a quarterback in Super Bowl history) in Philadelphia’s upset victory on Sunday night in Minneapolis. A backup quarterback for most of the season, Foles stepped into the starter’s role in December and turned in a stunning performance in Sunday’s big game. His heroics helped him deliver Eagles fans their first world championship in franchise history and earned Foles the game’s Most Valuable Player award.

After the Super Bowl victory, Foles looked into the TV cameras and announced he was “Going to Disney World,” an iconic line that is part of a TV ad airing nationally.

Look for an interview with Nick Foles on the February 7 live stream of The Attractions Show.

Soldier returns with surprise for his kids...