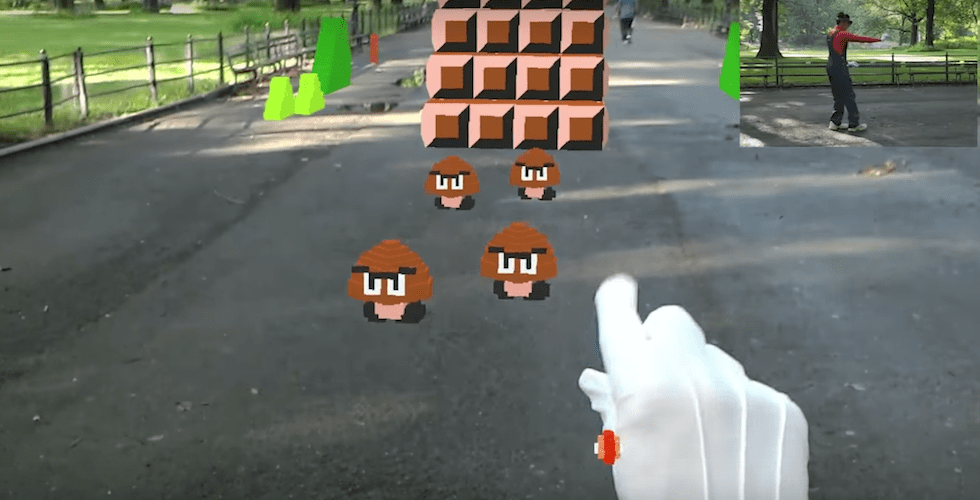 A fan-made AR game gives a possible glimpse of how augmented reality could be used for Super Nintendo Land.

Rumors are swirling over the upcoming addition of Super Nintendo Land to Universal Orlando, Japan and Hollywood. With the recent groundbreaking at Universal Studios Japan, all eyes are on Universal Creative and guests are wondering what the park plans to bring to the table. One fan’s creation may lend a clue.

The most anticipated attraction announced for Super Nintendo Land is naturally Mario Kart, being one of the most popular gaming titles that Nintendo has to offer. Rumors have suggested  augmented reality (AR) may be utilized to bring this video game classic to life. Guests may board physical carts and wear special glasses or goggles to view the AR content in the attraction.

Using this as an example of what’s possible, it’s clear Universal Parks and Resorts has a great opportunity to bring new and immersive technology to guests, as well as integrate video game properties into a theme park.

Catch up on our coverage of Super Nintendo Land at Universal Studios parks in Orlando, Hollywood and Japan with the videos below, and stay tuned to our website, YouTube channel and Twitter for future news and updates on the land as it develops.

Theme Park of the Future: A look at technology trends driving the industry to new heights